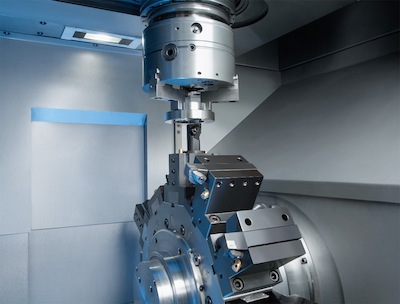 Located in the Baden-Wurttemberg Province, at the very heart of the German engineering and metalworking industries, the biennial AMB Show brings together exhibitors and visitors from around the world; but while international in its coverage and influence, the show retains a local character and distinctiveness. With a well-established role as the key information and communication platform for this cluster of metalworking industries, it has long been a key event for anyone involved in automotive production.

It is clear that the 2014 event will bring together all the biggest names in metalworking, along with the host of smaller, specialised companies that give the AMB Show so much of its character. Pfiffner, the Swiss-based manufacturer of Rotary Transfer Machinery will return to AMB to display its latest innovations in high-volume production equipment. Sophisticated CNC-controlled rotary transfer machines are likely to feature in the company’s presentation.

Avantec Zerspantechnik is another exhibitor returning to AMB, with a range of machining solutions utilising highly efficient tool system allied to intelligent manufacturing strategies. Georg Fischer, with its specialist automotive division, will be at AMB to highlight its expertise in casting processes. As a technology and market leader, the company is heavily involved with auto manufacturers and their system suppliers in lightweighting projects focused on steel, aluminium and magnesium. GF Automotive is well-placed to advise on appropriate technologies and material choices for customers in the sector. The Machining Solutions division will also be represented, as a leader in abrasion technologies.

Exhibitors from far afield
Shenyang Machine Tool Group will be attending as one of China’s leading machine tool manufacturers. The company intends to present a complete range of machine tools catering to different production environments and capacities. AMB is a natural venue for Shenyang, as much of its production is manufactured in close co-operation with German specialists from within the Baden-Wurttemberg region. Future plans include significant investment in production facilities in Ashersleben.

Meanwhile, DMG Mori will feature its Celos networked production technologies. Celos links workshop functions with other company structures, providing the basis for paperless and intelligent production. Crucial to the concept is the ability to make real-time changes in a way that carries seamlessly across different departments. AMB organisers have previously suggested that AMB 2014 is likely to reflect the trend towards sensor-based, intelligently networked control systems and the increased use of wireless production control and co-ordination technologies.

Air Turbine Tools will present its new-generation range of compact hand tools which enable reduced air consumption and constant speed under varying load conditions. Tsubaki Kabelschlepp will come to Stuttgart with an extensive range of cable covering systems and conveyor technologies, which have long been an important part of highly automated workplaces. By offering innovative solutions for the machine tool industry, the company has ensured that its technology is deeply embedded in many products to be found at the show and within the workplace. Tsubaki is also likely to show its KabelTrax wire routing systems utilising a wide range of materials.

New materials, new challenges
The automotive industry and its suppliers are by far the most important customers for the machine tool industry in Germany, generating over 40% of market demand. With an upturn in the sector after several difficult years, there is no doubt that creativity and innovation are experiencing a boost. AMB 2014 will also devote significant resources to showcasing the latest in composite technologies. As materials of the future, machine tool builders face new challenges in developing machinery that can deal with their special characteristics. 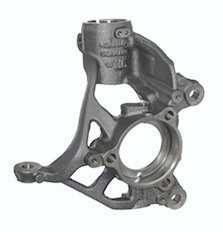 Carbon fibre reinforced plastics (CFRP) are just one type of a range of composites which are increasingly finding a place in modern vehicles, but working these materials in a cost-effective way is a key element in their future adoption in the mass market. Some of the challenges can be met by adapting features of existing machines with high speeds, five-axis machining and encapsulated spindles, so these features are certainly of interest for AMB visitors and exhibitors alike. Longer-term developments such as hybrid manufacturing methods and ultrasonic assisted machining are also likely to feature in several displays at Stuttgart.

The heterogeneous nature of composites – with wide variation in fibres and resins – presents particular problems. The key to tackling this issue lies in the close co-operation of machining engineers, their customers and research organisations. The Society for Production Engineering & Development has undertaken significant work in this field and will be represented at AMB 2014.

Issues surrounding tool wear, and the sensor systems devised to monitor such changing parameters have become ever more critical with the increasing use of composite materials. AMB 2014 will see numerous manufacturers and innovators seeking to offer their latest solutions to these challenges. The demand for precision parts, plus the specific character of automotive use of composite materials, presents new requirements to machine tool makers – the need for high quantity and high precision being quite different from composite use in other fields such aviation, marine applications or energy generation.

DMG Mori is one machine manufacturer keen to work with customers to produce innovative solutions to problems in this area. Its subsidiary, Sauer, has worked hard to develop effective hybrid ultrasonic machining concepts for use with composite materials. Dust extraction and the sealing of components are important issues for composite machining which will be addressed by a number of exhibitors.

Heller will present high-torque, high-productivity machining centres which are able to achieve significant throughput whilst dealing with a variety of hard materials including cast iron and titanium. Many of the exhibitors will be small-to-medium companies for whom AMB 2014 is the key event in the calendar. Haas Scheifmaschinen is perhaps a typical medium-sized company taking advantage of the opportunities afforded by the show. With its origins as a small craft enterprise in the 1930s, it has now become a global company selling grinding machines in numerous different markets.

Haas is keen to use the show to acquaint visitors with its innovative grinding software, which allows machines to be fine-tuned to the particular needs and characteristics of a user’s business. A new module for its Multigrind Horizon software will be introduced at AMB 2014; this solution allows users to freely define the geometry of rotating cutting tools.

Show organisers have highlighted the increasing uncertainty in the balance between economical series production and the new market-driven niche diversity that characterises the automotive industry. In particular, this encourages machine manufacturers serving the auto sector to embrace flexibility as a key design element in their products.

SWJ Engineering, a consultancy specialising in the development of production facilities for auto manufacturers and suppliers, will be at AMB 2014 and keen to discuss the implications of modularisation and similar techniques in the adaptation of facilities for future economic and market conditions. SWJ argues that the demand from the automotive sector is for non-component dependent modular systems with high flexibility, allowing changes to production volume to be handled at minimum cost.

Elsewhere, exhibitors will draw attention to the need for hybrid machine tools combining different elements of the production process. A Monforts Werkzeugmaschinen has pioneered developments in this field in conjunction with the Fraunhofer Institute for Production Technology (IPT) and is likely to be at AMB 2014, discussing its recently developed equipment that combines metal cutting with thermal surface treatments by laser.

The implementation of Industry 4.0 remains an elusive subject, and visitors at AMB 2014 will be able to gain an update on the progress made in transforming this vision into reality. The idea of networking across the various stages of the product development process is seen as an opportunity to master increasing product individualisation in the context of large-scale production. Grob-Werke has indicated that it has already taken some steps in collaboration with auto manufacturers to network its machines with peripheral systems. Visitors to AMB 2014 will be able to discuss these developments with colleagues and hear about the extent to which it is possible to digitise documentation and carry out process simulations.

AMB 2014 organisers have chosen the theme ‘Key to Markets’ for their event, and with a massive presence from the local metalworking companies along with important contributions from specialist trade and technical associations, the show continues to prove that it is an impressive nurturing force for the German metalworking industry.