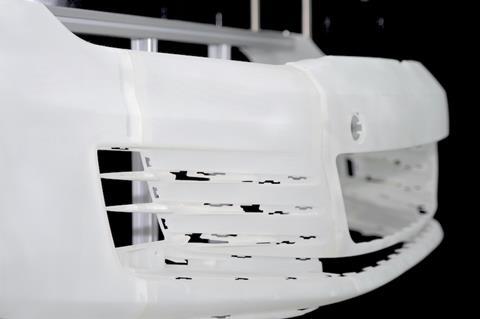 The automotive industry invested in 3D printing as soon as rapid prototyping technologies first became available in the late 1980s. Although extraordinary advances have been made in the last 30 years, mainstream automotive volumes have typically been too high to make economic sense for the end-use manufacture of most parts. However, latest industry reports suggest that the promised land of serial production is closer than we might think, with 40% of automotive participants stating that their additive manufacturing (AM) production volumes are in the millions, according to a 2020 TCT report. 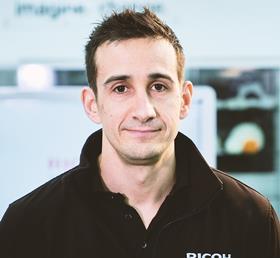 Here, Mark Dickin, who heads up the Ricoh 3D printing operation, looks at the five main ways AM has and is transforming the way that automotive parts are designed, developed and manufactured.

Rapid prototyping and testing remains the most common use of 3D printing in automotive today. The technology allows car manufacturers to test numerous aspects of a vehicle, whether that’s a bumper, a wing mirror or an engine component.

The key advantages 3D printing has over traditional methods is speed and cost, eliminating the need for expensive tooling. As a result, multiple iterations of a part can be created at the same time – and crucially now in the end-use material – to understand which version performs best.

The result is a highly-optimised part which has evolved and improved with each iteration, and a lead-time reduction from around 16 weeks to perhaps a couple of days.

Working with Volkswagen, Ricoh used a polypropylene material for a run of glove box compartments for customised emergency vehicles. The material withstood high cycle fatigue testing - opening and closing 20,000 times - something not possible with prototypes made from conventional PA12

At Ricoh 3D, our 3D polypropylene material enabled Volkswagen to achieve new efficiencies by printing parts to test production systems before investing in an injection mould and committing to mass production.

Materials such as PA12 can only be used to test the geometry of a part but, with polypropylene, Volkswagen engineers also have the benefit of testing processes including welding and assembly as the prototype is created in the final end-use material. In turn, engineers have the confidence that these parts can perform comparably to the final product.

Toyota has also taken advantage of end-use capability to trial the performance of prototype components on their test vehicles, including wind tunnel testing.

The manufacture of prototypes with AM means that Toyota is able to understand with greater accuracy how prototypes in end-use material perform under testing, reducing the end-to end development cycle of their products, delivering cost savings and harnessing the power of AM to introduce new models to market quicker.

The technology continues to move at pace. Earlier this year, our colleagues in Ricoh Japan used new technology to successfully print an entire bumper in one piece, meaning destructive testing will now also be possible on large scale parts. 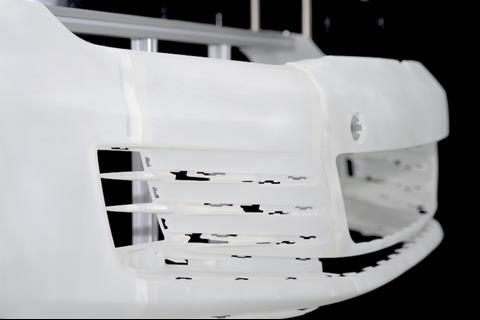 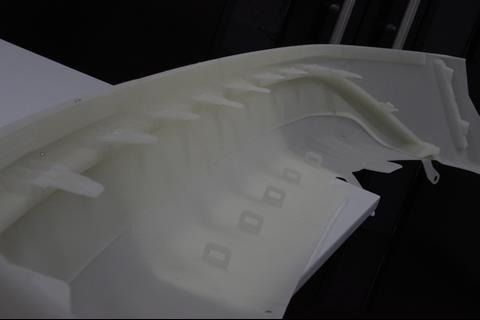 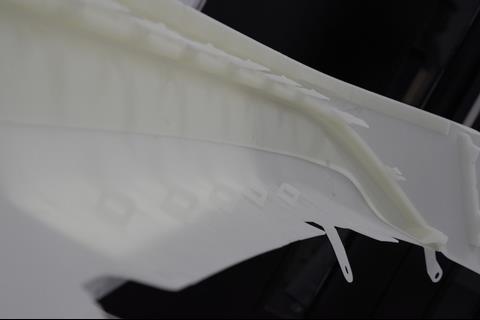 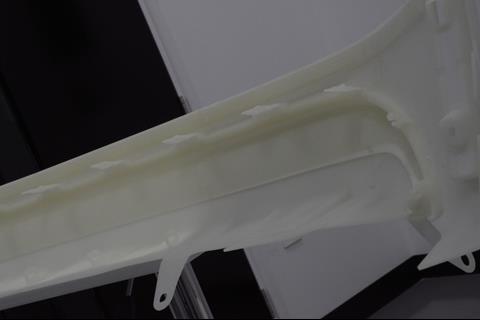 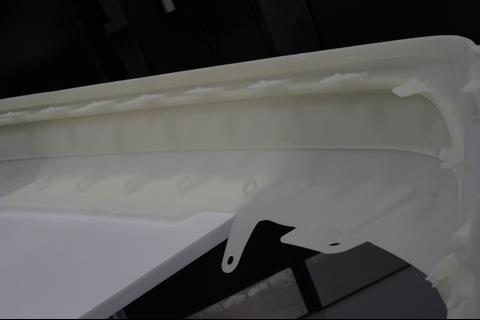 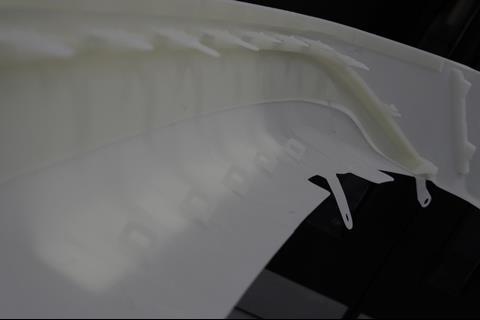 Customisation is increasingly a huge advantage of 3D printing for the automotive world, with manufacturers seeking out AM to personalise items including key fobs and even gear sticks with tailored names and colours. Giving dealerships the added value tools to aid sale is crucial in this industry.

Customers are also more aware of the technology so brands are seeing growing demand for 3D printed parts in vehicles. Indeed, Mini customers can already harness the power of AM to choose from different side decorations, personalised door handles, and LED light housing for the doors. Options include adding your signature to panels, or even the skyline of your favourite city.

Other manufacturers are using AM to improve ergonomics. In high-end vehicles such as the Porsche 911 and 718, seats can be designed to fit each individual, or door handles adapted so that they are easier for older drivers to use.

Working with Volkswagen, Ricoh used a polypropylene material for a run of glove box compartments for customised emergency vehicles where conventional manufacturing methods were not cost effective and unable to meet the lead time.

The glove compartment was tested for high cycle fatigue by opening and closing 20,000 times at different temperatures (23°C, 70°C, -23°C and 55°C), passing every test. This would simply not have been possible with PA12.

3. Optimisation and consolidation of parts

The main attraction of 3D printing for engineers is the ability to create innovative parts that are impossible to manufacture with traditional techniques. This allows designers to demonstrate more creative freedom, being able to create organic and complex geometries. Through specialist software these designs can also be optimised for performance gains, including weight reduction. Especially in performance vehicles, lightweight application is vital so the ability to replace a metal part with a 3D printed polymer alternative with no functional difference can shave seconds off the lap time.

Traditional manufacturing methods mean parts have to be designed with rigid processes in mind, but those considerations can almost be completely disregarded with AM. The end result of this is that parts that have been traditionally designed in multiple pieces with a view that the end manufacturing process can be consolidated into one.

We see this growing in prominence in automotive manufacturing across all tiers, saving time and money and eliminating failures on the production line.

You’ve got a beautiful classic car but the one part you need to make it purr is not available. What do you do?

3D printing means any part can be replicated quickly and easily in a variety of materials. Ricoh 3D worked with a well-known UK rallying company to create a part for a 1970s rally car for which the tooling was obsolete. We conducted a reverse engineering product, scanning the required part and then printing it using AM. This method has been used for anything from clutch release levers to HVAC lever arms.

It’s cost effective and it means manufacturers no longer need to keep huge stocks of parts – just a CAD file will do. In my opinion, it’s a question of ‘when’ rather than ‘if’ 3D printing dominates the spare parts sphere, opening the doors for on-demand and on-location printing. For low volume and low demand parts, it’s the obvious solution.

Efficiency on the production line is the top priority for manufacturers. Many car manufacturers utilise aids such as customised jigs and fixtures to make manufacturing and assembly processes more simple and reliable. AM or 3D printing is now being increasingly used to create these custom tools and extensions to reduce cycle times and improve worker safety. The advantages of this are three-fold; it’s much cheaper for a manufacturer to use AM to produce tooling, it’s considerably quicker and it produces more ergonomic tools for the user, therefore increasing productivity.