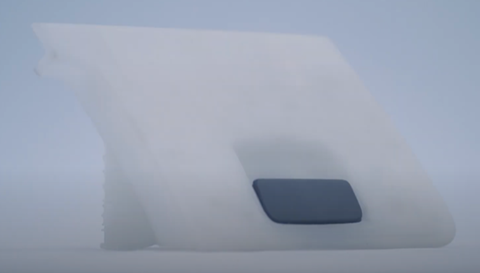 With the introduction of a material with end-use properties, 3D printing is now considered a serious production tool – especially for small series manufacturing.

The challenge: Prior to embracing additive manufacturing, The Plastic Business Segment (a division belonging to Volkswagen Group Components) had no ability to test component parts in an end-use material – instead having to rely on prototyping with materials such as PA12, which were not comparable to the final part.

The solution: Volkswagen realised the cost efficiencies of using selective laser sintered (SLS) parts in the prototyping phase. Having employed Ricoh 3D’s manufacturing capabilities and polypropylene material, VW is now able to print parts to test production systems before investing in a final injection mould. Consequently, VW process engineers can prepare and optimise the production chain weeks, if not months, before the first injected parts are ready.

Materials such as PA12 can only be used to test the geometry of a part, but with polypropylene Volkswagen engineers also have the benefit of testing processes like welding and assembly as the prototype is created in the final end-use material. 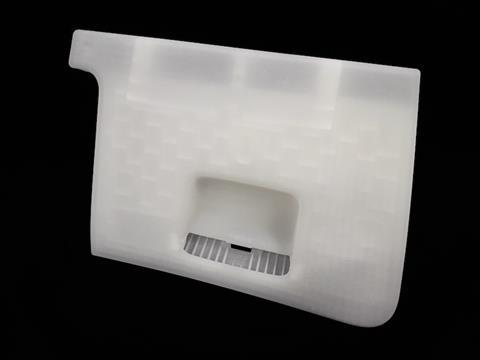 Volkswagen is able to use the polypropylene sintered parts in its production line welding stations without modifying the process parameters, unlocking significant gains in efficiency.

With the introduction of a material with end-use properties, 3D printing is now considered a serious production tool – especially for small series manufacturing.

Volkswagen realise the potential of AM to take their applications beyond prototyping. The Ricoh technology and polypropylene material were put to use for a short run of glove box compartments in customised emergency vehicles, where conventional manufacturing methods were not cost effective and unable to meet the lead time.

The glove compartment was tested for high-cycle fatigue by opening and closing 20,000 times at different temperatures (23°C, 70°C, -23°C and 55°C), passing every test. This would simply not have been possible with PA12.

The parts were then welded together with injected moulded components, demonstrating that SLS parts can be included in manufacturing processes without any extra steps.

If SLS parts can replace injection moulded parts 1:1, engineers can effectively predict the life of a final injected part using polypropylene sintered equivalents. An advance such as this in the accuracy and efficiency of Volkswagen’s manufacturing process, is opening the doors for customisation and small series production.