The automotive industry has featured prominently in the latest report from the World Economic Forum that nominates the ‘lighthouses’ – in other words exemplars at a global level – of excellence in the implementation of industry 4.0-led procedures. AMS speaks to one of the OEM nominees form the report, Ford Otosan, about the plans and activities that characterise the progress made. 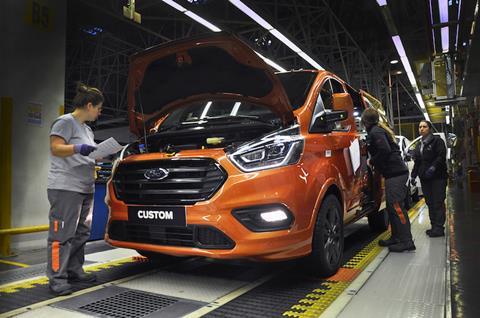 In 2015, Ford Otosan made the decision to implement an Industry 4.0 strategy and embarked on an initial 12-month programme of research and benchmarking aimed at giving it a thorough understanding of what the concept involved and what would be necessary to implement it. As Güven Özyurt, assistant general manager – operations, confirms: “We included innovation in our strategic pillars with the main application of this in direct manufacturing being Industry 4.0.”

The company is joint venture between Ford Germany and Turkish business Koç Holding. By the end of 2018 it had a production capacity of 455,000 commercial vehicles, 75,000 engines and 140,000 powertrains making it the biggest commercial vehicle production centre for Ford in Europe. It operates three production sites in Turkey – Gölcük, which the company describes as ‘the Transit model’s lead manufacturing plant in the world’, Yeniköy and Eskişehir, the first two of which are colocated in a single compound in Kocaeli, in the northwest of the country and around a 50-minute drive from Istanbul. 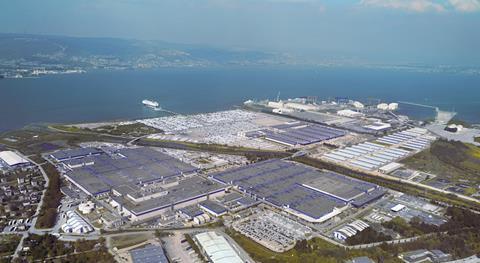 A point made by the WEF report is that in common with a lot of automotive manufacturers previous investments made by the company had created the groundwork for an Industry 4.0 strategy: “It had well-integrated automation systems with interconnectivity features already installed.”

But two important elements were missing. The first was “a framework that could facilitate data collection and analytics.” The second was “the type of mindset change that would enable the firm to assess the projects during the initial phases when uncertainty about ROI presents a challenge.”

But Özyurt confirms that the company was confident it was approaching the task from a position of strength. “We did a lot of benchmarking and supplier reviews but we started this application while we were at our best,” he states.

“It was not because we were lagging behind, but because we wanted to stay ahead as we move towards future customer needs that would bring significant increases in complexity.”

The impact of the approach is substantial, including a 6% increase in overall output without additional robots or labour, die-manufacturing time reduced by 47% and capacity increased by 31% 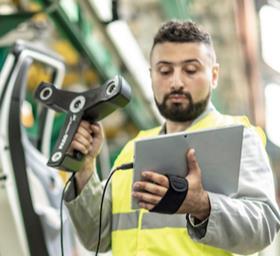 Nevertheless Özyurt also makes it plain that Ford Otosan embarked on the initiative with a sense of realism and an understanding that beneficial results would not be an automatic consequence. It did so by means of what it describes as a ‘problem-based design approach’, which effectively meant targeting specific areas of identified weakness.

“Industry 4.0 is a set of big waves moving at different speeds and requires interested parties to take risks into unknown territories,” he observes.

“We used our resources in the areas where there were already some problems to be addressed. This made sure that we had quick returns with minimal work implemented.” 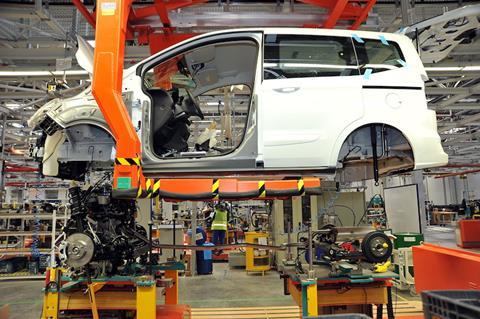 Ford Otosan’s existing IT infrastructure provided a foundation for its Industry 4.0 initiative

How can Industry 4.0 boost output?

As the WEF report relates this has produced some impressive results. ‘The impact of the approach is substantial, including a 6% increase in overall output without additional robots or labour, die-manufacturing time reduced by 47% and capacity increased by 31%,” it states.

‘Robot failures accounted for 49% of total failures and an annual 8.7% failure rate reduction was achieved through a system that enables real-time robot data collection and analysis. Together with automatic bottleneck analysis tools and a cycle-time management system, the site realised an increased overall output of 6%.” 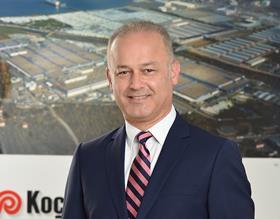 Özyurt also confirms that the company’s existing IT infrastructure provided a foundation for the initiative. “We call our main framework the backbone,” he says. “It is a flexible expandable architecture that enables us to collect all of our data and was already a running interplant network before the implementation so connecting bigger chunks to a whole system was rather easy.”

Instead, Özyurt continues, the “real challenge is actually generating value out of the collected data.” That, he indicates, is achieved as much by focus as technology. “We believe it is solved by keeping an eye on the target problem,” he explains.

The combination of an ability to exploit existing infrastructure with targeted project work was very much the case with the robots that had previously made such a substantial contribution to failure rates. “Robots are probably where we have our biggest sensor set, so it didn’t require additional sensors,” says Özyurt. “We have partnered with our robot manufacturers about this and now use a separate modem to push raw data from the robot to a cloud server where it is analysed and fed back in to our system as performance reports.”

Industry 4.0 is a set of big waves moving at different speeds and requires interested parties to take risks into unknown territories

Nevertheless people factors – attitude and organisation – do have a role to play. “We have had very good upper management support so this was not a very big challenge for us,” Özyurt states. At the procedural level, he adds, there are no fixed project teams. Instead teams are assembled to tackle specific problems and if pilot work is proven effective scale-up options are considered in line with resources. 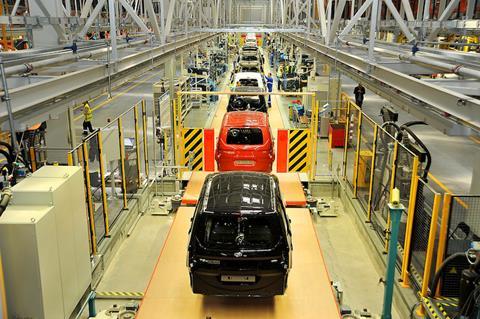 Ford Otosan has investigated 58 different use cases for the Industry 4.0 the initiative – of these 16 have been scaled up, 29 are currently in pilot or scale-up process and 13 have been shelved

Direct management of the whole initiative is also light. Özyurt says there is just one specific subject matter expert mainly working on the strategy of applications. There is also an annual employee engagement measurement by an external company. But he adds that active proselytisation of the initiative has also been important. “Early success stories convince the community that its value is real and can be achieved,” he states. “This has helped speed the culture change process.”

Altogether, says Özyurt, 58 different use cases have been investigated since the initiative started. Of these 16 have been scaled up, 29 are currently in pilot or scale-up process and 13 have been deemed failed and shelved. Full ‘Lighthouse’ status has been achieved for the Gölcük plant with progress towards that goal underway for Yeniköy and Eskişehir. As such Özyurt says: “We do not see Industry 4.0 as a strictly new technology application but as a new use case with existing technologies.”