Weight out, strength in

A strategic alliance between Henkel and RLE International is exploring the lightweighting innovations available when combining expertise in structural foam technology and engineering design. David Caro and Tobias Wigand describe the findings 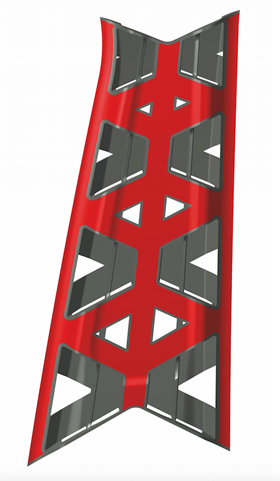 A joint study investigating the possibilities of further automotive lightweighting in body and closure parts has revealed that about 40kg of weight per car can be saved if conventional all-metal components are replaced by hybrid designs using high-performance structural foam. The approach leverages the synergy of a specially developed lightweight structural foam technology from Henkel in combination with advanced engineering design by RLE International, and extensive crash simulations have validated the concept.

Lightweighting remains a continuing challenge for automotive manufacturers as more and more vehicles are turning electric and losing their traditional combustion components. Although the energy capacity of advanced lithium-ion batteries has improved considerably over recent years, their weight may still account for 600 to 800kg depending on car size and targeted reach. Body components, especially closures, have always been in the focus of lightweighting in automotive engineering, since they form some of the biggest parts of vehicles. Even if you reduce their thickness by just one tenth of a millimetre, you can save a lot of weight. However, on most modern cars these parts have already become so thin that further thickness reductions will create problems in terms of buckling strength and rigidity, resulting in insufficient crash protection.

In the light of these constraints, Henkel and RLE International have undertaken a collaborative study aimed at reducing the weight of closures, fenders, pillars, bumpers etc. by 10% to 15% without compromising stiffness and crash performance in line with standard automotive crash scenarios. This approach is based on the extensive replacement of common all-metal (steel or aluminium) components by hybrid designs using high performance structural foam and superior panel reinforcements elements.

The hybrid parts consist of a fibre-reinforced frame or carrier – e.g. injection moulded in 30% glass fibre-filled polyamide resin – and structural foam injected at predefined sections (see Figure 1). The foam expands in the e-coat oven and creates a stiff connection between the hybrid structure and the other parts of the body-in-white unit. Compared to all-metal platforms, the design freedom and efficient processability offered by Fibre Reinforced Plastics (FRP) and foam materials facilitate the adaptation of each structure to the required geometry, with locally stiffening foam ribs added precisely where needed. The structural foam underlying the study is Teroson EP 1450, a commercially available epoxy based material from Henkel.

Part fixation can be done using either clips or spot welding, making a simplified assembly process. Each component design is fully engineered and optimised by Henkel and RLE for all crash load scenarios at one of the partners’ six development centres around the world. The final parts are then manufactured at sites located close to customers for on-time delivery.

The starting point of the collaborative study was a radical review of standard component designs by focusing on their required rigidity and performance in crash situations. The final designs were arrived at in several consecutive optimisation cycles, including extensive crash simulations and other pertinent testing.

Figure 2: Adding panel reinforcements to the side outer body panel, fender and doors with an aluminium panel wall thickness reduced by 0.2mm, overall weight savings can amount to 4.6kg per car

The principle of adding local panel reinforcements to the side outer body panel, fender and doors is shown in Figure 2. At a wall thickness reduced by 0.2mm in aluminium panels, overall weight savings amount to 4.6kg per car. Special finite element analysis was also performed to establish and confirm the bendability strength of the door panels.

Another major area for applying the hybrid structural design concept is the liftgate, where a material switch of the panels from steel to aluminium, and an optimised design of the hinge and the inner panel reinforcement (Fig. 3), resulted in weight savings of 12.6kg per car versus all-steel liftgates – notably without compromising the torsional and bending strength of the liftgate. In the case of existing aluminium inner and outer panels with steel reinforcements, replacing the latter with hybrid structural reinforcements can still save about 2kg per car while increasing the torsional and bending performance. 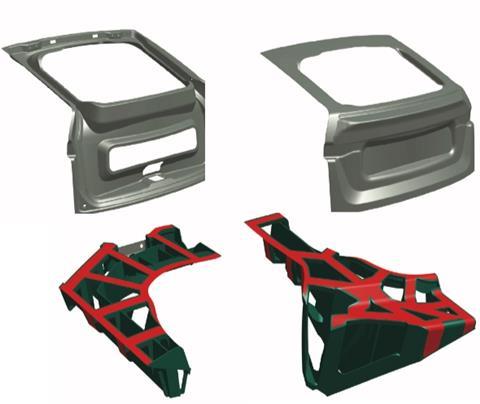 Figure 3: Applying the hybrid structural design concept to the liftgate, optimised material and design of the hinge and panel can achieve weight savings without compromising the torsional and bending strength

Similar optimised solutions were provided for the rocker panel, the A, B and C / D pillars, the rear roof section as well as the rear side rail and impact plate by eliminating steel reinforcements, reducing the wall thickness of the outer panels and adding structural hybrid reinforcements. Figure 1 shows the new B pillar reinforcement design. The changes recommended for the rocker panel, which plays an essential role in the effective crash protection of battery packs in electric vehicles, have been evaluated in a separate Battery Protection white paper. Altogether, the lightweighting measures in the Henkel and RLE study result in total weight savings of over 40kg per car, with subsequent lower fuel or electrical power consumption and carbon emissions.

Reducing the thickness of the outer side panels by 0.2 mm, as described above, proved rather difficult to achieve with aluminium. One particular requirement to meet was the bendability strength of the door panels under load. However, in dedicated finite element analysis (FEA) it was found that the hybrid structural reinforcements were even capable of exceeding the expected performance, and resulted in a significant reduction of displacement when compared with the initial all-aluminium design.

The structural foam used in the hybrid designs is an epoxy-based Teroson EP material from Henkel that delivers high strength and stiffness at extremely low weight. The non-cured injected foam is resistant to normal automotive washing and phosphating solutions as well as to electro-dip coating. It cures within 15 minutes when passing through the e-coat oven. The current material technology features a commercially available grade (EP 1450) with extensive approvals from automakers worldwide. Several OEMs are already using the material in various lightweight hybrid structural parts, replacing traditional steel reinforcements. Further grades in the pipeline are being developed with a focus on lowering the cured foam density, increasing the foam expansion beyond 100% and reducing the required curing time.