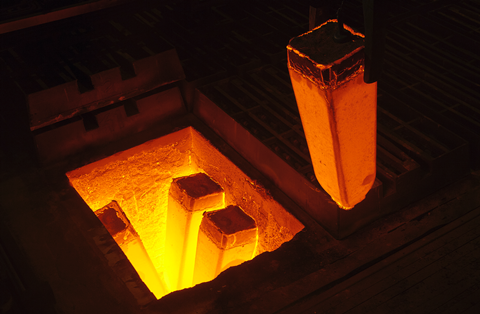 Reducing weight and maintaining or increasing performance in powertrains is very challenging, but Ovako’s team at Hofors, in Sweden are keen to discuss the benefits the company’s clean steels offer to designers and manufacturers. Fatigue accounts for a high percentage of mechanical failures in these vehicle systems and the company notes that the unwanted presence of inclusions in steel acts as a stress raiser that could multiply the nominal load on a component past its safe fatigue limit.

Ovako explains that its clean steels are produced in such a way that the size and dist, thereby reducing the risk of fatigue-related failures in high-load components. Director and head of industry solutions development at Ovako, Erik Claesson offers insight into the current challenges in powertrain development, and some of the solutions Ovako are on. The move towards emobility, with the need for performance with reduced vehicle mass, would seem to offer the ideal opportunity for the use of clean steels in the next generation of powertrains. “I could say that with electric cars it is very much like when they disconnected the horse from the wagon.

They kept the wagon and put a steering wheel and motor on it,” he observes. To put the scale of the challenge facing the new generation of electric powertrains into context, Claesson points to the fact that over the course of their service life (approximately 250,000 kilometres) internal combustion-powered cars are designed to optimally operate at around 2,000rpm, using about eight gear steps to spread the load. However, electric motors will be expected to cover similar distances but rotating a 20,000rpm using just two gear steps. “So, the rotating parts will [more or less] be engaged all the time.” 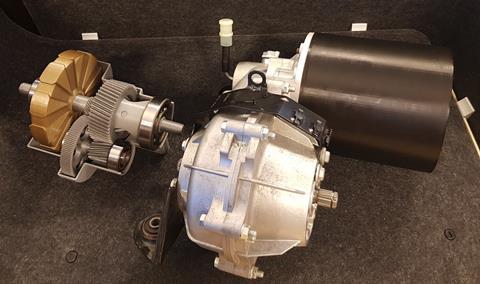 Moreover, Claesson believes that changing vehicle ownership models will see people keeping their cars for longer, so extending the expected service life and by extension the fatigue on the motors and transmissions. “When you boil that down, what happens with the material? For us fatigue is the top item to handle on a system. So that’s what we’ve been focusing on,” he states. New specifications, new materials Engineers designing engines and transmissions use a set of standards when choosing materials (steel in this case), dimensions and configurations that will meet the required specifications for a given application.

As OEMs look for greater efficiencies in the performance – and cost – of new powertrains, meeting these specifications is placing more focus on the materials. Interestingly, Claesson notes that the fatigue standards currently being referenced actually date back to 1930s: “If you look at the ISO standard today for example the ISO standard for gear fatigue limits, what everyone is using now is the late 1930’s. “So, we’re not utilising what’s possible now with the latest materials because we’ve lost contact, so we don’t understand the automotive industry and the automotive industry doesn’t understand us. But we’re trying to close the gap.”

A failure in powertrain components is clearly disastrous for any OEM, so designers work within ‘known’ performance parameters of materials and use additional surface enhancement methods, such as heat treatments and shot peening, to ensure the durability of the parts. But these processes add time and cost to the production operation. Claesson believes that this disconnect means the potential of materials, such as clean steel, is not being fully realised.

Essentially, it is possible to build a transmission with smaller gears made from a clean steel, which offers a similar or higher level of fatigue performance to that of larger parts made from a lesser grade of steel, without the need for any additional production processes. Rotating and reciprocating parts in engines and transmissions are the focus for Claesson’s team. He notes that “moving forward, the technology driver is power density,” and adds: “Power density includes lightweighting, but it’s not an issue by itself.

The energy you put in, you should get as much out of it as possible. That’s the whole idea. And yes, cutting weight is one part, but it’s a side effect.” Asked if the push by OEMs to electrify their vehicle ranges has provided Ovako with a new window of opportunity, with its clean steel offering, Claesson replies: “Both yes and no, because the vast volume [of production] will still be for combustion engines.

The outlook is for more hybrid powertrains, then you have two engines and two systems, and that adds weight and cost. We can work to minimise [these issues] in the combustion engine and the traditional transmission as well as the electrical part. So, for us, we are not just focusing only on eDrive. It’s one part of the whole, because everyone is going in that direction.”

The company is working on a number of projects with passenger and heavy vehicle manufacturers. As an example of what can be achieved, the department had produced a scaled ‘communication piece’ of a repackaged electric motor and transmission using a 3D printer. This project had created a much smaller, lighter transmission, which the company claimed offered the same performance (durability/fatigue) as the existing larger, heavier and more readily available unit, (designed around older material specs). Claesson’s team suggested weight savings, as compared to a pure mechanically designed, optimised system, of up to 30% were achievable in this case.

As the need for smaller, lighter, more efficient powertrains increases, clean steels would seem to offer designers more options in the size and packaging of engine and transmission components. In addition, it is possible that these materials will also help extent the viability of internal combustion engines for some time to come.

What is hybrid steel? 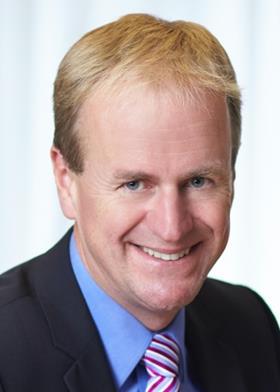 “We discovered many other interesting features, for example, when we store the steel outside it doesn’t corrode. We realised that the aluminium in the steel at the surface helps to form the oxide layer.” – Göran Nyström, Ovako

Ovako says the objective was to deliver a steel that could provide much higher strength at elevated temperatures, since current forms of engineering steel lose strength when operating temperature increases. One other criterion was to be able to produce this steel through the company’s normal process route, which requires a low segregation in the steel. The process involves introducing another hardening system (nickel and aluminium) into the steel.

The company says this is a first in a commercially produced steel, to allow for the combined effect of secondary carbide hardening and precipitation of intermetallic [face], nickel and aluminium. Göran Nyström, EVP Group Marketing and Technology at Ovako, comments: “When we did this, we realised it produces a remarkably robust steel and that it doesn’t lose strength, it actually increases in strength with increases in temperature, which we should call ageing, for this kind of thing.” Describing the structure of this new steel, he explains: “We have a combined effect here. It is a ferritic microstructure with alloyed carbide particles, which normally is denoted secondary carbides but also particles from an inter-metallic phase of NiAl and this combined effect is the mechanism that strengthen the hybrid steel.”

The developer of the hybrid steel, Jan Erik Andersson, discusses the attributes and possible applications for the new product: “The main features of this steel are its suitability for high temperature applications, also while it’s not completely corrosion resistant, it offers better resistance than normal high-strength steels. Then it can be nitrided with maintained strength in the core, and it’s weldable – normally it’s difficult to weld high-strength steel because the carbon content is too high, and it becomes brittle. It offers some other benefits in manufacturing; since you make it hard during a simple 500°C tempering or ageing, it maintains the dimensions very well compared to a normal [steel], so any hard machining, which is extremely expensive normally, can be reduced.”

He adds: “That’s how it started, because that’s always been the Holy Grail for fatigue, to be able to make it a steel that has an extremely stable microstructure. You can go the carbon route, but then you have to increase the chromium, molybdenum carbon levels to a certain point where you get carbides, which is detrimental for fatigue. Or go the other way with only nickel aluminium, like in the more aged steels for the aerospace industry, but it’s extremely expensive. So, we tried to do something in between, which could be affordable, processed in large quantities, but still be much better than the normal carbon steel. That’s the idea.”

Reflecting on where this hybrid sits within the company’s current portfolio of steels, Andersson notes: “It’s totally outside. Basically, this is much more alloyed than any other steel we make. We’re looking into it as a bearing steel because we think it will be better than the normal existing bearing steels. So that’s probably the closest we get [to our current range of steels].” Andersson notes that the hybrid steel’s attributes are also well suited to powertrain applications: “Pistons, for instance. They have moved from aluminium into steel and will maybe go into a super steel within the next five to ten years. Also, for any type of gears and transmissions, where we think that downsizing is one of the key things for the future, which will increase the stresses and temperatures. It will be more obvious that you need a steel that can cope with those temperatures. It’s looking in the long term, but I think that’s the way to go.”