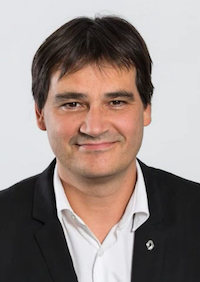 In an interview with AMS’s sister title automotiveIT International, Vincent talked about the alliance of Renault, Nissan and, more recently, Mitsubishi works together in the IT space: “There are big differences between IT at each of the three companies. At Renault, we have focused on a strong evolution of our IT and you just cannot be efficient if you have to deal with three companies at the same time. I was hired to focus on Renault. Of course, we have some projects where we coordinate, but my first priority is to make sure we have the right teams in place for Renault.”

Before joining Renault, Frederic Vincent spent 20 years working in the television industry, most recently as chief technology officer at premium French cable TV company Canal+. In 2016, Vincent became CIO of Renault, taking charge of the carmaker’s IT operations as well as its digital factory, Renault Digital.

Vincent says that while Renault and NIssan use their respective software systems quite differently, all teams have to work together because they share hardware platforms: “The IT department has to make sure that the two systems can talk to each other, which is why we are creating convergence platforms that let us exchange information in a matter of seconds. We need to make sure that, when we build a Nissan car in a Renault plant or vice versa, the right interfaces are in place, so the systems can talk to each other.”