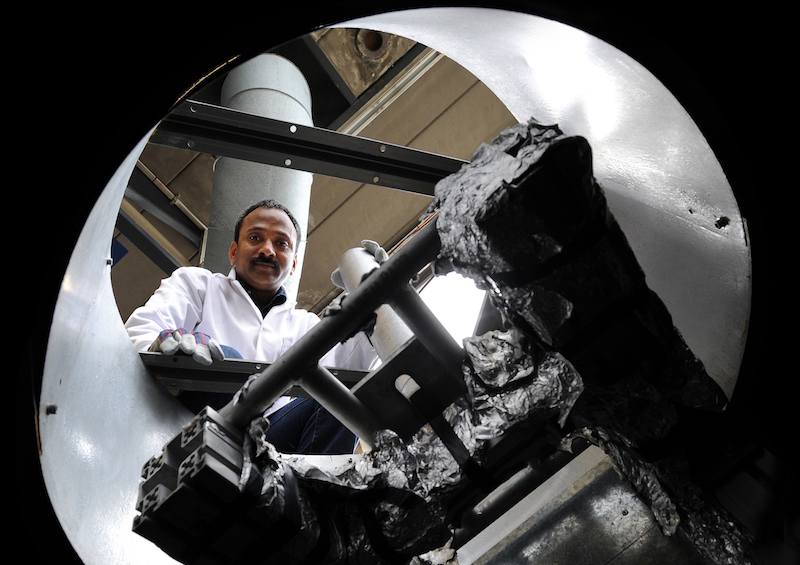 Almost every piece of metal used in the manufacture of an automobile will have gone through a casting process at some point previously – whether to shape through a technique such as sand-casting or simply as a block ready to undergo a further process such as extrusion. This is true, for instance, of all steels and aluminium alloys, as well as copper and magnesium. Moreover, all of the metals' downstream properties will be conditioned by the casting process, not least strength and surface quality. The only exceptions to this rule in any type of manufacturing might involve a highly specialist material such as tungsten processed by some form of powder metallurgy.

That brief summary of the fundamental importance of casting as a metals manufacturing procedure is provided by Dr Ian Stone, deputy director of the Brunel Centre for Advanced Solidification Technology (BCAST) at Brunel University in London. BCAST has been the location for research into metals processing technologies for nearly 15 years and has just announced a series of new initiatives specifically aimed at the continuing development of casting to meet the demands of 21st century manufacturing and particularly those of the automotive industry. The most prominent of these is the Advanced Metal Casting Centre (AMCC), a £17m ($25m) venture with backing from among others vehicle maker Jaguar Land Rover (JLR) and aluminium supplier Constellium.

Dr Stone explains that despite the fact that casting is integral to the automotive industry a number of factors militate against both vehicle OEMs and material suppliers being able to carry out research activities of this sort for themselves. Automotive OEMs, for instance, generally “simply do not possess” development foundries. Meanwhile, material suppliers while able to carry out the processes involved are generally not willing to disrupt large scale day-to-day manufacturing processes to produce relatively small amounts of experimental materials.

Bridging the gapIn contrast, an academic research institution can effectively bridge the gap, Dr Stone argues, since it can both produce appropriate batch sizes of materials for research purposes and do so in a way that mimics real-life, industrial conditions. “We can cast, say, just 200kg of material but at a rate that industry can relate to,” he explains. As such, he continues, the AMCC operates in a way that makes it a highly distinctive organisation. “I can't say that it is unique at a global level but it is certainly very unusual and there is nothing else like it in Europe,” he states. 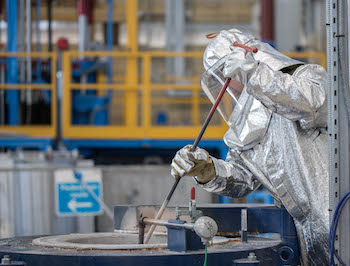 Work at the AMCC will focus mainly on aluminium and magnesium. It will do so with the aid of a range of equipment intended to replicate the procedures that would be found in a real industrial context. These include:

Importantly, the first three of those are all described as being at “commercial” scale. Nevertheless, Dr Stone says that some of the equipment has been modified to provide an extra degree of flexibility to suit it for research-related demands. The high-pressure die caster, for instance, has the ability to be switched very rapidly back and forth between work with aluminium and magnesium alloys – a capability that would not be required in a production environment devoted to long runs involving the same material.

Perhaps the biggest deviation from conventional production technology, though, involves the AMCC's twin roll melt conditioning caster. As Dr Stone explains, the technique is utilised in industry but only for processing “a limited range of low strength alloys”. In contrast, work at Brunel is exploring its potential as a means of manufacturing thin sheet products using magnesium alloys, a family of materials that, he observes, is difficult to roll.

Meanwhile, another technique in which Brunel has developed Castparticular expertise is the 'high shear melt conditioning' of aluminium materials. Dr Stone says that this stems from a recognition that the most crucial part of the casting process is its “very earliest stage where the nucleation of the grains takes place.” He explains that by controlling nucleation it is possible to control both “the grain size during solidification” and the “dispersion of the alloying elements”. The crucial capability that follows is that of being able to produce thin-walled castings with a greatly reduced defect rate compared with what is achievable now.

Dr Stone indicates that though the technique has been trialled in industry it has not yet been adopted for actual production anywhere. But the technique, as Dr Stone also explains, has potential implications far beyond that of being another production process even one with some quite distinct advantages over those in use now. The prospect involved is that of being able to use aluminium alloys scrap as the primary material for making new parts that meet the exacting standards of the automotive industry. At the moment, he confirms, “that is simply not possible.” 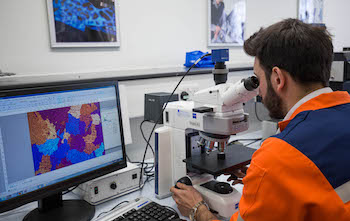 The Constellium University Technology Centre supports the work of engineers, researchers and technicians

Instead the most that can be achieved with such scrap at present is that it be “downcycled”, in other words recycled for use in less demanding applications. But it may well be that the material is put to even less productive use – for instance as a deoxidant in steel manufacturing, exported to a less developed economy at very low price or even just sent to landfill. Whatever the case, though, the end-result is that the chance to reuse the metal as a high-value manufacturing material is lost. As Dr Stone puts it: “It represents a valuable resource that we could use if only we could recycle it properly.”

The key problem that needs to be tackled is that of the impurities that the material may pick up either during its lifecycle or during some sort of end-of-use processing. Dr Stone says that the most common such contaminants include oxide particles and iron and that work at Brunel has focussed on both of the ways of dealing with the situation – either “tolerating” such inclusions or “removing” them. The relevance of the high shear technique, he explains, is that it can “disperse the oxide films that are always present with liquid aluminium into sub-micron particles.” This has the effect of negating their potential to cause cracks and instead rendering them harmless.

Experimental levelDr Stone confirms that, again, the use of the technique has been demonstrated as an effective way of dealing with aluminium and magnesium oxide film materials “at experimental level.” Moreover it has also been shown to have some capability at similarly mitigating the otherwise deleterious effect of iron residues. Further demonstration trials, he indicates, are underway. How long it might be before the technique becomes a practicable, industrial level process is still to be determined though Dr Stone says it could be “less than ten years”.

But at the same time other work within the AMCC will concentrate on “alloy development” with one particular line of research focussing on “increasing ductility”. Dr Stone indicates that that will certainly be a priority for work involving JLR, the one vehicle OEM currently active at the AMCC, since it will help enhance JLR's use of self-piercing riveting as a joining technique. According to Dr Stone negotiations are also underway with another OEM about their possible involvement in the work of the AMCC and an announcement may be made some time around the summer of this year. He is also optimistic that work with OEMs could take place on a multi-lateral basis with the AMCC acting as a facilitator for cooperative work involving otherwise competing parties. 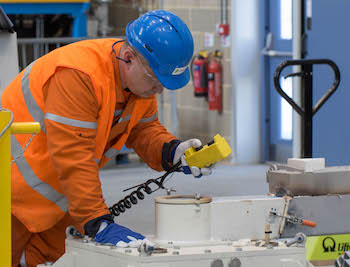 There will also be material supplier involvement in work at the site though Dr Stone indicates that the way such companies interact with the academic researchers may be different from that of vehicle OEMs. He explains that though three-way projects involving an OEM, material supplier and foundry are practicable the highly competitive nature of the materials supply market means that any research venture involving more than one such company is highly unlikely.

In consequence supplier involvement is more likely to be on a standalone basis and that is, in fact, exactly the case with an initiative announced at the same time as the AMCC. This is the Constellium University Technology Centre (UTC) in which besides its role in the AMCC the aluminium supplier will support the work of 15 engineers, researchers and technicians comprising a mix of both its own employees and Brunel personnel including six PhD fellows.

According to Paul Warton, president of Constellium's automotive structures and industry business unit, the initial focus will be on using the AMCC's equipment to develop new high-strength aluminium alloys that will in turn be used in the manufacture of prototype automotive structural components in a further facility at Brunel the Advanced Metal Processing Centre (AMPC) which is due to come online next year. He confirms that though the company has projects with around 50 university or other research organisations worldwide the UTC will constitute a “unique setting” for future work. He explains: “Brunel offers a combination of academic and industrial capabilities exemplified through the development from fundamental science to practical application of novel liquid metal treatment techniques which support Constellium’s sustainability strategy.”

Ultimately, says Warton, the aluminium alloys Constellium aims to develop at the UTC will help significantly lower the weight of automotive components by at least 15% and even as much as 30% compared to current aluminium solutions. He also says that the UTC will provide a rapid prototyping capability that is expected to reduce development times by at least 50 per cent for the advanced aluminium alloys required for the continued lightweighting of automotive structural components. As such, he states, given the cycle of vehicle programme development it would likely be two to three years before an alloy developed at the UTC would be on a vehicle.