Complex objects can be fabricated by spraying successive layers of nano particles of ceramic (zirconia and alumina) or metal in a carrier liquid, which then evaporates as the intended object is created

US company Desktop Metal offers arange of additive manufacturing options, according to the company’s vice-president, product, Larry Lyons, who outlines its two basic manufacturing technology families – Studio and Production. The first is intended as a prototyping tool and the second is for final part production. Each works in a different way, through the melting of metal powders, which are formed into the intended product configuration with the aid of a binder material, before that binder is removed and the final geometry is fixed with a bake process.

In the Studio system, the two materials are mixed together and then extruded, whereas in the Production system they are applied sequentially onto a flatbed using inkjet-type technology. But Lyons says the key thing, especially where actual manufacturing is involved, is that “part forming and heating are separated” so that what he describes as “the inherent slowness” of laser-based techniques that accomplish both together is avoided. Both systems are among the newest on the market, having become available within just the last two years.

The official list of materials available for use with the Studio system comprises: 17-4 PH stainless steel, suitable for use in mildly corrosive environments; 316-L stainless steel, suitable for harsh environments; H13 tool steel, characterised by abrasion resistance; and Alloy 625 nickel-based superalloy. In addition, two other materials are in development: 4140 steel, in other words steel with a 0.4% carbon content; and more straightforwardly, copper. 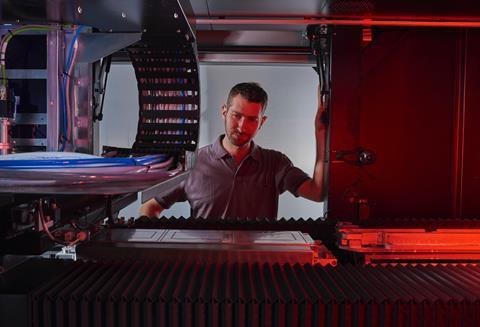 Moving from prototype to production

However, as the company brings those materials from prototyping to manufacturing applications, Lyons says he expects the tool steel material to prove of particular interest to the market, not least the automotive industry. He explains that while stainless steels are “weldable” and can be processed with laser-based additive technologies, tool steel is not, and the availability of an additive technique to fabricate objects from the material should therefore constitute a distinctive selling point for Desktop Metal.

As the name indicates, this material is particularly intended for mould-making and, in that context, he says additive techniques should be able to provide considerable advantages over conventional subtractive machining. These should include both sheer speed with the total lead-time for an additive approach slashed to perhaps as little as one eighth of that for the use of subtractive machining, which would also facilitate increased opportunities for design iteration, and the ability to incorporate features such as cooling channels into the moulds as they are made.

H13 tool steel is, in fact, the newest material to be introduced to the market by the company – it has become available only within the last three months. Lyons says the fact that it is currently confined to use on the Studio system does not inhibit its immediate practicability, since moulds are usually low-volume steel tools to support high-volume production of polymer parts and hence there will be no requirement for the manufacture of multiple units. 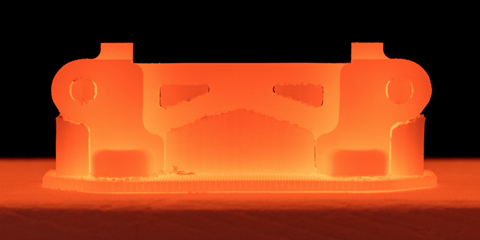 Desktop Metal’s fabrication techniques, unlike laser-based counterparts, do not completely melt the material but sinters it

The Studio system, says Lyons, has a maximum production envelope of 30x20x20cm, though in practice it is more likely to be used to make H13 mould inserts with a maximum dimension in any plane of 15cm. However, he continues, the mould geometries they can make possible should be able to create enhanced heating and cooling cycles that by themselves could increase the output of existing moulding operations by 20% or more.

At present, Lyons observes that even when exploring additive techniques, companies in the automotive industry tend to focus on “the materials they already use, such as low alloy steels and aluminium.” Interestingly, he adds that while aluminium is not a material that lends itself to Desktop Metal’s current manufacturing technologies, it is one that the company is exploring, though he does not provide further details. In contrast, he describes 4140 material as “right in the centre” of the range of low alloy steels now available to industry, and he foresees that when it does appear as an option from the company then “jigs and fixtures” are a likely initial application area.

“When exploring additive techniques, companies in the automotiveindustry tend to focus on the materials they already use such as low

Looking further ahead, Lyons notes that the versatility of 4140 steel should also make in-vehicle applications feasible in a wide range of contexts from “engine parts to brackets” at least where “lower volume automotive industry requirements” are concerned. Both Ford and BMW are acknowledged users of the Studio system and are both also investors in the company. However, Lyons confirms that the company has had extensive discussions with other automotive OEMs about their future requirements and that the introduction of a 4140 steel material is likely to occur in the “near future”. 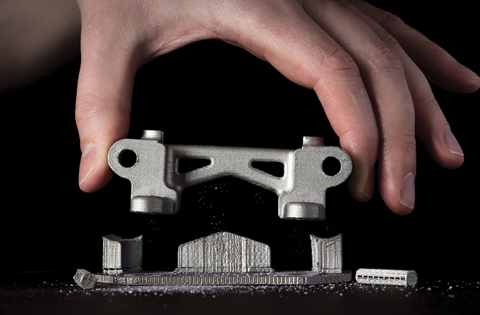 As for the other material on the company’s current development list – copper – Lyons says the essential point of the fabrication techniques employed by Desktop Metal are that, unlike laser-based counterparts, they do not completely melt the material but instead “sinter” it. In practical terms, that means they hold out the promise of enabling the creation of copper items with conductive efficiencies of at least “90%” compared with the 70% or so would be achievable otherwise. 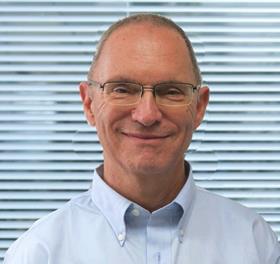 Ceramic materials in the mix

Meanwhile, Israeli company XJet is looking to bring to the market a technology in which nanoparticles of both ceramic and metal materials can be fabricated into complex shapes by means of what is effectively an adaptation of inkjetting technology. Complex objects are fabricated by spraying successive layers of nano particles of ceramic or metal in a carrier liquid, which then evaporates as the intended object is created. According to XJet’s vice-president for manufacturing, Haim Levi, the company has the ceramic options of zirconia and alumina, on the market now in the first case and in advanced testing in the second, while a 316-L stainless steel material should follow next year.

As far as ceramic materials are concerned, Levi concedes it is still likely to be some time before the automotive industry gets round to exploiting their potential. However, he is confident that ceramics’ ability to withstand very high temperatures means that they will at some point come into their own as the industry continues to strive for higher power-to-weight ratios in the vehicles it produces. Ceramics, he points out, “are able to withstand temperatures up to 1,200-1,400°C, which is beyond what metals can cope with.” This will, he says, obviously give them particular utility as internal combustion engine (ICE) components – he mentions cylinder liners and bearings as two possible application areas – but he can also envisage their use, for instance, in braking and catalytic systems.

Moreover, while non-motor applications of ceramics would be just as valid in electric vehicles as in those using ICEs, they would also have a very wide range of applicability in EV propulsion systems because of the fact that, depending on their composition, they can be provided with either electrically conductive or insulating properties. While he admits XJet’s current ceramic materials could only be used as insulators, he adds that the company may well add a conductive ceramic such as silicon carbide to its roster at some future point.

Nevertheless, Levi confirms that the company’s ceramic materials are just now making their first entry into the automotive industry. A “tier one supplier in Germany” has, Levi says, recently taken delivery of an XJet system but for the moment no further details are available other than that the company will be making use of both zirconia and alumina materials to make “small highly detailed parts”.

Interestingly, a claim made by XJet is that it is “probably” – and Levi makes a point of stressing the conditional nature of the claim –  the only supplier of an additive technology that could enable the fabrication of objects from multiple materials. As Levi explains, that capability is in a sense intrinsic to the fabrication technology since that is already one in which the single final build material is sprayed simultaneously with a proprietary support material that completely pervades the actual additively manufactured object to enable it to maintain its shape as it is being fabricated, rather than taking the form of a separate ‘scaffolding’ that will need to be mechanically separated.

Instead, once the intended object has been made, the support material is then simply dissolved away. “We strongly believe that our technology is the only one that can be made to work with multiple build materials of these types at the same time,” he states. “We are not there yet but we are working on it.”