Mazda and Toyota make additional investment in US joint-venture

The Japanese OEMs have announced an additional $830m investment into their new production facility in Alabama, US. Funding for the joint-venture has increased to $2.3 billion, up from the $1.6 billion originally announced in 2018 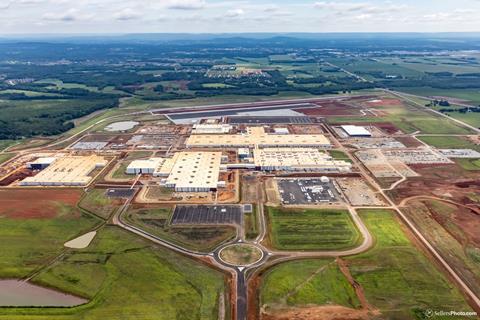 The investment will fund production line enhancements made to improve manufacturing processes supporting the Mazda vehicle and design changes to the yet to be announced Toyota SUV that will both be produced at the plant. The OEMs say new facility will have the capacity to produce up to 150,000 units of a future Mazda crossover vehicle and up to 150,000 units of the Toyota SUV each year. Mazda Toyota Manufacturing (MTM) has hired approximately 600 employees to date and continues to target up to 4,000 new jobs. MTM plans to resume accepting applications for production positions later in 2020.

“Through strong support from our state and local partners, we have been able to further incorporate cutting-edge manufacturing technologies, provide world-class training for team members and develop the highest quality production processes,” Mark Brazeal, VP of Administration at MTM said. Full-scale construction of the plant continues, with 75%-100% completion on roofing, siding, floor slabs, ductwork, fire protection and electrical.