From function blocks to engine blocks

As Programmable Logic Controller (PLC) programmers know well, there are two schools of thought on how you program them. There’s the North American “ladder logic” camp, and the European “function block” school.

Both have their merits, but function blocks won the day recently for one US Tier One engine parts supplier, largely on the promise of a 20 per cent cost savings on a new line they were installing. 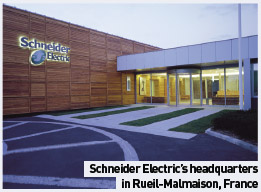 “It was a very substantial order,” says Pryor. “They wanted us to work closely with them on the development of their software specs, especially in the area of digital function blocks.”

This was a bit of a departure for the OE, as in the US, the traditional means of programming PLCs has been with ladder logic. The OE opted for the European method of using function blocks, where engineers design a dedicated function block that has all the software embedded in it to run an operation on a machining line. For example, on an engine assembly line with an automatic assembly station, a programmer can create one or two function blocks that describe everything that has to happen in that particular station.

The beauty of function blocks, according to Pryor, is that you can copy and paste, and reuse them over and over again, without retyping all the ladder logic code, for similar applications. “They can be easily modified for different applications. Basically you’ve invested in the engineering upfront without having to reinvent the wheel every time,” he says.

Over time Schneider developed a substantial library of function blocks describing different operations for the OE that were used as required by the various machine builders on a given project.

One of these equipment vendors, specialising in head and block machining, liked Schneider’s digital function block approach and pitched its use in a bid for a Tier One company’s project – a new line assembling entire diesel engines. The customer was looking for the state of the art in product technology, as well as cost efficiency and application support.

“This particular machine builder was asked to bid on a project by a Tier One supplier, and they put together a proposal that involved using the function blocks,” says Pryor.

“They told the Tier One, ‘look we’ve done all these engine lines for the OE, and what you’re doing is almost identical. If you use these function blocks developed by our partners at Schneider Electric, we’ll save you 20 per cent in development costs and engineering time.’ That was enough to get the Tier One interested: Schneider was invited in to make our pitch, and we got the business.”

The project’s currently in the early engineering stages, and Schneider is working with the customer to “tie down the rest of the equipment vendors and convey to them on how [to use function blocks],” says Pryor.

“We’ll build a project book that will lay out the outline the programming of the different machines and applications.

We don’t do the programming for the machine builder, but we give them the library of standard function blocks. They can plug them in where they need them and we can give them advice where they have to do customisation.

“On a major production line like this, you’ve got a lot of machine and sub-machine builders involved, and you want to make sure that all of those machines are programmed in the same way so the maintenance people can walk up to any of them and very quickly understand the program running the machines. If you left 40 different machine builders to program it themselves, you’d get 40 different ways of operating the machines.”