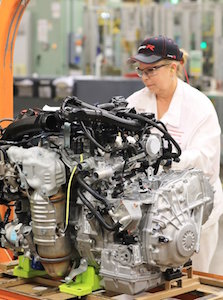 US – The milestone unit, built on Line 4, was a 1.5-litre turbo for a 2018 Accord made at Marysville Auto Plant, also in Ohio. Honda’s largest engine factory worldwide has reached this cumulative total after 32 years of operation.

From four assembly lines and two casting operations, Anna supplies engines and components for 14 Honda and Acura vehicles manufactured in Ohio, Indiana, Alabama, Canada and other locations around the world. The plant turns out 1.18m engines per annum, meaning that a further 25m units could be built in just 21 years.