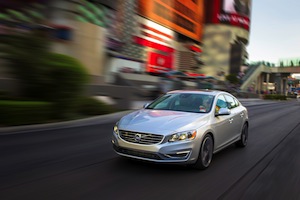 US – The signing of the agreement with local officials in Charleston, South Carolina (SC) opens the way for ground-breaking to take place this autumn. The first units are due to roll off the line in late 2018.

“Today we formalise an important milestone in Volvo Cars’ global transformation in the United States,” said Lex Kerssemakers, president and CEO, Volvo Cars of North America. “Our planned American factory demonstrates our commitment to the United States and our desire to be a truly global automaker.”

In addition to the signing, Volvo announced plans to build sustainability into its US operation, saying it is working with the local utility to power the factory with renewable energy. Furthermore, the OEM will preserve 1,500 acres of wetlands as part of a ‘green belt’ around the greater Charleston region. Storm water will also be rerouted to stimulate wildlife habitats, while improvements to the local roads will help to minimise the impact of the factory.

Volvo estimates that its new plant will employ 2,000 individuals over the next decade and 4,000 in the longer term. Once completed, it will enable the OEM to make vehicles on three continents, joining two European and two Chinese sites; the development is part of a medium-term expansion plan to double global sales, increase market share and raise profitability. The Charleston facility will be able to turn out 100,000 cars per year.