Parts makers in the driver's seat

Using ABB robots, an IAC Group facility in Sweden has streamlined its production of interior plastic components for Volvo 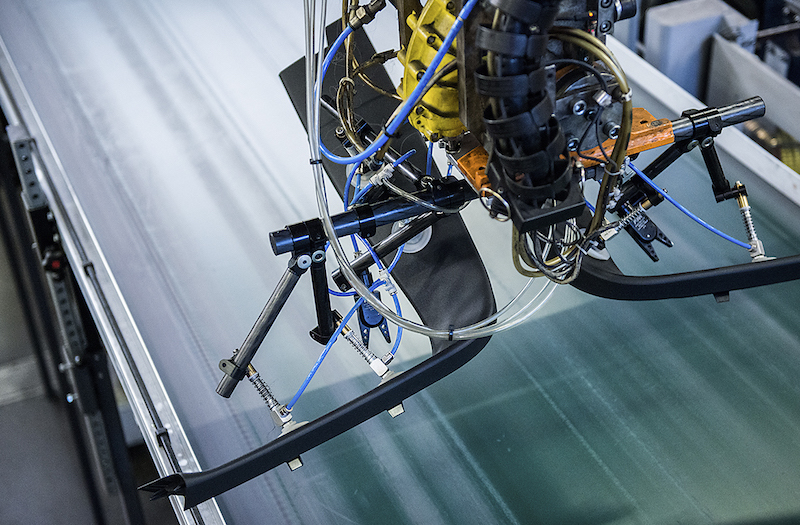 The town of Skara in south-western Sweden is home to a manufacturing plant that has produced plastic goods since the mid-1930s. “In the beginning, the plant produced household goods, before shifting its focus to industrial products in the 1960s. A decade later, it became an important manufacturer supplying parts to the automotive industry, and since the 1990s the auto industry has been the sole major market for the plant’s goods,” explains Mikael Andersson, general plant manager for IAC Group, Skara.

Since 2006, the Skara plant has formed part of the global group IAC, which operates production units that manufacture interior and exterior plastic parts, mostly for use by prominent members of the automotive industry around the world. IAC Skara primarily produces pillar trims with fabric for use in vehicle interiors, supplying Volvo cars and trucks.

“Our customers choose us because of our many years of experience as a plastics manufacturer,” says Patrik Ehn, engineering manager at IAC Group AB, Skara. “We satisfy their requirements concerning knowledge of materials, materials development and designing plastic products.”

Competition in the industry is intense, and IAC Skara is forced to compete with a number of other European manufacturers, including many cut-price operators. “Robots are a must for staying competitive in the European market,” Ehn continues. “By automating large sections of our production process, we can increase our efficiency and reduce costs without sacrificing quality.”

Loyal customerIAC Skara’s cooperation with ABB began with the very first robots it chose to install. After first trying other robot manufacturers’ products, the company’s supplier, Animex, recommended ABB, and IAC Skara has now been a loyal ABB customer for the past ten years. Animex is a division of SVIA, which was acquired by ABB in June 2015. 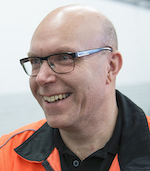 "Robots are a must for staying competitive in the European market. By automating large sections of our production process, we can increase our efficiency and reduce costs without sacrificing quality." - Patrik Ehn, IAC Group

“Animex specialises in supplying automation solutions to the Swedish plastics industry in particular, and this has been our focus since the early 2000s,” says Marcus Timhagen, Animex’s project manager and salesman. “Over time, we have developed a far-reaching cooperative relationship with ABB. Coupled with our extensive experience in the plastics industry, this relationship helps give our customers peace of mind. They know we can provide reliable cells with high uptime.”

Today, the IAC Skara plant uses more than 50 ABB robots to perform a wide range of tasks. Some perform purely assembly- based tasks, while others handle injection-moulding machines, laser cutting and clothing with fabric trim the moulded plastic pillars that are fitted to the central area of a vehicle’s sides.

Two of ABB’s IRB 2600 robots currently work inside one of IAC Skara’s newest robotic cells, mounting clips on different kinds of injection-moulded panels. The robots stand adjacent to an injection-moulding machine. Once the machine has cast the panels, they pass by a vision system that guides the robots to pick up the components correctly from the conveyor belt. The system tells the robots where the parts are and how they are positioned, which speeds up production.

Next, the panels are lifted from the conveyor belt by one robot, which passes them to a second robot, which in turn places the component in a fixture. Both robots then retrieve clips from feeders and mount them on the plastic panels. The clips are used to attach the panels to Volvo’s vehicle bodies. Once all the clips have been mounted, which is confirmed by another vision system, the panels are lifted away and placed on a conveyor belt for transport out of the cell for packaging into pallets. The work now done by ABB’s robots was previously performed manually by assemblers, who often suffered occupational health conditions such as repetitive strain injury in their thumbs and fingers.

High degree of precisionThe advantages provided by ABB robots include a high degree of precision in mounting the clips and the ability to perform the assembly work with very small deviation tolerances. “The vision system provides continuous quality control, and we can now maintain a high standard of quality for all the products we supply to our customers,” Ehn explains. The automated assembly has tolerance requirements of less than one millimetre. The average cycle time for the various cells performing clip-mounting is 50 to 70 seconds, depending on the plastic product being handled, and the cycle time for the whole operation lives up to IAC’s very strict requirements.

“The four robotic cells containing a total of five IRB 2600 machines that we provided for IAC Skara offer high precision and flexibility in production,” Timhagen explains. “They more or less adapt automatically when the customer switches tools in the injection-moulding machine. They don’t need to touch either the robot controller or the gripper. In fact, the robot changes its gripper automatically and the programs used also switch over automatically.”

This automatic switching between grippers and programs when the injection moulding machine’s mould tool is changed is one major advantage of robotic automation, according to Ehn. By saving around ten minutes per change, IAC Skara has succeeded in significantly reducing its setup times. What’s more, the risk of incorrect changes – which can mean long stoppages – has also been reduced and the uptime of the cell has thereby been increased. It has also had a positive impact on IAC’s inventory, since its increased ability to quickly make changes to production means that the company now needs to keep less material in stock.

According to Ehn, manufacturing more products per unit of time and reduced costs thanks to fewer production stoppages have boosted the company’s competitiveness. Andersson is in full agreement with Ehn. He sums up IAC Skara’s situation like this: “Our extensive experience in plastics is our biggest strength. Through ABB’s robots, we see an opportunity to further improve our efficiency. More than that, satisfying the cost requirements imposed on us by our customers makes automation a must. It’s a critical factor if IAC Skara is going to be able to continue operating in the industry in the future.”