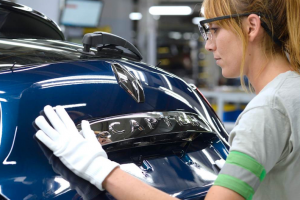 Pakistan - The French OEM has revealed that it has bought an industrial plot of land on which it will build a "world-class facility" for the manufacturing and assembly of its vehicles. Production is expected to begin in 2020, with an initial annual capacity of around 50,000 units.

Located in Faisalabad, the third most populous city in Pakistan, the plant will be strategically placed as it is around three hours west of Lahore and four hours south of Islamabad.

"Renault is renowned for the safety and quality of its cars, and we want to develop exactly the same technology and know-how in Pakistan," explained Yasser Alvi, CEO of the Al-Futtaim Renault Pakistan project. "We will bring cutting-edge and leading European technology to the Pakistani consumer through a modern distribution and dealership network with a focus on engaging customers through unique and memorable experiences and great service. We want to add value to the brand and provide Pakistani consumers with a dynamic and vibrant product offering, tailored to local needs."

Construction of the plant is part of an agreement between Renault and Al-Futtaim Automotive - the largest distributor of vehicles and automotive products in the United Arab Emirates (UAE) - which was announced in November 2017. The companies previously suggested that they wish to build a factory in Karachi, but have now revealed that the next step will be to establish a dealership network across the country.

Other OEMs have also been looking to increase their presence in Pakistan. Nissan, for example, recently secured a manufacturing and licensing agreement with a local company in order to make Datsun vehicles at a plant in Karachi.