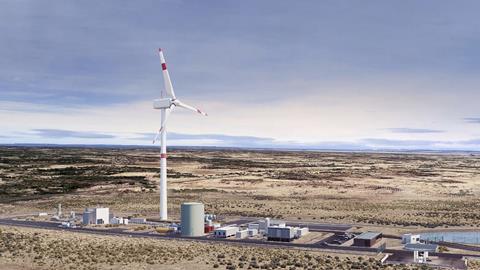 The project aims to support the decarbonisation of the transport industry

Porsche and Siemens Energy have launched a combined effort to construct an industrial plant to produce eFuel, a near carbon-neutral fuel, which Porsche plans to use as part of its plan to reach carbon net neutrality by as early as 2030.

Porsche has begun constructing the first phase of the so-called ‘Hari Oni’ project in Punta Arenas, southern Chile and plans to use eFuel in its own combustion engine vehicles. The pilot plant is scheduled to start production in mid-2022. Along with Siemens and Porsche, participants include energy companies including HIF, Enel, ExxonMobil, Gasco and ENAP.

The project aims to build the world’s first integrated commercial plant for producing climate-neutral fuel from wind and water, with the aim of supporting decarbonisation in the transport sector.

A ceremony with the Chilean Energy Minister in attendance marked the official launching of the project on September 10, 2021.

According to Michael Steiner, member of the executive board for research and development at Porsche, the initiative is consistent with Porsche’s overall sustainability strategy and that it would help the carmaker reach CO2 neutrality as early as 2030 – even without transition to a completely electric vehicle model range. Steiner pointed to possible reductions in fossil-CO2 emissions by up to 90% using eFuels in combustion engines.

“Fuels produced with renewable energy can make a contribution [to net carbon neutrality],” Steiner said. “Our icon, the 911, is particularly suited to the use of eFuels. But so are our much-loved historic vehicles, because around 70% of all Porsche sports cars ever built are still on the road today.

“Among other things, we’ll be using the first fuel from Chile in our Porsche Mobil 1 Supercup racing cars from 2022,” Steiner said. 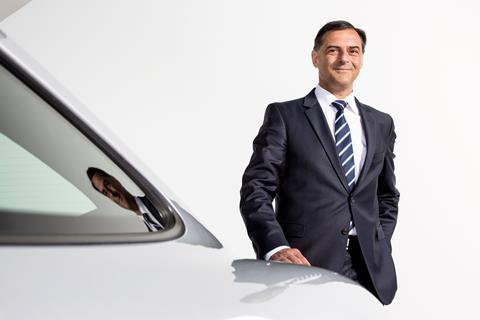 Michael Steiner, member of the executive board for research and development at Porsche

With the 2030 Climate Target Plan, the European Commission aims to reduce greenhouse gas emissions to at least 40% of 1990 levels.

How does collecting eFuel work?

Firstly, electrolysers split water into oxygen and green hydrogen using wind power. CO2 is then filtered from the air and combined with the green hydrogen to produce synthetic methanol, which is turned into eFuel.

The Swiss transport company Kuehne + Nagel will oversee the logistics for the offshore project, supporting the first plant’s construction.

By the end of 2021, the main wind turbine components – a nacelle, blades and tower sections – will be transported to multiple ports in China and delivered in one shipment as a part charter to Punta Arenas.

A number of containers and flat-rack transports from Europe will also be included, with the three blades currently the longest components at just over 65m in length. The heaviest part is the nacelle, at nearly 77 tons.