Breaking the Mould: Porsche expands production to Malaysia in shift away from European exclusivity

Porsche has maintained that it will continue to build its models in Europe, resisting the global pull to seek out cheaper production costs in Asia. But as sales in the Asian market increase and production localises further, the luxury carmaker is partnering with a local company to build vehicles in Malaysia. 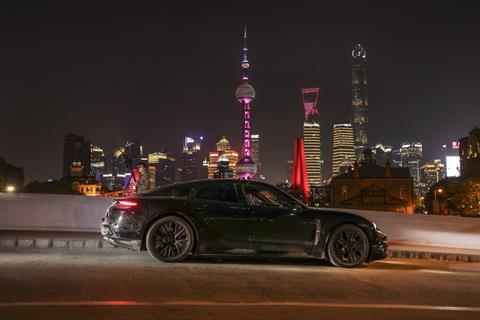 Porsche is extending its influence in the Asian market by establishing a new research centre in Shanghai and a new production plant in Malaysia.

Porsche will expand its footprint in the 10-member Association of Southeast Asian Nations (ASEAN) region by establishing a local assembly with its Malaysian-owned partner Sime Darby Berhad.

The factory will begin operations in 2022 and is exclusively responsible for the final assembly of models for the Malaysian market. According to Malaysian officials, it will be located in the northern state of Kedah.

Albrecht Reimold, bember of the executive board for production and logistics at Porsche, said that Porsche has enough capacity at existing plants in Germany to meet current and future global demand, and that output in Malaysia would be geared towards local demand.

“The new assembly site in Malaysia meets specific market needs and, although a standalone project and modest in size and capacity, it signals our willingness to learn and adapt to specific local market conditions,” he said in a statement.

In an interview, Reimold said that Porsche would continue to invest significantly in sustainable and connected manufacturing technology at its core plants in Europe. It has an objective for carbon-neutral production by 2030.

Porsche has not confirmed which models it would build locally in Malaysia.

Porsche also said that the new R&D site in China’s most populated city would help it to further understand Chinese consumer trends and improve local development of products. This will be joining the existing R&D operations in Europe, North America and elsewhere.

“We’re proud to be a vibrant, global business and to be investing in localised programmes to ensure our cars and services do reflect the specific needs of our markets outside of Europe. However, to do this best requires a permanent presence,” said Michael Steiner, bember of the executive board, Research and Development at Porsche.

Malaysia has seen increasing interest in Porsche in recent years. Vehicle imports from outside the ASEAN region face high tariffs in Malaysia, which means that local assembly of vehicles, usually as knockdown assembly kits, can reduce costs for end consumers.

Porsche has hitherto relied upon Sime Darby Berhad as the exclusive importer and distributor for the brand’s sports cars in Malaysia. Sime Darby Berhad also has an existing plant that also assembles BMW, Hyundai, Mazda and MINI cars.

While Porsche was clear that the Malaysian facility was for the local market only and not for exports, it acknowledges that the country’s position as a founding member of ASEAN provides significant business opportunities in the region.

“As Porsche is moving into a new era of mobility, Malaysia and the ASEAN region are gaining increasing importance. This step now is part of a long-standing initiative to keep pace with rapidly evolving customer and market demands,” said Detlev von Platen, Porsche’s Executive for Sales and Marketing.

The plant expansion in Malaysia comes even as Porsche executives have insisted that the brand will maintain its European-produced reputation and the associated assumed quality. It has specifically avoided building cars in China, for example, despite most European luxury brands now having plants there, including BMW, Jaguar Land Rover and fellow Volkswagen Group member Audi.

Speaking to the Financial Times in February, Porsche CEO Oliver Blume said that it did not make sense under current circumstances to move production to China, despite Porsche selling more than 88,968 units in the country last year and its lower production costs.

The Porsche boss said the coveted “Made in Germany” logo is sufficient enough reasons to keep production domestic for the time being. The electric model Taycan, the two entry-level sports cars 718 Cayman and Spider, and its celebrated 911 are currently produced at the Zuffenhausen plant, near Stuttgart. The luxury sedan Panamera is manufactured in Leipzig alongside the mid-size SUV Macan. The Porsche Cayenne SUV, meanwhile, is produced in Bratislava, Slovakia at a Volkswagen Group plant.

Porsched used to manufacture the original Cayenne bodies in Slovakia plant before the unfinished units are transferred to Leipzig for trimming and final assembly, therefore maintaining the ‘Made-in-Germany’ stamp. The third-generation Cayenne, however, has been assembled fully in Slovakia since 2018.

All of Porsche’s production hubs have been expanded in recent years. In Leipzig, the plant saw over €500m of investment for the Macan, growing the factory’s footprint by around 30% with a new bodyshop and paintshop. This was on top of the €250m spent on the Panamera and Cayenne assembly lines. Porsche opened a new production facility for the Taycan in Zuffenhausen in 2019.

In 2018, the Bratislava plant had more than €800m ($945m) of investment in facilities such as manufacturing, technologies, and expanding its workforce.