Porsche prepares the details for a cautious return to production 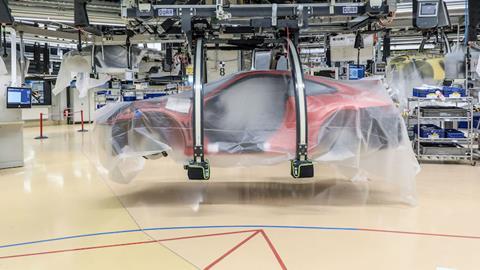 Porsche assembly lines have been suspended since 21 March but with regard to a return to production, Porsche CEO Oliver Blume advised caution.

In line with the stance on Covid-19 taken by the authorities in Baden-Württemberg, Porsche’s home federal state in Germany, he said: “We must not start to open up the country too quickly. We must proceed together circumspectly and take things step-by-step.” 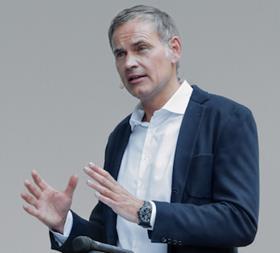 Interviewed by the Frankfurter Allgemeine Sonntagszeitung, Blume said: “At the same time, we as a company are already preparing for this in detail. We are thinking through the entire working day for the factories: from temperature measurements at home, protective clothing and hygiene through to workplace organisation. The priority when restarting production is ensuring the safety of everyone.”

So far, Porsche has applied for assistance for around one-third of its workforce, now on reduced hours. Blume stressed, however, that overall Porsche has “solid liquidity that is sufficient for several months.”

“We will invest €15 billion in the next five years in topics such as e-mobility, sustainable production and digitalisation – coronavirus will not change that.”

But he raised concerns about global suppliers and Porsche’s retail partners: “How stable are they, how long will their liquidity last? And how will they organise the restart? We are keeping an eye on that.”

Looking beyond the crisis period, Blume said that globalisation, while contributing to prosperity across the world, might take a slightly different form in the future, accompanied by a greater degree of caution. He called on politicians to stimulate the economy with consumer incentives. 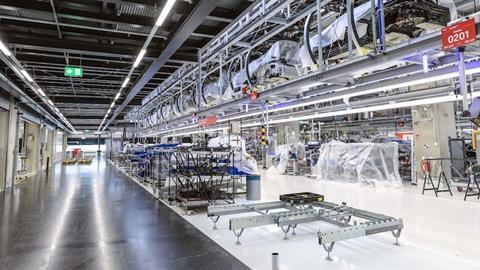 The priority when restarting production is ensuring the safety of everyone, Porsche says

Emphasising Porsche’s continued path towards to its carbon targets, Blume said:  “We will invest €15 billion in the next five years in topics such as e-mobility, sustainable production and digitalisation – coronavirus will not change that.”

Blume said: “We have checked our surroundings and with the state authorities where the concrete needs are greatest and what help can be provided quickly. The “Porsche helps” programme was created as a result of this. For example, consultants from Porsche Consulting are supporting the crisis management teams of both federal states, and our IT specialists from MHP are also helping out.” 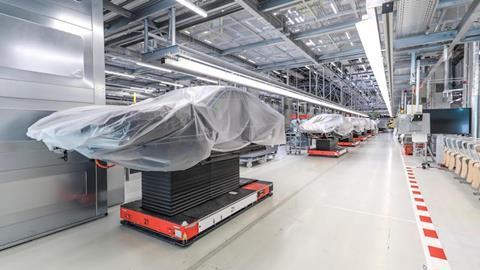 Blume described how Porsche is are organising supply chains for protective clothing and is donating equipment and funds to local hospitals as well as food for food banks.

”We have increased the budget for donations by €5 million. Our employees are also working as volunteers; trained paramedics are in demand, as are drivers for aid organisations. We have set up a platform to organise all this: for Germany, but also worldwide. We discuss the activities every day.”

“The solidarity that is currently being shown by our society will have a positive effect on us all – and give us strength for the future.”

When ask if customers were still placing orders for Porsche models at this time, Blume answered confidently about the demand : “Yes they are, but the situation varies greatly in the different regions of the world. In China, where all dealerships were closed in February, demand is already recovering noticeably.”

“In Europe, however, dealer operations are significantly restricted. But it is in phases like these that people develop dreams and needs. After the crisis, the demand for sports cars may be even higher than before, that would be my wish at least.”