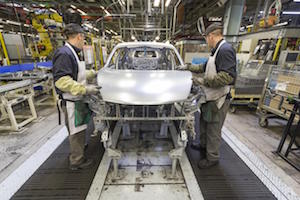 UK – In a statement, the company said it “will not be pro-actively supporting any political campaign” before the country’s referendum on EU membership, but quoted CEO Carlos Ghosn making his views clear.

“Our preference as a business is, of course, that the UK stays within Europe – it makes the most sense for jobs, trade and costs. For us, a position of stability is more positive than a collection of unknowns.”

Referring to Nissan’s factory in Sunderland, he said the company had “a rich heritage in the UK with 30 years of manufacturing and engineering presence”, making 475,000 vehicles last year alone. The OEM employs 8,000 people across its manufacturing, engineering and design facilities, supporting a further 32,000 indirectly through its supply chain and dealership network.

He added that Nissan is “a global business with a strong presence in Europe” – and that 80% of its UK-built vehicles were exported last year.

“While we remain committed to our existing investment decisions, we will not speculate on the outcome nor what would happen in either scenario,” said Ghosn. “We obviously want the Nissan UK plant and engineering centre to remain as competitive as possible when compared with other global entities, and each future investment opportunity will be taken on a case-by-case basis, just as it is now.”

He acknowledged that EU membership is “ultimately a matter for the British people to decide”.