Constellium has opened a new facility in Mexico to serve the automotive industry, and predicts strong growth on the horizon. Michael Nash reports

The global producer of aluminium Constellium has recently opened a new plant in San Luis Potosi, Mexico. From here, the company will supply crash management systems and structural components to vehicle manufacturers across North America.

"It is an exciting day for Constellium as we expand our footprint in North America to better serve our customers and become part of the growing automotive industry in Mexico," commented Paul Warton, president of Constellium’s Automotive Structures & Industry business unit. "The San Luis Potosi plant is well-positioned to serve multiple customers, and to provide advanced aluminium solutions as the industry trend to electric vehicles gains momentum."

The 5,000 sq. m facility, which cost around US$10m, includes the latest technology for forming, machining, welding and heat-treating of aluminium components, as well as a state-of-the-art quality inspection laboratory. 100 employees will be working on site by 2019, but the company has suggested that this number could grow as it expects to more than double the size of the plant in order to meet rising demand for aluminium automotive components.

Speaking to AMS, Molly Shutt, Commodities Analyst at BMI Research, also highlighted the trend of electrification as key for aluminium suppliers like Constellium. "It stands to reason that EV producers are more carbon-conscious than traditional vehicle manufacturers, and thus will be more inclined to substitute steel with aluminium due to its lighter weight, which enables greater vehicle efficiency and range," she explained. "Mostly, we expect luxury vehicle producers to drive the aluminium trend, as they are better able to absorb the higher cost of the material."

Numerous aluminium-intensive BEVs have recently hit the market, such as the Jaguar I-Pace. The production model, which was unveiled ahead of the 2018 Geneva Motor Show, is based on a new architecture specially designed for BEVs and made out of aluminium. The housing of the battery pack is also made out of aluminium in order to save weight. The Chinese-based EV manufacturer Nio, which recently launched its first production car called the ES8, will use Novelis' Advanz aluminium alloys to create a range of structural components for all its models.

A report from the independent market analysis company CRU suggests that aluminium demand in EVs will near 10 million tonnes by 2030, marking an increase of ten-fold from 2017. However, growth is also forecast for steel usage in the automotive industry, which remains the dominant material in vehicles. The management consultancy firm Lucintel expects the advanced high strength steel (AHSS) market alone to reach an estimated worth of US$27 billion by 2022, recording a CAGR of 10.4%, while demand for ultra high strength steels (UHSS) is also expected to rise.

Shutt thinks that companies like Constellium will need to establish strong and strategic partnerships if they are to take advantage of the growing use of aluminium in EVs. The company recently signed a binding agreement with Novelis - another aluminium supplier - to sell assets of its Sierre plant in Switzerland, which have been leased and operated by Novelis since 2005. As a result, the plant is now being shared as a 50-50 joint venture (JV), with Constellium continuing to operate its cast houses, plate and extrusion manufacturing systems at the plant.

As part of the agreement, the two suppliers have also entered a long-term production and supply collaboration. According to Lionel Thomas, plant director of Constellium Valais, this will allow both companies to react faster in line with the demands of the market. "We expect this agreement to allow for a more sustainable and efficient collaboration between Constellium and Novelis, and thus to benefit our companies, and the local community in which we both operate," he commented. 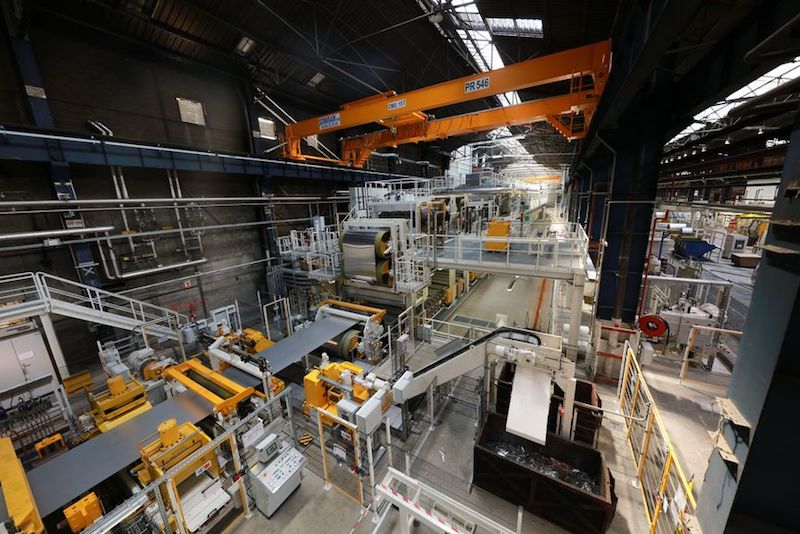 Although Warton is confident that the location of the plant will allow it to serve the North American market, analysts are less optimistic. Shutt highlighted potential difficulties that could come with changes to the North America Free Trade Agreement (NAFTA).

"The renegotiations of NAFTA certainly pose a downside risk to investing in a new plant in Mexico, the breakdown of which would impact Mexico’s aluminium sector by disrupting the highly integrated autos trade between the US and Mexico," she observed. "Despite the uncertainty surrounding the outcome of the NAFTA renegotiations, Mexico’s metals sector is well-positioned to see solid growth over the coming years, supported by solid domestic vehicle demand, rising metal prices and competitive operating costs."

Constellium also recently opened a new plant in White, Georgia, which again produces crash management systems and structural components for OEMs. Similarly, the company suggested that the 135,000 sq. ft. facility could be expanded to 220,000 sq. ft if demand continues to rise. With NAFTA renegotiations causing uncertainty in the region, the plant in Georgia could be positioned to better serve Constellium's US-based customers.