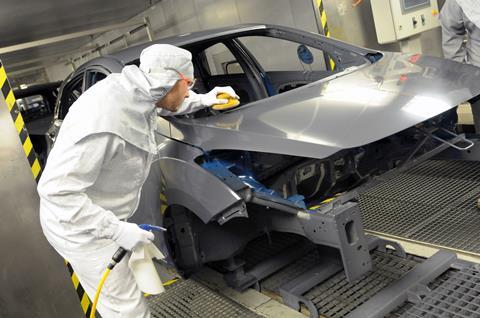 From its origins in several plants across Korea, Hyundai’s production network now stretches into all continents. Vehicles and powertrains are manufactured in China, India, US, Brazil, Turkey, Russia and central Europe. A key element of the network is Hyundai Motor Manufacturing Czech (HMMC). Wholly-owned by the Hyundai Motor Company, HMMC began volume production in November 2008 with the first generation i30 on that back of Hyundai’s initial €1.12 billion ($1.25 billion) outlay. With an additional €400m ploughed in over the decade since, HMMC represents the Czech Republic’s biggest ever foreign investment.

What began as a blank canvas for Hyundai is now one of the most modern and versatile automotive production plants in the world, fully integrated with capacity of up to 350,000 units per annum. The HMMC facility manufactures vehicles for export to 66 countries worldwide from its location in Nosovice, a town in the Moravia-Silesia region, the eastern portion of the Czech Republic. Before Hyundai’s arrival, Nosovice was renowned as the home of the Radegast brewery. It is now a firm fixture on Europe’s automotive map, forming a crucial part of Moravia-Silesia’s industrial structure. 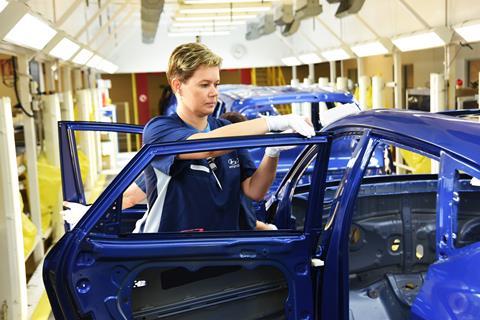 Before Hyundai’s arrival, Nosovice was renowned for brewing but it is now a firm fixture on Europe’s automotive map

When considering where to locate the plant, the Czech Republic entered Hyundai’s thinking not only due to its economic status as an EU member but also its engineering heritage and the technical level of the transport infrastructure. Three strategic investment zones were put forward by the government’s trade development agency, CzechInvest. Of these, Nosovice came out on top, helped by its close proximity and route access over the border into Slovakia and the sister plant operated by Kia at Zilina.

Before Hyundai’s arrival, Nosovice was renowned as the home of the Radegast brewery. It is now a firm fixture on Europe’s automotive map

Vehicle production at HMMC consists of processes across five operational halls: the stamping shop, the bodyshop, paintshop, final assembly and the transmission plant. The plant’s current headcount is approximately 3,300. The direct suppliers, namely 15 Korean companies who followed Hyundai to the region, account for an additional 8,700 jobs.

Hyundai Steel is based in an adjacent site at the industrial zone, receiving the large coils from suppliers such as ThyssenKrupp, Voestalpine and ArcelorMittal in Europe as well as Korean suppliers Posco. Hyundai Steel rewinds the supplied coils to smaller formats and provides a quality and thickness check before trucking onto HMMC.

Hyundai Mobis, also based in the industrial zone, is on hand to supply four pre-assembled modules, aggregating to 70% of the value of the car. These modules comprise: the front axle with engine and transmission; the rear motor link axle; the front block and the cockpit; and the front-end with radiator and headlights. Sent via two parallel conveyors directly from Mobis’s lines to HMMC’s assembly hall, the modules arrive just in sequence and just in time. Hyundai Dymos, Hyundai’s seat supplier and the third key partner on site, feeds the HMMC assembly in similar JIT fashion.

The transmission shop makes manual five- and six-gear units, compatible with engines 1.4l and 1.6l, both diesel and petrol. Those engines are made 80km away, over the border at Kia Slovakia. Correspondingly, transmissions are shipped there for Kia’s own vehicle production operations at Zilina. However, Nosovice also makes cars with powertrain ranges from 1l up to 2.2l and 2.4l – these alternative engines arriving from Korea along with the matching transmissions. All automatic transmissions are also supplied from Korea.