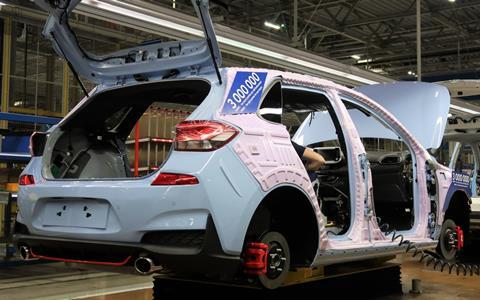 Earlier this year, Hyundai’s plant in Nošovice, Czech Republic, celebrated the production of more than 3 million cars since it opened in 2008. From the total output of Hyundai Motor Manufacturing Czech (HMMC), it’s the Tucson SUV which accounts for around 30%. Three generations of the i30 have also emerged from plant, making up 36% of the output. However, it was a high-performance i30 N model that saw the plant race past this latest milestone.

The N brand is an endorsement of HMMC’s standing in Hyundai’s global network, with its versatile test track adding to its credentials as a performance vehicle facility. As HMMC took the current N model through pre-series, its quality control team deployed the cross-function teams (CFTs) process that has helped it implement new lines since 2015. 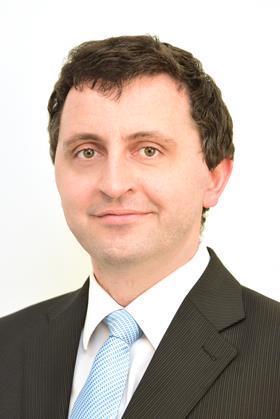 Tell us about how your CFTs operate?

We established the CFTs to verify the car in the development stages. We have several pilot stages to produce the car, from the beginning until mass production. During these stages we establish nine teams for investigation and verification of the workability on the line, verification of the part, the functions, and complete vehicle production quality, and as well the function quality.

These teams are focused on the main characteristics: the stamping and welding process, the paint process, and then the interior, all exterior moving parts, chassis and electrics.

Each team has members from the various sections of our company, so we have people from the production department, from the quality division, from development, and also from logistics or material control.

These members work together and are in touch directly with the designers in Germany or, if necessary, in Korea. They are communicating by email or by phone and they can discuss the problems they find, prepare the countermeasures and coordinate activity with the designer to finally approve some design change during the pilot stages.

The secondary verification comes mainly from a production point of view, looking for the defects on the car as the final product. We have one more team – I call it the evaluation team – focused on the performance, for the functions from the logic point of view. This team verifies powertrain logic, electric functions, dynamic performance.

What is the reporting structure, day to day?

Generally, once a week during the project we hold the complete team meeting – and two times per week they have their internal meetings. They are communicating, sharing status, issues or current progress.

The teams are created from experienced members but, for a better discussion with R&D, we have our Korean coordinators [based at the plant], including the production vice-president and the quality division vice-president.

When did HMMC begin the CFT method?

We had something similar to the CFT previously, but officially it was from the Tucson in 2105. We always take one model at a time, not several simultaneously. So currently we have one organisation structure for all projects. In the past, we’ve had it divided: one model, one team. But the members discovered it is much easier for communication for one team to take care of all models. 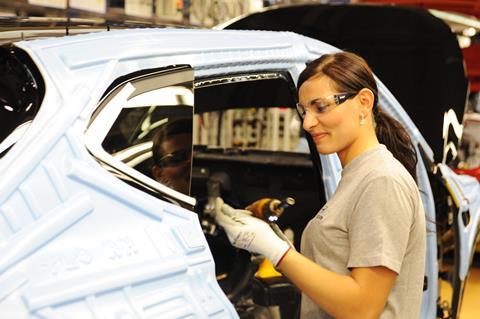 Was the CFT idea generated from Korea?

No, we established the idea in the HMMC plant first and then, after our success, we handed over this method to other plants: Alabama, Russia, Turkey and Kia in Slovakia. The structure and the method of work is transferable.

Could you give some example of something where the CFT suggestions led to a practical improvement?

The majority of the improvements are from the logic point of view [powertrain, electric functions, dynamic performance]. From the structure point of view, in the N cars we implemented a lot of changes; for example, for the rear spoiler. The original design was a little bit weak. So we found out during testing in high speed that some parts are a little bit loose or can loosen. We handed over this information to R&D so they could improve the models from the same design. Generally it’s about the fixing. For the final shape or the design, in our case, it’s too late to be changed. But in the case of a fixing method or production method, or different materials or injection methods, this we can change in our process.

Does 3D printing assist you in this?

Within the quality department, the laboratory’s 3D printers can make a substitute part to see if this shape would work a little bit better. We don’t have to wait for the Namyang R&D centre in Korea to do it for us. We can do it here in one day and test how it works. It speeds up the prototype production and verification before the mould is modified. The N brand is close to the heart of Albert Biermann, head of Hyundai’s high performance vehicle division – has he taken a close interest in the role you’ve taken?

Once you have Albert Biermann as the father of the car, your area for improvement is very limited. At the beginning of mass production, we had weekly video-conferences. He was interested in the production issues and how he could support us. He also visited us and reviewed the full process. He fully understands what we can do, what is our passion, how we can prepare the car and what kind of requirement he can have from us to satisfy the customers.

The plan was for 500 N units a month, then we increased to 1,000 and now the rate is even higher than this. The biggest market is Germany but then in Europe the strong countries are UK, Belgium and Switzerland. Also, Australia – it’s a blockbuster in Australia.

And are the Australian models made here or in Korea?

Here. All N cars like the Fastback N and the 5-door N are produced at HMMC only, with the exception of the Veloster N, which is made in Korea for the American market.