There’s no shortage of innovative ideas and must-see presentations at this year’s SPS/IPC/Drives Electric Automation show in Nuremberg, from 25-27 November.

The chance to see what’s new, compare notes and extend, strengthen and reinforce networks in today’s challenging market conditions isn’t to be lightly passed up. Probably the best opportunity this year – in Europe, at least – is the SPS/ IPC/Drives/Electric Automation show, which is taking place at Nuremberg Exhibition Centre from 25-27 November. This is the 19th year the exhibition has been held and each year, it continues to grow.

When times are uncertain, it’s all the more important to keep in close touch with market developments, through networking, contacts with suppliers and customers, and attending presentations on technical advances. They’re all to be found at SPS/IPC/Drives/Electric Automation 2008; and so far, there doesn’t seem to be any downgrading by the industry’s leading players, who are taking significant stands at the show. Some of the highlights of the show are detailed below: 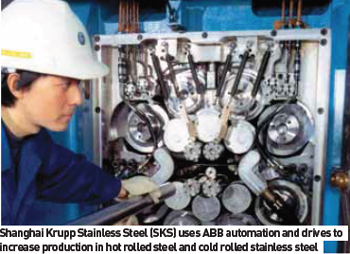 Epson
(Hall 4A booth 500)
Epson has been involved in assembly automation for more than 50 years and has been producing robots since 1980. Epson Deutschland is scheduled to show examples of robot control systems and also drive and motion control systems and industrial image processing. The latest generation G-Series Scara boasts increased precision and speed, with 168 variations within the 450-1000 mm reach/ six-20kg load range. A new controller system, RC170/RC180, offers improved ease of use, compact size, increased reliability and value for money.

Kuka Roboter
(Hall 7A stand 261)
The well-known robot and automation company will be co-exhibiting with acontis technologies, whose core competencies are real-time technology, industrial communications and firmware development are. Kuka earlier this year introduced CeWin, part of the RTOSWin control product family, which uses Windows CE as a real-time operating system and Windows XP at the front end, and covers a range extending from low-level entry systems up to multi-core processor, multi-OS high-end applications. VxWin enables VxWorks and Windows to run co-operatively on one PC; VmfWin is the company’s new Windows real-time visualization platform.

Schneider Electric
The company’s range of activities is reflected by a strong presence at the show, with representation on four stands covering different areas. Its solo stand is in Hall 4, stand 310. Schneider specialises in energy management and is a leader in the provision of integrated solutions in building automation, data centres and networks, industrial processes and control, and other applications. It has recently acquired Xantrex, which provides advanced power electronic products and systems for the renewable and mobile power markets. Schneider and Fuji Electronic Holdings have formed a joint venture in electrical distribution and industrial control. Information on motion controllers and motors, actuators and integrated compact drive systems from Schneider Electric Motion Deutschland can be found in Hall 6, stand 208. Schneider is co-exhibiting in Hall 6 stand 124 with sensor intelligence specialists Sick; and has representation in Hall 6 Stand 324 with AS-International, Bernstein, Euchner, Festo, ICS Industrial Communication Solutions and others. 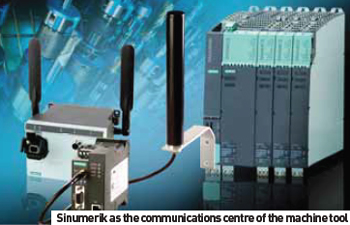 Siemens
It would be surprising if Siemens was absent from an exhibition touching on the automotive sector or industrial automation. In October, it announced its second recent major order from a Ukrainian steel producer – OJSC Dneprovsky Iron and Steel Integrated Works – for the refurbishment of two long-product lines, including the engineering and supply of mechanical equipment, electrical and automation systems for a heavy-section line and a merchant-bar rolling mill. In automation, Siemens Drive Technologies recently unveiled Sinumerik 840D, which controls robots through open interfaces and is aimed at SME suppliers and is intended to help companies change flexibly from hand-guided to automated machine tool operation.

Siemens has made a number of announcements in automation this year, including the inclusion of telecontrol functions in Simatic PCS 7, integrating distributed, distant substations with a central control system for a complete overall solution. Its PC-based SIMATIC WinAC RTX controller is now available with a Profinet interface, enabling it to be used with ethernet or Profinet communications. Further, its solutions for improved energy performance in electric motors have been expanded with the introduction of Sirius 3RW30 soft-starter, which improves characteristics of motors with two-phase polarity balancing. Siemens has two solo stands: Hall 9 stand 310 and, as Siemens ITPS, in Hall 7A stand 610. Fujitsu Siemens is exhibiting at Hall 8 stand 302.

Horner Ireland
(Hall 9 stand 149)
This is the European arm of Horner Electric Group, which makes programmable controllers, human/machine interfaces and other equipment for applications in drive and motion control, logic modules, communications and training. 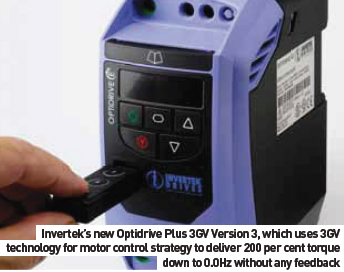 Invertek Drives
(Hall 1 stand 620)
Invertek Drives is using the show to formally launch Optidrive Plus 3GV Version 3. As the name suggests, it uses patented 3GV technology for motor control strategy, delivering 200 per cent torque down to 0.0Hz without any feedback.

Only the motor nameplate data is required to achieve optimum performance, the drive continuously and automatically determines and tracks the key motor characteristics required for vector control. Optidrive Plus 3GV can be commissioned using Optiwand PDA software, which is designed for use on pocket PCs. Infrared wireless communication enables fast and accurate data transfer. Optidrive solutions have been used in applications as diverse as sewage treatment, metallurgy, machine tools and even artistic wood and metalworking – as well as industrial painting. Its Optistick memory module can be programmed with a PDA or Smart phone and makes accurate repeat drive programming simple and very fast.

Leoni Fiber Optics
(Hall 6 stand 357)
Leoni Fiber Optics claims to offer a complete range of leading edge tailor made solutions, designed to meet the highest standards of reliability, for all fiber optic needs. It will work through every phase of a project, from design through planning, manufacturing and installation and onto maintenance. Fibers are drawn and packaged into customer-specific cables which are assembled into its own connectivity solutions. Its sister companies, Leoni Elocab and Leoni Special Cables will also be present on the company’s stand.