Whether lowering emissions, going landfill-free, reusing water or harnessing renewables, sustainability and energy management has long been a top priority for carmakers 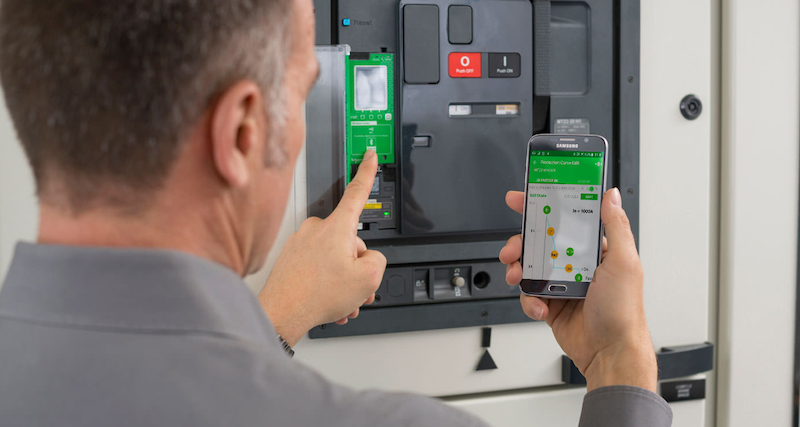 Sustainability and energy management: these are the buzzwords that have dominated automotive manufacturing over the past decade. How many major automotive manufacturers can you think of that don’t have a sustainability policy? Ford’s latest annual sustainability report states that it has achieved a 25% reduction in manufacturing energy usage between 2010 and 2015. Seat calls its energy efficiency strategy ‘Ecomotive Factory’, while Toyota continues to rack-up awards from not-for-profit sustainable economies organisation CDP for its use of water resources and environmental management.

Volkswagen was listed as the most sustainable OEM in the world rankings, just a short time before the news broke that the company had been using devices to evade clean air standards. In the scandal that followed, it became clear just how important sustainability and managing energy is to consumers and businesses alike.

When carmakers first drew up their energy management and reduction goals, they may have seemed ambitious, but they could also find many ways to make changes to improve their sustainability, whether though implementing new technology in old plants, using renewable energy sources, or building new plants that were energy efficient from the word go.

Al Hildreth, GM’s global energy manager, says: “Our challenge is to find new, innovative technology and behavioural changes that will allow us to continue to reduce energy usage at pace, but we recognise that we can’t continue with the massive gains that we’ve had over the past 15 years. We have goals to reduce energy usage by a further 20% between 2010 and 2020 and water usage by 15% in the same period, and this has to come from somewhere.”

While building new plants with energy efficiency in mind (both during construction and operations) may seem like an obvious way to achieve more gains, GM has been continuing to realise significant savings (in energy usage and cost) by upgrading existing facilities.

“We see the greatest opportunity in terms of energy reduction for existing plants, especially ones that have not had many model changes or it’s a machine plant,” says Hildreth. “There are many examples of where we’ve replaced legacy systems with new innovations, resulting in great gains. For example, we’ve put variable speed drives in motors to more effectively use the right size of motor, and we also use building management systems to reduce the use of energy in our facilities.”

There are many examples of the projects Hildreth refers to. In Indiana, GM installed variable-frequency drives at its Fort Wayne assembly facility to help cooling tower pump systems and fans operate with more precision. In Michigan, it upgraded the paintshops at its Lansing Delta Township plant by installing new doors that isolate airflow. At the company’s Bedford Casting Operation plant in Ohio, the installation of high-efficiency burner controls on melting furnaces contributed to a reduction in energy intensity by 12%. It also improved monitoring and control of equipment.

GM also made inroads with its aim to use 100% renewable energy by 2020 for its worldwide electricity needs by replacing 11,000 lights with LED tubes at its Grand Rapids plant in Michigan. These have helped reduce energy intensity by 18%, assisted by new variable-frequency drives on heating and cooling equipment.

Lighting has also been a focus for Seat – a company that has a goal of reducing by 25% the resource consumption per vehicle produced by the year 2018. The Spanish manufacturer – in conjunction with Phillips Lighting – is replacing all exterior light sources at its Martorell facilities in Spain with connected LED lighting.

One of General Motors’ most innovative projects for 2016 has been the reuse of storm water at its Detroit facility.

“We found an opportunity to save energy at our Detroit-Hamtramck assembly plant by reusing storm water in our paintshop,” says Hildreth. “We were already collecting storm water, but were sending it to a facility to have it treated. We invested in more ponds to collect water, as well as our own water treatment facility, and now we collect the water from storms instead of putting it back into the Detroit River, which has its own environmental risks. We’ve got great payback here, and we expect the plant to save around $2m each year from this initiative.”

Another example of energy efficiency innovation is at Toyota Manufacturing UK, which upgraded its Derbyshire facility’s paintshop with a new system to handle exhaust fumes. The goal was to separate the final treatment of emissions from the oven heating facility. To achieve this, independent contractor George Koch Sons Europe fitted each oven with gas-powered heating systems that use fans with inverter controls. This enables control and monitoring of oven recirculation according to the stage a vehicle is at in production, and improves energy efficiency overall.

Creating connected facilitiesAnother area ripe for energy reduction is in utilisation. By automating building management and facilities, automotive manufacturers can ensure that only the technology and processes they need at that very moment are used.

“As automakers operate on a just-in-time basis, they can often have to wait around for parts from their suppliers to finish building the vehicles, with lines still in operation but not being used,” says Mark Staples, key client director, automotive, at Schneider Electric. “It’s a huge waste of energy. By connecting the lines and processes to the buildings they are in, automakers can ensure lights and other facilities are turned off when they don’t need to be used.” 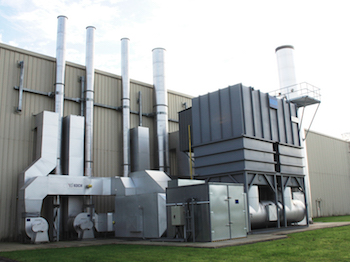 To reach this, Ethernet technologies, open architecture and smart and connected devices offer huge opportunities for energy savings in plants that have been running for some time.

“Existing plants are full of proprietary networks which are great in isolation, but manufacturers now want to connect systems together so they can interface with one another,” says Staples. “An example of this is with call systems for operators. When a line runs out of a part, traditionally the controller would have had to get out of their seat and press a button to put in the request, but with wireless Ethernet technologies that connect different systems and networks together, they can do it with their choice of connected device from their seat.

“Our power management solutions such as StruxureWare Power Monitoring Expert software, our Masterpact MTZ high power low-voltage circuit breakers, and our Smart Panels intelligent building management solution, feature open architecture, allowing them to be connected not only to our devices but also third-party ones, and with Ethernet connectivity built in.”

Benchmarking energy consumption patterns using wireless and Ethernet technologies can also help carmakers to identify areas where they can increase energy efficiency. The Monitoring and Control System from Minimise Energy is an example of this, using RF to collect data from connected sensors and meters. The system can be used to detect areas where there is energy waste over a long period of time, or to continuously monitor energy output from other areas by providing constant data from the sensors.

Virtual modelling of energy usageAugmented and virtual reality will also play a part in energy management in the building of new plants – or the extension of existing ones – in the future.

“When an automotive manufacturer wants to extend a plant, or build a new one, a major part of the construction process is the use of 3D modelling,” says Staples. “Automakers want to see a simulation of not just how the building will look, but also how the facilities and processes will work. That is where virtual reality will come in, as you will be able to model exactly how each of these components will operate and their energy usage.

“With augmented reality, an operator can walk around a plant and scan a barcode on a piece of equipment with their smart device. Using augmented reality, they will be able to get a pictorial view of the state of this equipment, as well as metrics for energy usage and past failures. They can then identify areas where they can improve energy efficiency. We have demos of these kind of solutions already and, as a new generation who are digital natives come into the workforce and automotive innovation centres in universities grow in size and strength, the use of this kind of seemingly futuristic technology will really come to the fore.” 