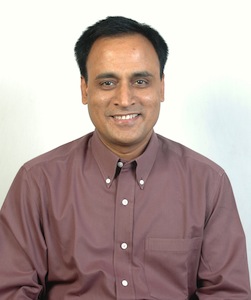 In addition we have a powertrain division here, producing engines and transmissions, plus a production engineering section that produces tooling; dies for pressing and moulding and jigs.

AMS: The growth in the Indian economy has weakened and this has impacted on vehicle sales. What effect has this had on production volumes at Pimpri?
DN: Both car and CV markets have suffered as a result of the stagnation of the economy. This has meant a 20-30% reduction in production volumes for both cars and CVs.
However, there is some optimism for future growth as the new government has promised to take positive steps to boost the economy.

AMS: How are you adjusting your production operations to meet current levels of demand?
DN: Utilisation is adjusted depending on segment/model range, but our production has the flexibility to deal with these fluctuations in demand.

AMS: How much commonality/platform sharing is there across your LCV, MUV and pick-up truck ranges?
DN: There is probably around 85% commonality with these segments and the assembly lines are shared.  Also, the paintshop has been designed to handle a combination of models and platforms. Obviously there is less of this with the larger trucks, as the size and weight differences make platform and component sharing less practical.

AMS: Are there plans to bring any new models to Pimpri, or to expand the plant?
DN: Not at present, but production strategy is being reviewed on an ongoing basis. Obviously, the market will need to improve before any additional production is added.

• Naik graduated in mechanical engineering from COEP, Pune, in 1979
• He joined Tata Motors in March 1981, in the auto projects division
• He was responsible for the planning and execution activities of BIW, and TCF for all vehicles and axle types
• Naik spent two years at TDCV Korea, leading the NPI (New Product Introduction) Division
• He has handled four greenfield projects at Tata Motors.

AMS: When was this plant established?
DN: I think we began production here in 1977.

AMS: What has been your strategy regarding levels of automation across CV production?
DN: We are balancing between the volume of production and the manpower costs. This is an important factor, but for some areas automation is now the best option, such as the paintshop. The bodyshop still has relatively high levels of manual operations. A lot depends on future volumes. If they increase, then automation becomes more cost-effective.

AMS: Have there been any new developments to operations here, perhaps in relation to manufacturing engineering?
DN: We make tooling, such as jigs, dies, sheet metal fixtures, etc for a number of different customers, as well as our own production operations. This involves the complete process from design and development through to manufacturing of the tools. There is always development going on in terms of how we do things, but this is an ongoing process rather than a major change.

AMS: Why did you develop this in-house capability for production engineering?
DN: It has meant we are able to get product to market very quickly. Being able to develop any new tooling or make any modifications here saves a lot of time and this is very important to us.

AMS: How much standardisation is there across Tata’s automotive manufacturing operations?
DN: There are good synergies across both car and CV production.

As well as producing CVs, passenger cars and powertrains, Tata’s Pimpri site in Maharastra is home to a production engineering section which facilitiates rapid vehicle design, development and manufacture

Tata Pimpri has a high level of vertical integration, not least in the form of its fascinating production engineering section. This is where the tools of vehicle production are developed and made, covering everything from jigs and fixtures to the dies for sheet metal forming. It is an impressive facility which produces 66% of the company’s sheet metal dies; the equipment to do so includes 70 CAD stations and 14 large CNCs. Around 290 dies are made per year. These, and the jigs and fixtures, are also produced for external customers such as Ford, Toyota, Honda and Jaguar Land Rover.

Creating a perfect match
Designing and making these tools requires a mixture of heavy engineering and high-tech, computer-controlled machining, plus simulation design systems. For the dies, large blocks of high-strength steel are first machined to provide perfectly flat surfaces on the two matched halves; although these huge tools can weigh several tons, a high level of precision is required at all stages to produce an accurate and durable former.

The die shop employs three and five-axis machining centres, the former performing the initial, less complex cutting operations and the latter used for more complex tasks. Once the matched flat surfaces are achieved, the blocks are machined to allow accurate location of the two halves. The CAD system will then be used to programme the machining centres to produce the desired profile for the body panel.

This process requires a number of passes by the machining centres, with the last operation taking three passes to achieve the final finish. This is very important as the die profile must have a flawless finish to produce A-class panels.

The die is then trialled in a Schuler press to check its performance. Adjustments are made over a number of stages until the desired quality and accuracy of pressing is achieved. During this phase, an operation called ‘spotting’ is carried out. This involves fine adjustments to the two halves of the die, using hand tools. The result is a die that will produce perfect panels, repeatedly.

The jigs and fixtures are produced using a combination of casting, machining and fabrication depending on the application. For the casting of the more complex shapes, styrene moulds are created, which are then sent to a specialist casting company.