The OEM hopes to transform its newest plant in the country, Tapukara, into a major regional production hub 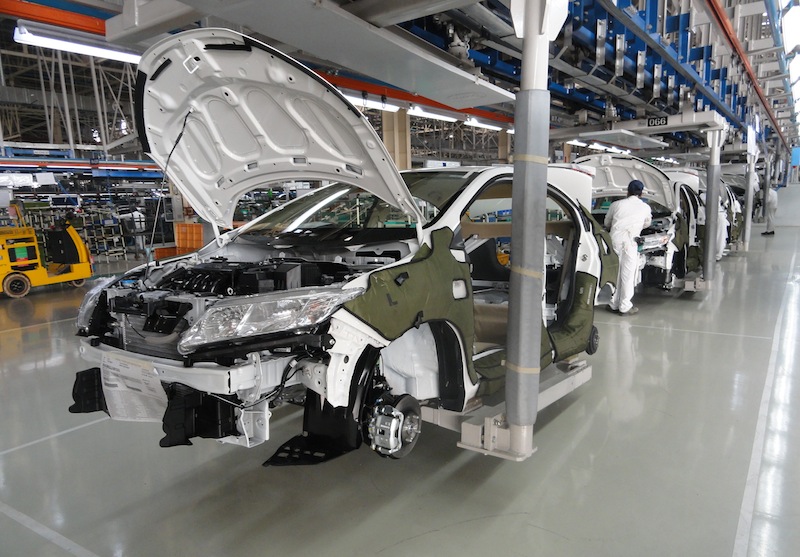 In the case of Honda’s latest plant in India, at Tapukara, appearances can be deceptive. At the time AMS visited, this huge facility was largely underutilised, producing just one model, the Amaze (production of the City has since been added). With an installed capacity of 120,000 vehicles per year, current output is just half that figure; but what is really striking is the enormous capability of the plant.

Every facet of the vehicle-making process is located at this one site, making Tapakura unique in the Japanese carmaker’s production network. Along with stamping and forming, bodyshop, paintshop and final assembly, the plant has a plastic injection-moulding unit for bumpers and trim. In addition, Tapukara runs a full powertrain production operation that includes a foundry and die-casting for production of aluminium blocks, cylinder heads and transmission cases. This area will see the introduction of a new cast iron spin-casting facility, for the production of cylinder liners, in 2015.

Forging & machining
The latest production operation to be added to the site is crankshaft forging and machining, with the capacity to produce 1m cranks per year. The process is fully automated. The raw material, in the form of steel billets, is cut to length and then placed by Fanuc robots into a pre-heating unit. The billets move through a series of coils and are heated by induction to a maximum temperature of about 1,250°C. The glowing billets are then placed by robots into the forge to undergo a four-stage process to produce the forged crank. The next stage cools the cranks prior to a quality control check involving both visual inspection and electronic systems. The checks cover 100% of the output.

Given this capability, Tapukara will be a major hub for powertrain production. The plant can and will supply the crankshafts as forged or finished (machined) items. The powertrain section includes a line of machining centres in an operation providing a 30-stage machining process. Other cast parts such as connecting rods, pistons and camshafts are sourced externally, although final finishing operations and quality control are carried out at Tapukara.

Ready for expansion
As with the powertrain section, the bodyshop reveals the scope of planned future production. During the AMS visit, only one line was installed, around 50% automated. Yaskawa robots perform the majority of the spot welding operations, with some manual welding carried out on the floor panels. Material handling between stations is also largely a manual operation, but the size of the bodyshop provides ample scope to increase throughput.

The assembly line viewed by AMS operates at 30 jobs per hour (in line with the paintshop rate). The vehicles being produced have a local content level of around 90%. 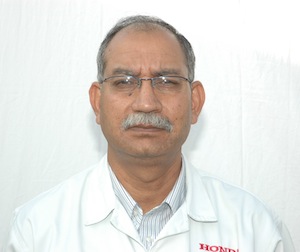 AMS: Tell us more about the new forging facility. What was the reasoning behind having this on-site instead of sourcing crankshafts from an external supplier?
Rajeev Wasan (RW): We do buy some components from local suppliers, but as compared to imports it is definitely cheaper to make them in this country rather than source them from abroad. Certainly we have good access to the raw material in India.

AMS: Was quality control one of the reasons for establishing production on-site?
RW: Component quality is important and we also supply parts to Honda facilities worldwide, like the crankshafts, but it wasn’t an issue. Honda needs supplying with large numbers of these components and there are only perhaps facilities in two or three other countries – Japan, the USA – that can manufacture and supply the quantities needed, and given the ready availability of raw materials in India it is a very suitable location.

AMS: When did you start production of crankshafts here?
RW: We started manufacturing at the end of March [2014].

AMS: What is the installed capacity for crankshaft production?
RW: We have a single press that can produce 1m cranks per year.

AMS: Are you producing more than one variant of crankshaft here?
RW: Yes we are, but I couldn’t at present tell you how many variants. We will supply crankshafts for whichever engine variant is required, even those we don’t produce here. We are supplying both forged and finished cranks, again as demand requires.

AMS: You also perform casting for powertrain here on-site; what do you produce?
RW: We have capabilities for both high- and low-pressure casting for blocks and cylinder heads, primarily in aluminium. We are also setting up a spin-casting operation to produce the cylinder sleeves with a capacity of 2,000 car sets per day. Production of these will start at the end of 2014. 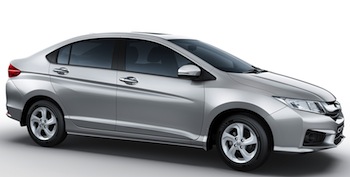 AMS: What is the current vehicle production capacity?
RW: At present it is 120,000 units per year, but we have recently begun second-shift production in the plant and are in the process of ramping up capacity.

AMS: How much of your vehicle production is for export?
RW: We only export vehicles made at the Greater Noida plant at present.

AMS: What levels of automation are in place here? Which area is most highly automated?
RW: We haven’t gone for full automation, but applied what we feel is the right amount of automation to suit current production levels. This allows us the flexibility to add more as production is ramped up. The bodyshop has the highest level of automation at about 50%.

AMS: Which supplier provided your paintshop and what is the current capacity of this facility?
RW: There were three companies involved in building the paintshop: NKC, Taikisha and Parker. It operates at 30 jobs per hour.

Timeline
• 2007 – Honda Cars India announces the commencement of construction work at its second plant
• 2008 – Phase I operations begin with a press shop and a powertrain unit for engine components
• 2013 – HCIL announces an investment of Rs 2,500 crores in its Tapukara plant to build a new assembly line for cars, a new diesel engine component production line and a forging plant
• 2014 –  Start of car production with the Honda Amaze

AMS: With this being a relatively new plant, how are you training your staff?
RW: Each department has its own training centre where new members of staff are put through the required training prior to going on the line.

AMS: Does this follow a standardised Honda training programme?
RW: We have adapted the training to suit our particular needs.

AMS: Have you been sharing the experience and expertise of staff from Greater Noida? Have any transferred to Tapukara?
RW: Yes we have, and some have come here [Tapukara], but it is some distance away and that has made it difficult for them to relocate.

AMS: How does Greater Noida compare to Tapukara in terms of manufacturing capabilities?
RW: That plant carries out assembly operations only but it does have an injection-moulding [plastic bumpers] facility.

AMS: How does Tapukara differ from Honda’s standard production facility model?
RW: We have done some things that are unique to our plant, but the core of the operation remains the same; the production processes and quality control systems are the same. There are some areas that are fine-tuned to suit our needs here in India. We have focused on a couple of areas such as reducing the movement of materials, avoiding double handling.

AMS: Are there any areas of the operation that are particular to India?
RW: For the Indian parts suppliers, the infrastructure is challenging; the road infrastructure is not good. Supplier discipline is improving but not yet at the standard of, say, Japanese parts suppliers. As such, we keep a higher level of parts inventory than might be found in plants in other parts of the world. We are always looking at ways to improve our operations, how to apply world-class best practice to the conditions in India.
Key Features of Honda Tapukara – Phase I