Lionel Chapis and Andreas Afseth, respectively Constellium's MD and R&D market manager for Automotive, explain how the lightweight alternative to steel is now fulfilling its potential – and not only in the US 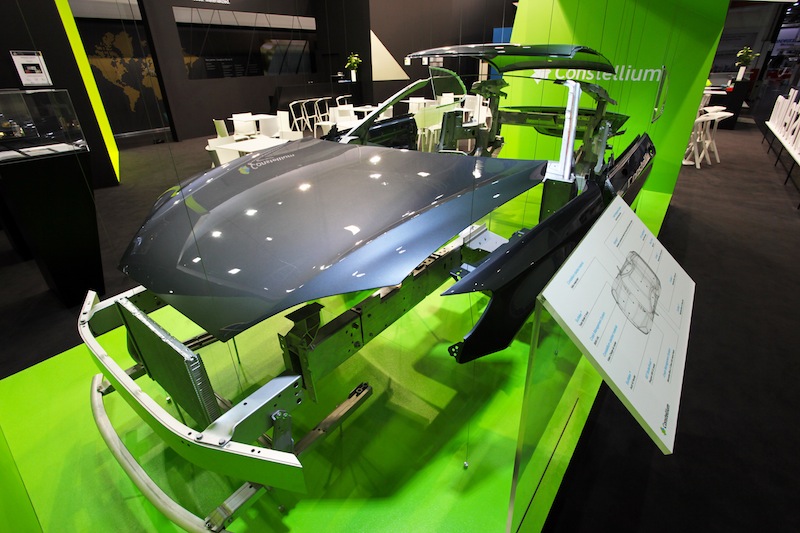 It is an exciting time to be supplying aluminium to the automotive industry, according to Lionel Chapis, Constellium’s managing director of Automotive Structures. Driven in large part by Ford’s decision to employ an all-aluminium body for its market-leading F-150 pick-up truck, demand for the lightweight alternative to steel has exploded in the US. As a major supplier of extruded products to Ford, Constellium has made significant investments in the region.

The company is also supplying aluminium to a variety of other OEMs around the world, including Porsche and Tesla. Chapis says, “All of the projects we have been working on over the last five years – in Europe, the US and in China – have now materialised. It’s no longer ‘potential’ or ‘the future’; now it’s real. We are supplying aluminium to many different customers for a lot of different models – even very high-series models.” Now Constellium is looking to expand its activities in the UK, the home of aluminium pioneer Jaguar Land Rover (JLR). Chapis continues: “There is a very high competency in the UK for lightweighting... a long history there of working on these solutions.”

The market for automotive aluminium in Europe is distinct from that in North America. In 2012, demand for body in white (BIW) sheet in the US stood at around 100kt, according to a forecast made by Constellium based on market studies and model-by-model analysis. In 2015, this demand could reach 500kt, and more than 1Mt in 2020. By 2025, US demand for BIW sheet is forecast to be 2Mt. By contrast, European demand for BIW sheet stood at 200kt in 2012; in 2015, demand could reach 400kt and it might hit 600kt by 2020.

Andreas Afseth, Constellium’s R&D market manager for Automotive, says the rate of growth is “much more steady” and based on a different approach to the use of aluminium. “The F-150 is very aluminium intensive, but in Europe we see a pattern of gradual part-by-part substitution,” he explains. “First, all of the hoods go to aluminium, then the doors and the roofs, and then later, aluminium is used in parts of the body structure.”

“In more than 80% of new projects, the decision has been made by the OEM that it will go for an aluminium CMS over a steel alternative”
– Lionel Chapis, Constellium 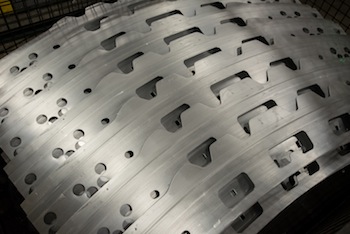 The crash management structure (CMS) launched by Constellium in 2014 is a case in point. This part, produced entirely from aluminium, is currently being used by at least one OEM in the UK. Chapis says, “Basically, the CMS is made of two components. You have a beam, which has to be as resistant as possible. The function of the beam is to transfer energy to crash boxes, and these crash boxes have to absorb energy – they have to fold and they have to be as formable as possible. The whole purpose of the CMS is to protect the main structure of the car, to prevent it from being deformed during a low-speed crash, thereby lowering repair costs.”

Through the use of high-strength alloys, this latest CMS is 15% lighter and 10% stronger than conventional aluminium CMS available in the market. Chapis continues: “In more than 80% of new projects, the decision has been made by the OEM that it will go for an aluminium CMS over a steel alternative. It is an easy way for the OEM to save 5kg while taking no big risks, because it is a proven technology.”

Preparing to scale up
Still, Constellium is not resting on its laurels. As Chapis points out, the company is not just competing with steel but with other aluminium solutions. In order to do so, its technologies must evolve constantly. For this reason, Constellium and a number of other partners – including JLR, the UK Engineering and Physical Sciences Research Council (EPSRC), and Brunel University – have provided £17.4m in funding for the Advanced Light Metals Processing Research Center (ALMPRC), a national scale-up facility for light metals research at Brunel’s Uxbridge campus in London. Chapis explains: “The purpose of this collaboration is to develop in the fastest way possible – because we have to be fast, we have to respond to every new car model – new alloys and new solutions.”

Among other capabilities, the 1,500 sq.m purpose-built facility will feature a fully integrated direct-chill (DC) casting and extrusion laboratory, which will include an automated 1.6kt extrusion press complete with support facilities. Constellium will use this equipment for the rapid prototyping of extruded products. The extrusion and casting lines at the facility are designed for low-volume production and can be altered quickly to accommodate the needs of a given project. As a result, Chapis claims that Constellium will be able to design and manufacture physical prototypes in six weeks – a process that could take six months using conventional production equipment.

In contrast with conventional prototypes produced via machining, these prototypes will display mechanical properties similar to those of the final product. Chapis says, “Extrusion is not just about producing a shape, it changes the metallurgy of the alloy. So our prototypes have to reflect that.”

Furthermore, the company will use the ALMPRC to develop a range of six-series alloys with properties that exceed those of current alloys in terms of strength, formability and corrosion resistance. Indeed, Constellium is already working on alloys with strengths approaching 400MPa. “In automotive, we have seen a lot of evolution in alloy development. Aluminium has moved way ahead of what people would have thought possible even a few years ago in terms of strength and formability,” says Chapis. “In Europe, the first use of aluminium in the body of a vehicle at a relative scale was the spaceframe of the A8, and it was a challenge to produce every part of the car because the performance of aluminium at the time was way off that of steel. Now you can do almost any design with aluminium.”

Stronger alloys will enable the production of lighter components with smaller profiles and thinner gauges. This in turn will allow aluminium parts, such as the CMS, to be used on smaller cars. Chapis continues: “This is quite important for us, because this is where you have the big volumes in Europe.”

Moreover, Constellium wants to be able to design these alloys so that they will be tolerant of impurities. This will enable components made from these alloys to be recycled into similar products, instead of being used in the casting of engine blocks. Afseth says: “We don’t see much value in trying to find scrap from other product streams, to take secondary aluminium from cans and turn this into cars. This is not a sustainable solution. We work on having alloys with properties that are not degraded by going through multiple manufacturing loops.” 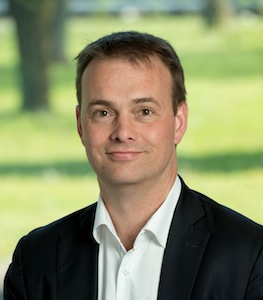 Shifting joining habits
The ALMPRC will also develop new joining technologies for the incorporation of aluminium into automotive structures. There is a wide portfolio of technical solutions that work well for aluminium-to-aluminium joining, according to Afseth. Resistance spot welding is used in the mass-production of aluminium structures, although different parameters are required than would be needed with steel, and self-piercing riveting is a robust and user-friendly method. The application of laser welding is increasing, especially with German OEMs, and remote laser welding is being evaluated.

“All of our CMS are welded; we weld aluminium every day,” comments Chapis. “It’s different from steel, but it’s clearly not impossible, and not a big challenge in terms of cost and performance. It’s just that it’s different. Many of the OEMs have been spot welding steel sheets for 100 years, so when they have to shift a little and do something new, it takes time. There is a learning curve.” Afseth adds: “Where we see a lot of interesting developments is in multi-material joining, for example in joining high-strength aluminium to high-strength steels or to plastics. This is an area where we are working with OEMs to develop robust and sustainable joining technologies.”

“[In the US] the F-150 is very aluminium intensive, but in Europe we see a pattern of gradual part-by-part substitution” – Andreas Afseth, Constellium

One of the first projects to be undertaken at the ALMPRC by Constellium, JLR and Brunel will be the Lightweight Energy Absorbing Aluminium Structures for Transport (LEAAST) programme. This programme will take advantage of these advances in alloy development and joining technology to develop CMS that are 25% lighter than conventional steel solutions. 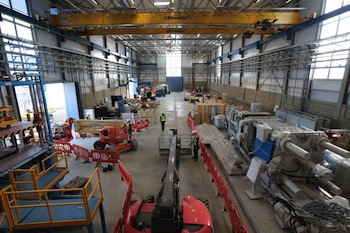 The partners will employ a novel high-strength extrusion alloy developed by Constellium that is tolerant of end-of-life scrap to fabricate these structures. Overcasting technology, using casting alloys produced from recycled metal, and riv-bonding ­– a hybrid joining technique that combines self-piercing riveting with adhesive bonding – will eliminate the need for welding in these structures. Flow-forming technology, available in the UK for the first time, will be employed for the near-net-shape manufacture of precision components.

The ALMPRC compliments Constellium’s existing R&D facilities in Voreppe, France, where the company is tailoring alloy compositions and manufacturing processes, such as casting, hot- and cold-rolling, solution heat treatment and quenching, in order to increase the strength of automotive structural alloys.

Chapis says, “For our customers, pre-development to start of production takes about three-and-a-half to four years. The next generation of high-strength alloys will be used in new cars coming onto the market in 2017 and 2018. We are now working at full speed with OEMs to put these alloys into their new designs.”