Organizers of Stuttgart’s biennial metalworking trade show – AMB 2012 – speak confidently of their hopes that over 90,000 delegates will attend during the course of this year’s event.

Located in the very heart of Germany’s metalworking and industrial area – at the Stuttgart Trade Fair Grounds – AMB has grown in importance in recent years and can now reasonably claim to be among the most significant trade events for automotive sector professionals. This year’s event, running from September 18th to 22nd, boasts fully booked halls and the show remains the chosen event at which some smaller companies concentrate all their efforts in order to meet those potentially interested in their products and technologies. 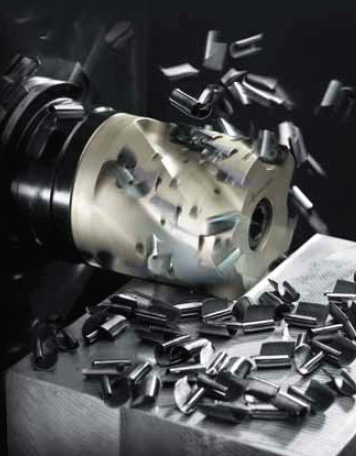 It looks a safe assumption that they will succeed. With the Baden Wurttemberg region reportedly accounting for nearly half of Germany’s industrial production, and perhaps 40% of Europe’s metalworking activity, Stuttgart certainly seems the natural home for such an event. Displays will encompass all the main areas of interest for those in the automotive sector. Metal cutting and processing machine tools, precision engineering equipment, CAD/CAM/CAE/PLM software, metrology, and robotic material and tool handling will all have major, distinct display areas.

Shaping the future
Of course with a troubled worldwide economy and increasing concerns about European economic growth and stability, these are not easy times for those in industry. Crucially though, trade shows have begun to show that they can do more than just passively reflect the ebbs and flows of the economy, but can actually help shape economic performance and future prosperity.

In part this is due to the transfer of technologies and the spur for innovation and creativity that they can generate. The traditional notion of trade shows as a place for people to get a sense of new technical development has perhaps become less important in a wired-up world where details of any global technology is just a mouse click away. Yet personal contact remains key in establishing trust and engagement between suppliers and manufacturers and AMB 2012, like all trade shows, facilitates this. But for the future it is arguable that it is the educational initiatives initiated by events such as this that may have the long-term impact.

Display performance
The traditional display function within AMB 2012 remains as strong as ever. Vollmer – specialist in grinding and eroding machines – is perhaps typical of the established companies associated with a particular branch of metal working who will use AMB to showcase developments in its product range and participate in the special exhibitions focusing on Changing Technologies. Heule Precision Tools is among the host of other well-established suppliers to the automotive sector in attendance.

Visitors from the automotive world will join their colleagues from aerospace in the machining display cluster, to address issues in machining lightweight high-strength materials including titanium. Specialists from various companies will approach the key issue of improving machining productivity in such materials through fully optimised process technologies where tool and workplace holding, and lubricant strategies, can have significant effect.

Optimising production
Numerous specialist companies will address more traditional machining. For example, EMAG Gruppe GmbH has announced it intends to introduce its newly developed VT 2-4 Vertical Turning Machines, designed for high productivity, close-tolerance shaft machining. With particular attention placed on a space-saving process chain, this equipment is ideally suited to the automotive production environment. Wallram-Grindtec Srl-Lizzini is another company offering to optimise production solutions in automotive, displaying through its partner Tecno in Hall 8. Junker Group GmbH will show its Jumat cylindrical grinding processes in the same hall, along with other leading players in metal forming and shaping technologies.

Alongside traditional industrial metalwork tooling, the show will also feature all the elements of high-tech modern 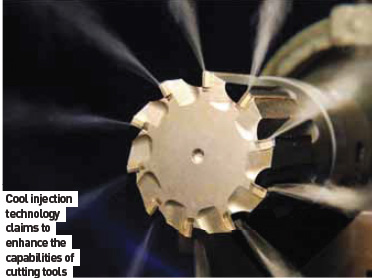 manufacturing. Software companies will be well represented and those offering high-tech metrology and measurement solutions will be keen to meet their customers. ACSYS Lasertechnik GmbH will use AMB to display its latest laser systems for industrial material processing. Its new SHARKcut laser process will be of interest to the automotive sector given its ability to deal with large sheet metal sections. With customised computer-controlled configurations, incorporating multi-axis functionality alongside the integration of alternative laser types, it promises both flexibility and cost effectiveness.

Among the extensive displays from CAD/CAM specialists, visitors will find DP Technology Corp offering an insight into its new ESPRIT2013 CAM software. The firm claims productivity-enhancing innovations for all CNC programmers across the full range of machining disciplines. New improvements to lathe grooving, engraving and pocketing will be demonstrated along with advances in the 3 and 5-axis free form cycle. Walter Group will display its Modco range of draw bar tools as well as specialised automotive manufacturing equipment under the Titex and Prototyp brand names. Working as a machining partner with the automotive sector, the firm positions itself at the interface between machine manufacturers and the machining production area.

Innovations in machining
Gebruder Heller Machinfabrik GmbH will show its expanded range of 5-axis machining facilities, confident that economic logic is forcing manufacturers to increasingly expand their portfolio of multi-tasking machines in the search for cost-saving efficiencies. The company’s recently introduced ‘C’ Series machining centres are likely to feature strongly in its display.

Alongside the key suppliers, AMB 2012 will, as in previous years, be enhanced by the presence of key supporting associations within the German Metalworking community. Technical input from various sections of the VDMA (German Engineering Federation) such as the Precision Tools Association and the VDW German Machine Tool Builders Association, along with the VDMA Software Association, will be available to visitors. Lach Diamant GmbH hopes to capture delegates’ interest with the introduction at AMB 2012 of its productivity-boosting ‘cool injection’ techniques which, it claims, significantly enhances the capabilities of heavy-duty cutting tools. Among the machining producers, Union Chemnitz GmbH hopes to attract attention with demonstrations of the capabilities of its MillForce range of traveling columnmilling machines, emphasising the flexibility and versatility of its machinery; rough machining to superfinishing can all be achieved on the same machine while production capability can extend from individual component manufacture to small and middle-scale series production, all within tight cost frameworks.

Innovative techniques
With such a diverse range of exhibitors, visitors are sure to find something to interest them whatever their requirements. Recent years have seen significant changes within metalworking techniques, yet it is the adaptation of new technologies to different market sector needs that has often produced the most innovative and creative thinking. Several events linked to AMB 2012 pose vital warnings against complacency. Recent studies of the machine tool industry in Germany, conducted by the Fraunhofer Institute for Production Technology, point by implication to a degree of insularity among companies unaware of the potential of new developments in other fields that could have a beneficial impact on their productivity and business performance.

As in any modern trade gathering, issues of energy conservation will prove a key focus for AMB 2012. Many suppliers will be addressing energy issues in their products. Knoll Maschinenbau GmbH, for example, proposes to highlight the issue with its display reflecting the way energy conservation has been an integral influence in the design of its products – from filtration solutions for gear grinding to sophisticated modular roller conveyancing systems adaptable to the kind of complex production environments characteristic of the automotive sector.

Next generation
A clear concern for youth is reflected in this years AMB programme, where a real attention has been devoted to showcasign skills and offering structured routes to engage young potential engineers with manufacturing technologies and and stimulate their creativity.

Perhaps the success of AMB 2012 will be measured most accurately not by the numbers passing through the turnstiles, or by the positive comments from exhibitors and visitors, but by the impact the event has in attracting young people to engage with the challenges and opportunities presented by modern manufacturing.