The potential of 3D printing 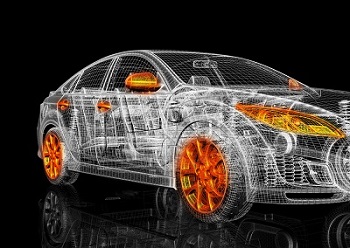 Steve Erickson, vice-president, Sales and Engineering, First American Plastic, discusses the likely benefits of the technology for automotive OEMs and their customers

3D printing used to be purely the stuff of science fiction – something that was centuries in the future, if plausible at all. But now, this fantasy is becoming a reality.

With a 3D printer, if you have the blueprints for an object downloaded onto your computer and the materials with which to make it, you can print that object for yourself at the touch of a button. The technology is still in its early stages, but already the implications are far-reaching.

A few years ago, it was mainly used by hobbyists who were drawn in by the novelty of it. Now, a number of industries are making use of 3D printing to improve business in a variety of different ways. And one of the biggest markets for it is the automotive sector, where it can be used for prototyping, repairs, replacements and restorations.

When we think of 3D printing, we tend to think of plastics and polymers. That's fine for making toys, household objects, and maybe even some basic tools. But a car has many complex, moving parts and high-quality components are often made from titanium for its combination of durability and light weight. Up until now, such parts have had to be machine manufactured from solid blocks of titanium, which can be time consuming as well as expensive.

However, a UK-based company called Metalysis has figured out how to use titanium in a 3D printer, with titanium powder processed from sand. And it is now being used to print working car parts quickly and cheaply.

Proven in prototyping
Previously, when OEMs were designing new cars, the finished blueprints would have to be sent to Manufacturing. It could then be days before a working prototype was available.

But 3D printing allows prototype parts to be printed directly from blueprints as soon as the design is completed. Then, if changes are necessary, they can be easily added to the plans, and a new prototype printed just as easily. This allows for more hands-on experimentation throughout the design process. A part can be fabricated quickly, installed and tested in the lab. Then the part can be redesigned based on the results. This leads to better cars at lower cost, with faster manufacturing times and ultimately a faster time-to-market.

One of the major vehicle manufacturers to embrace 3D printing is Honda. The Honda 3D Design Archives have a wide variety of 3D blueprints available for concept cars that have been developed over the years. Honda encourages aspiring car designers to download these blueprints, redesign them however they like and share them. At the moment, the plans are for scale models rather than working prototypes, but the site still serves as a great interactive tool, and possibly even a prelude for more advanced automotive 3D printing options in years to come.

In fact, a 3D printer can now be used to print an entire car. The URBEE 2 is a car which is made almost entirely from 3D printed components. Furthermore, it is fast and fuel efficient; using two small electric motors and an ethanol engine, it can reportedly get nearly 300 miles per gallon. The creators are currently raising funds to take the URBEE 2 on a 44-hour road trip from San Francisco to New York on a single tank of ethanol.

However, 3D printing is thus far still impractical for mass production of cars. Injection moulding remains the fastest and easiest method of producing automotive parts, and many believe it always will be. Yet for individual prototypes, 3D printing stands poised to revolutionise the way vehicles are designed. 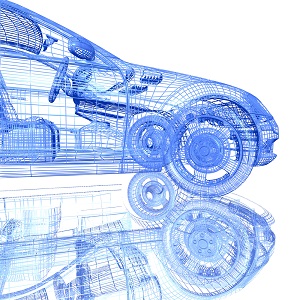 Green possibilities
3D printing may be impractical for high-volume production of cars and components, but it does lend itself to a different model of manufacture. For instance, rather than making thousands of cars in one place and shipping them across the country, Local Motors builds microfactories in different areas to serve the production needs of specific regions.

3D printing allows each microfactory to fabricate cars as required and to fine-tune designs to the buyers’ needs. Printing parts as needed instead of manufacturing them in volume means less waste, which, in theory, means using less energy. Obviously, microfactories also save energy by avoiding the need to ship the cars hundreds of miles to different markets. But these are not the only ways that Local Motors plans to use 3D automotive printing to “go green”.

A car manufacturer could conceivably adapt its production to regional fuel resources; one area could build hydrogen-fuelled vehicles, while another could look to exploit abundant natural gas resources. Using the resources at hand to reduce dependence on oil is an important step toward making a region more environmentally friendly and decreasing carbon emissions. And, as noted, 3D printers are ideal for creating these unique, flexible designs quickly and cheaply.

Local Motors has multiple 3D printers in each location (its newest factory in Las Vegas has 16) and “crowdsources” designs online for all different features and fuels for each car. Currently, many of the features are taken from vehicles that are already mass produced, and 3D printing is used only for the new features.

As the technology develops, more and more parts will be made by 3D printing instead of traditional manufacturing. That way, companies like Local Motors can fabricate custom-made cars, built to an individual's exact specifications, which use less energy and are more environmentally friendly in design and manufacture.

In conclusion, the technology behind 3D printing is still evolving; it is not always the most practical option and it can't quite do everything we want it to. However, it is already reducing manufacturing costs, allowing for quick and easy repairs, and encouraging innovation. Given another few years, 3D printing could dominate the automotive industry, allowing for custom printing straight from a 3D blueprint to suit a buyer's preferences. Another few years after that, and people may be able to simply purchase the blueprints and customise and print a car themselves at home.

We're not at the sci-fi level yet – but we're getting there more quickly than most had imagined.