From virtual, to reality 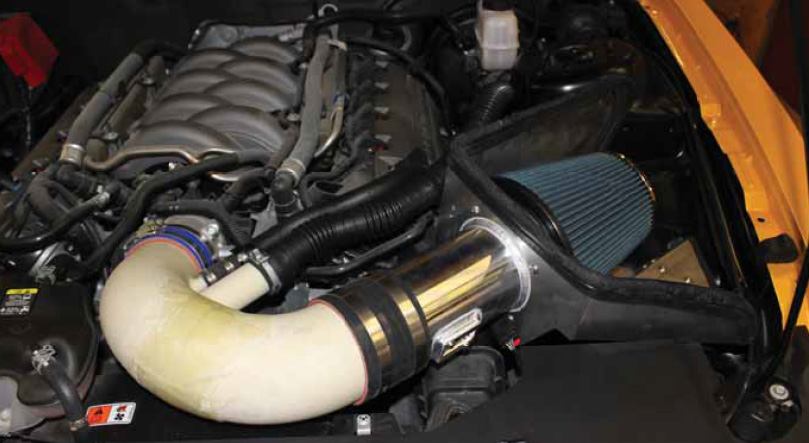 Having a fully-rendered CAD model on the screen is one thing, but holding a part and assembling it with other prototypes reveals a whole new set of information. An example of this rapid prototyping (RP) in action can be seen at the Jaguar Land Rover plant in Coventry, UK. Here, an Objet Connex 500 3D printing system has been installed to broaden in-house prototyping capabilities, enhance automotive styling and provide elastomer-like design testing.

The company invested in the Connex 500 to broaden its resin-based RP prototyping capabilities. The ability to create models directly from CAD data with elastomer, rubber-like materials and produce working mechanisms, are other key benefits contributing towards reduced development cycle times. To prove its capability, the Connex was initially tasked with producing a complete facia air vent assembly for a Range Rover Sport. It was modelled using rigid materials for the housing and air-deflection blades, and rubber-like materials for the control knobs and air seal. 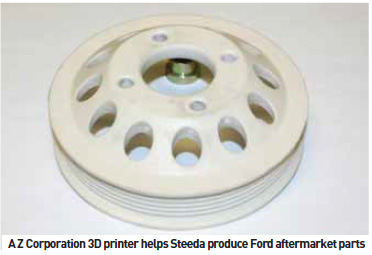 JLR was able to print the complete facia air vent, as a working part, in a single process. The model was then cleaned and tested, proving that the hinges on the blades all worked and the control knob had the right look and feel. The backbone of Connex is Objet’s PolyJet Matrix technology. By jetting two model materials in preset combinations in a matrix structure, it is possible to create multiple flexible and rigid materials with different mechanical and physical properties as well as finishes. Using this technology, JLR’s Connex has accumulated 5,000 hours of operation, printed over 2,500 parts and used 600kg of resin. These figures are still only a small percentage of the 30,000 parts prototyped by the company every year, but many of these are laser sintered. For resin-based parts, the trend is in favour of the Connex which now accounts for over a third of production.

The biggest user of Connex capabilities is JLR’s styling department. One recent example of this was the creation of an entire telescopic headlamp washing system. The Connex-printed components proved to be robust enough for rigorous testing, allowing the design to be proved before tooling manufacture.

Eliminating trial and error
Another vendor of 3D printing technology, Z Corporation, is also claiming increasing success in the automotive sector. “Z Corporation 3D scanning and 3D printing are helping us speed development and lower costs so that we can stay on time and on budget,” says Mike Pisani, Vehicle Engineer and Lead Builder Trainer at Phoenix, USA-based Local Motors. “We use the technologies for a surprising number of applications and come up with new ones seemingly every day.”

The company recently required a driveshaft yoke to accommodate an off-road-ready suspension. Pisani’s team purchased the closest off-the-shelf part it could find and reverse-engineered it. Using the ZScanner 800, the team captured the surface data from the off-the-shelf yoke, converted it to a SolidWorks CAD virtual model, changed several dimensions, and added connection brackets. The team then used its ZPrinter to print a concept model to ensure proper fit.

“The ZScanner and ZPrinter helped us move quickly from concept to final tooling without sending the CAD model out to a machine shop,” says Pisani. “That step would have required the machine shop to go through at least two revisions of tooling and production, and would have forced us to go through several redesigns, costing us an extra three or four weeks of lead time.”

Another US automotive manufacturer, Steeda, based in Pompano Beach, Florida, has replaced CNC machined and 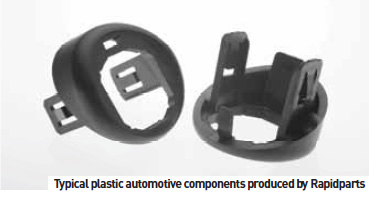 moulded prototypes with 3D printed physical models produced using Z Corporation technology. Steeda claims to offer the largest complete line of Ford-based parts and accessories in the world, and as a result of its investment in a ZPrinter, the company says it saves an average of $3,000 per product in machining and mouldmaking costs. How? Well, aside from having an easy and affordable way to prototype organically-shaped parts, the company’s engineers eliminate three days of prototyping trial and error on each product. Furthermore, Steeda’s sales force sells new products before they’re manufactured by working with a ZPrinted model.

Prior to purchasing its ZPrinter, Steeda engineers would repeatedly go back and forth to mouldmakers, revising mould designs. Now, when the design is ready for volume production, the company’s product development team simply provides the mould shop with a final ZPrinted model. Instead of reading from plans, the mouldmaker digitally scans the prototype and converts it into a mould.

Steeda occasionally bolts ZPrinted parts directly to an engine, as with an airflow measurement device that helps it make critical design decisions. Here again, the company saves time and money over moulded or machined parts. Of course, it goes without saying that the giants of the automotive world are also exploiting 3D printing technology, and to great effect, as confirmed by 3D Systems, which has installed its SLS and SLA 3D printers as part of the digital manufacturing capabilities at the GM Design Center. “General Motors, one of the first automotive companies to embrace our solutions, is leveraging 3D printing for prototyping as well as the manufacture of real, end-use parts,” says Abe Reichental, CEO and President of 3D Systems.

JLR part production
But let’s not get carried away. Rapid prototyping doesn’t always mean top secret, in-house development using additive technology such as 3D printing. The bureau and outsourcing market is competing well and remains vibrant thanks to surprisingly quick turnaround times. UK-based Rapidparts, for example, says it can supply production-quality plastic mouldings in days rather than weeks, whether for under-bonnet parts, where speed is the first priority; or interior components such as dashboard fascias, buttons and grilles, where aesthetics and finish is all-important; or for electrical components, where tolerances are vital.

For example, a customer may need production-quality under-bonnet parts very quickly for validation or crash testing, where time slots have been pre-booked and where rescheduling would result in delays and additional expense. An alternative scenario would be where new products are being developed for a car’s mid-life ‘facelift’ or for a limited edition design, where again production-quality parts are required in low volume.

A benefit which has proved attractive to automotive customers is Rapidparts’ ability to provide validation on site, by trialling components in different materials – an extensive range of which are held in stock – enabling customers to obtain instant feedback on alternative material choices, for example, different grades of nylon. The scenario is similar at Birmingham, UK-based Advanced Engineering, a specialist in rapid prototyping for the automotive sector, which says it has reduced turnaround times as a result of installing Edgecam software. With Jaguar Land Rover being a major customer, Advanced Engineering mainly machines from solid. Components and products include engine blocks, wheels, interior and exterior trim, vents, grills, seat belt bezels, and housings for electric window switches, all of which go through Edgecam programs.