Volvo to assemble cars near Bangalore 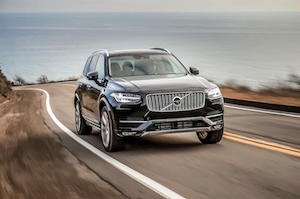 India – The vehicle-maker said it will focus on models based on its SPA architecture, starting production this year with the XC90 premium SUV. Volvo added that further models will be announced at a later stage.

“Starting vehicle assembly in India is an important step for Volvo Cars as we aim to grow our sales in this fast-growing market and double our market share in the premium segment in coming years,” said Håkan Samuelsson, president and CEO, Volvo Cars.

In establishing its new assembly operations, Volvo Cars is working with Volvo Group, the truck, bus and construction equipment manufacturer, and will use the Group’s existing infrastructure and production licences in Bangalore.

Volvo aims to double its nearly 5% share of the Indian premium segment by 2020. The company sold over 1,400 cars in India last year, an increase of 24% on the year before, and sales grew by 35% year-on-year in the first four months of 2017.