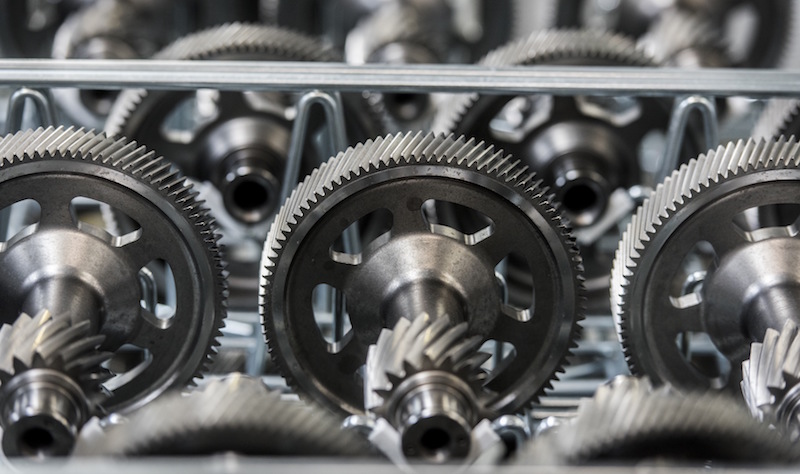 The company has spent the past 15 years acquiring the production experience needed to transfer the technology from niche vehicles to high-volume mass-market applications,” says Peter Moelgg, All-Wheel & E-Drive CEO at GKN Driveline. More than 300,000 units of the company’s successful eDrive range have now come off the production lines at GKN’s eDrive centres of excellence in Bruneck, Italy and Tochigi, Japan. “The product has passed a key production milestone at a time when demand for both all-wheel drive and plug-in hybrids is rising strongly. Automakers want suppliers that can scale these new technologies effectively.”

Plug-in hybrids with all-wheel-and-electric drive (eAWD) are now among the industry’s fastest growing market segments and GKN has seen a significant acceleration in production volumes at its global sites in the past two years. “We believe that around 40% of new vehicles will have some element of electrification within the next ten years, GKN is in the process of developing both the technologies and production capability to ensure the automotive industry is able to deliver globally,” explained Moelgg. “We are now developing the next generation of electric drive technologies, including higher performance systems with more differentiating capabilities like torque-vectoring integrated – as well as simpler systems to further drive mass market acceptance.”

New plant for electric growth A bigger market and greater demand requires more capacity. GKN Driveline recently started manufacturing at a new 14,280 sq.m production facility in Olesnica, south-west Poland. The company began operations there in 1996, with the production of CV joints. The CV joint lines now employ around 1,000 people producing millions of units each year, which equip the lion’s share of Europe’s new FWD cars. The new, state-of-the-art plant effectively doubles its footprint in Poland and is the first phase of the company’s €16.5m programme of investment at the site. It will produce lightweight sideshafts and propshafts that will enable OEMs such as Mercedes-Benz, VW Group, FCA, GM and Volvo to reduce mass in future vehicles, while improving power delivery and efficiency at the same time. The site will also house a new engineering facility, which will be staffed by around 50 engineers. This will increase technical support for customer programmes by increasing the level of local testing and application engineering support.

As production increases, the workforce in Olesnica is expected to grow to around 1,400 over the next three to four years. Future plans for the site include the addition of new forging capacity. When fully operational, the plant will have capacity to produce over 10m sideshafts and 1m propshafts, each year. eDrive: solutions for packaging The impetus behind the development of eDrive operates in two directions. The manufacturers themselves want solutions for packaging electric and hybrid drives efficiently, so they approach companies like GKN, and it has been working in its own right on systems that it then takes to OEMs and helps them to innovate.

“GKN has been pioneering the production of more advanced eDrives since 2002,” says Moelgg. “The company’s system integrates the electric motor and inverter with a compact reduction gearbox that turns the motor’s high power output into higher torque on the vehicle’s axle. It’s a lot more efficient than just connecting an electric motor to a conventional automatic transmission.” Since its first example in 2002, GKN has delivered eAxles for both all-electric and hybrid vehicles such as the Mitsubishi Outlander, Porsche 918 Spyder, BMW i8 and 2 Series Active Tourer, and Volvo’s new XC90 T8 Twin Engine. The eAxle technology moves the hybrid system out of the engine bay. This helps with packaging, weight distribution and makes for responsive 4WD drivetrains.

It helps to improve economy, as well, by ‘decoupling’ the engine from the driveshaft so that it can ‘sail’ in electric mode. By being independent of the internal combustion engine, the normal power losses attributable to automatic transmissions are eliminated, allowing for higher regeneration. Software control of the eAxle is less complex as well. The eAxle, as featured on the BMW 2 Series, is particularly important because it brings AWD (all-wheel drive) plug-in electric systems into the C-Segment, compact sector. It is an evolution of the systems that GKN developed for hybrid supercars that use electric AWD to boost performance and efficiency.

"We believe that, within the next 10 years, around 40% of new vehicles will have some element of electrification."– Peter Moelgg, GKN driveline

At just 20.2kg, it is light weight and its compact size – 457mm x 229mm x 259mm – allows for installation in small spaces. But don’t be deceived by the size; it generates up to 2,000Nm of torque and 70kW of power, which can drive a vehicle up to 125kph, and allows for very smooth acceleration. It is a single-speed design with a transmission ratio of 12.5:1, reducing the electric motor in two stages. Self-drive or driver controlled “Driveline manufacturers are at the forefront of huge changes in the automotive industry,” says Moelgg. “While the media is focusing the attention of the public and marketeers on autonomous driving, the big shift in the industry is actually a consolidation of platforms that have significant implications for manufacturing and sourcing strategies.”

The current trend for ‘mega-platforms’ that underpin a wide variety of different brands, vehicles and powertrains means that automakers are actively seeking innovations that improve efficiency and that can scale in mass-production, globally. Moelgg maintains that these market forces are actually pretty favourable for GKN Driveline.

The company used the forum of the International Suppliers Fair (IZB) in Wolfsburg, Germany, in October 2016 to showcase its current range of eDrive technologies. Its stand demonstrated the eAxle on the Volvo XC90 T8 Twin Engine and BMW Active Tourer 225xe, as well as systems that feature on the BMW i8 and Porsche 918 Spyder. It also presented an insight into eDrive technology of the future in the form of a demonstration of its eTwinster AWD system on the Ford Focus RS, which brings torque-vectoring capabilities to electrified vehicles.

Separating the eDrive from the internal combustion engine helps to remove the fuel penalty normally associated with AWD. GKN makes two distinct power systems work in harmony by means of its intelligent connect system. Its technology reacts to road conditions and driver inputs to switch seamlessly between two-wheel drive and AWD as required. The technology is used on vehicles such as the Range Rover Evoque, Jeep Renegade and Fiat 500X.

The history of hybrid and electric cars is longer than many people think. Dr Ferdinand Porsche’s second vehicle, built in 1898, used an internal combustion engine to power a generator that provided power to electric motors located in the wheel hubs. On battery alone, the car could travel nearly 40 miles. Electric cars were quite popular in the early 20th century but problems of engine weight and especially range pushed them back down the agenda until Toyota, Audi and Honda released commercial-volume cars, nearly 100 years later.

Challenges to electric power included battery weight, engine weight and consequent weight penalties elsewhere, as well as energy storage, powertrain packaging and range. Developments with lithium-ion batteries and in-motor design and packaging have very largely overcome those issues. Lithium-ion technology is not only much lighter and more compact than lead-acid, it delivers more power as well. A ‘great leap forward’ also arrived in the shape of axial flux motors, which are flatter, smaller and much lighter than previous generations.