From success to excellence 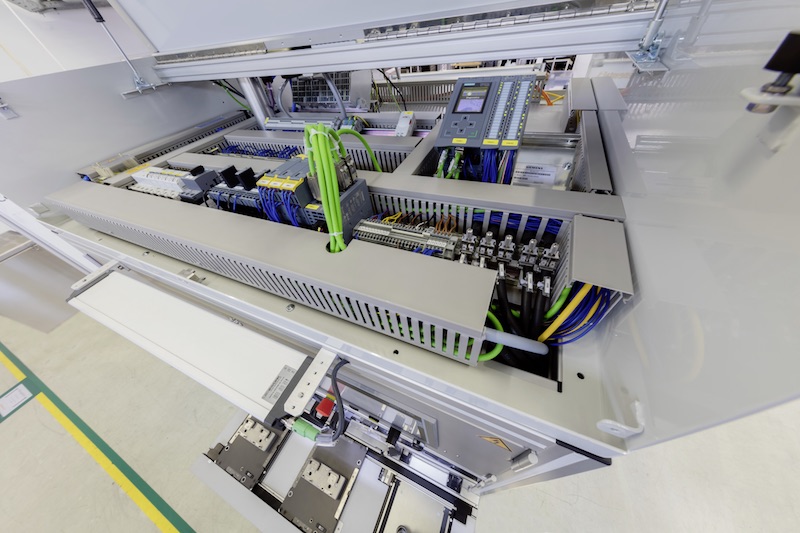 Continental AG is one of the world’s largest automotive parts suppliers. The group’s automotive division operates from around 200 locations worldwide and at its largest facility, in Regensburg, Germany, around 8,000 people are employed in production and development – almost a third work in the electronics plant.

Most production lines have grown gradually and comprise cells from different manufacturers. Normally, at the end of a product lifecycle, the lines are no longer usable since they are tailored to a specific process. “If production technology allows, we will replace those lines with our newly developed standard cells to create interlinked production lines,” reports Dr Markus Fischer, head of the industrial engineering department at Continental Regensburg.

“In the front-end area, we assemble the printed circuit boards on SMD lines. The boards then move to the back-end area, where our standard cells will be used for various processes.”

Site and plant manager Thomas Ebenhöch adds: “To remain successful, we are constantly asking ourselves what we can do better. For that reason, we launched an initiative at the plant called ‘e2e’ [from the German, von erfolgreich zu exzellent, meaning ‘from success to excellence’] which comprises a wide range of projects.” 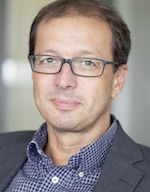 The technical details of the first new manufacturing cells have already been defined and the cells are currently being developed. The new lines comprise eight or ten interlinked standard cells and will begin operation at Regensburg plant in the coming weeks. Production is scheduled for early 2017.

Standard manufacturing cell for the entire production lifecycleThe total production process encompasses a number of sub-processes which are coordinated and integrated into the standard cells. The integrated design of the new standard cells enables processes to be replaced and reconfigured at any time. If a new product requires a different production process, it may just be the cell arrangement that needs changing. As all the cells have the same interfaces for workpiece transportation, the sequencing and interlinking is variable to enable a quick and cost-effective process changeover. The outcome of the process is the finished product – a transmission control unit or airbag sensor, for example – which will be assembled in the vehicle on the customer’s line. If a process changes, it is replaced and the cell is reused.

“We use cells of different sizes for the various processes,” explains Michael Fischer, test engineering group leader at Continental Regensburg. “A nutrunner takes up little space, whereas a dosing unit needs more room as it moves around the cell. The 900mm, 1,200mm and 1,500mm cells have capacity for up to five stations, enabling processes to run consecutively. You can be dosing in one station while carrying out a visual inspection in the other, for example.”

A particular benefit, according to Michael Fischer, is flexibility, “The standard cell can be operated manually in standalone mode. To handle larger quantities, multiple cells and their functions can be configured in parallel and can run automatically.”

This is advantageous in automotive parts manufacturing where production starts with low volumes. After the start-up phase, volumes normally increase and only begin to decrease toward the end of the product lifecycle. “That means not all the equipment has to be available right from the start, which would entail a high capital investment. In a staged rollout process, a production line can be fitted with robots during the second phase,” Michael Fischer concludes.

One of the key aims in selecting the new automation solution was to deliver a high degree of flexibility in production, achieved through the use of standard parts and by minimising the engineering time and costs. Continental Regensburg chose Siemens as its strategic partner. As well as technical functionality and its innovation drive, reliability and global presence played a key role. It was important for the automotive parts supplier to collaborate with a global automation partner like Siemens, because the standard cells will be used at plants all over the world. The plan is to develop the cells intended for international use in Regensburg and then ship them to their destinations.

The standard cell can be operated manually in standalone mode

Efficient engineering thanks to integration of all componentsIn TIA Portal, Continental Regensburg chose a pioneering engineering technology. The decision to use Simatic S7-1500 controllers and HMI panels from the TIA portfolio, as well as the Engineering Framework, was based primarily on the savings they could deliver in terms of engineering time and cost, as well as their high levels of flexibility for customising solutions. Developing the cell automation system operation and control programs is the task of the production equipment software team.

“The automation parts portfolio and the Engineering Framework enable us to effectively handle complex tasks,” explains team leader Karl Buckenleib. TIA Portal has already been in use on a number of lines at the Regensburg plant since July 2014. “As a result of the positive experiences with the software, we are now also using it for the standard cells together with the S7-1500 controllers,” adds Buckenleib.

The software parts for workpiece transportation, safety, MES connection, RFID and HMI, as well as the process sequencing, have been developed in-house. The integration of all components enables efficient engineering; new functions can be developed quickly and easily.

“At first we had to design new programming standards but after a short start-up phase the increased engineering efficiency when working in TIA Portal became evident,” says Buckenleib. “We were particularly impressed by the simple integration of the various control modules and components (HMI, safety, RFID, distributed I/O), the SCL programming, the integrated diagnostics, and the easy scalability for our production processes. Another benefit is that TIA Portal is the standard software platform used by our process parts suppliers.”

TIA Portal is demonstrating its strengths on a daily basis. Together with the Simatic S7-1500, it provides users with functions for fast, efficient programming. Features include optimised access to data blocks, resulting in enhanced performance and easy scalability of the data blocks. The program modules can be grouped and functional correlations clearly structured. The display built into the CPU provides initial diagnostics. The real-time trace function enables the condition of individual variables to be recorded and evaluated over an extended period of time. This means malfunctions can be quickly detected and rectified. Frequently used functions are available and don’t need to be programmed separately.

Standardised data interfacesThe high degree of standardisation results in considerable savings on training costs, for example. Once operators have taken part in one training session they are able to operate all the manufacturing cells regardless of the specific process. Solutions are standardised for all cells so faults can be rectified quicker. The smaller number of components reduces spare parts stocks and associated costs.

For Dr Markus Fischer, the standard cells enable lean production and thus represent a step toward Industry 4.0. “The standard cell we have developed offers the possibility to generate, collect and evaluate integrated data via the interfaces. This facilitates functions such as process monitoring, energy management, and preventive maintenance. It enables full traceability of production processes and is important for Big Data,” he concludes.

The trust placed in TIA Portal has paid off. Standardised cells for different assembly and production processes will be interlinked and in the future will replace various technologies that have incompatible interfaces.

In order to achieve best results, production performance must be continually analysed and maintained at a high level to ensure defects are detected at an early stage and downtime is minimised. Thanks to state-of-the-art technology, the team at the Regensburg plant is confident they can meet these challenges.