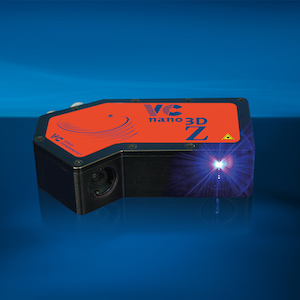 Vision Components claims its VCnano3D-Z-series, 3D laser scanners are compact and can be easily integrated into OEM applications. The scanners are said to feature a dual-core ARM processor and an FPGA, which calculates a point cloud in order to determine line coordinates in laser triangulation. The company says the laser profilers offer scan rates of up to 2kHz and featuring a 1-Gbit Ethernet interface, which it’s claimed makes them suited to real-time applications in robotics, such as welding robot guidance and adhesive bead tracking.

The system integrates a class-2-rated, high-intensity blue 450nm laser. Thanks to Ambient Light Suppression Technology, it can be used with ambient light up to 100,000lux claims Vision Components.