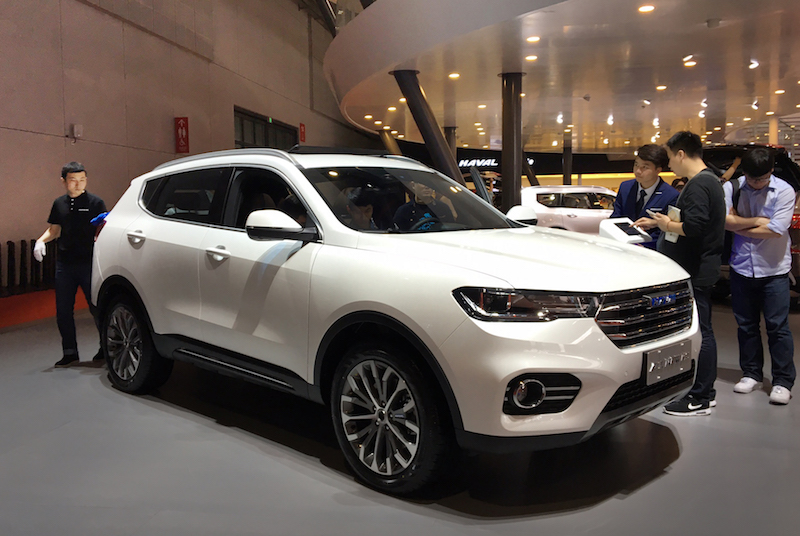 Since its creation in 1984, Great Wall Motors has established itself as one of the most widely known and successful Chinese automotive manufacturers. According to recent research by Macquarie Capital Securities, it is currently ranked tenth in the country in terms of overall market share. In particular, it has enjoyed strong growth on the back of burgeoning demand for its range of SUVs; but some observers now warn that the company may be in danger of becoming over-reliant on the success of its flagship H6 model, and market share in the critical domestic sector remains under pressure from joint ventures involving foreign OEMs as well as more keenly priced Chinese brands.

At present, Great Wall’s top-selling models are the Haval H6 – the most popular SUV in China since 2013 – and the Haval H2, which is also ranked among the top ten SUVs in the country by sales. According to Janet Lewis, head of Industrials & Transportation Research – Asia at Macquarie Capital Securities, the fact that Great Wall is an SUV specialist means that it has “benefitted greatly” from the rapidly growing preference for larger vehicles across China. “Great Wall is also the country’s largest pick-up truck maker,” she adds.

The company’s plan seems to be to continue playing to its strengths. Robin Zhu, senior analyst at Sanford C. Bernstein in Hong Kong, says that Great Wall is currently “going all-in on the SUV segment” and has massively increased the capital intensity of its factories in recent years “in order to produce better cars”. He explains, “They’ve sold more cars, although competition and higher content costs have meant their operating margins have gone from the mid-teens two to three years ago to 8-9% this year.”

Expanding products and plantsOne of the most interesting recent trends at Great Wall has been the development of a higher-end marque, known as WEY, which will launch two models, the VV5 and the VV7, later this year. According to Jing Yang, associate director of Asia-Pacific Corporates at Fitch Ratings, the company will push its WEY models through completely separate sales channels from those used for the existing Haval range, in an effort to build what she describes as a “distinguished premium-brand image”.

Yang explains: “Great Wall has retained its position as China’s largest SUV producer due to its successful product strategy in the low-end market, but this segment has seen increasing competition from local peers and provides limited headroom for further growth.” Although Great Wall has already made significant efforts to move upwards in the product curve by launching the H7, H8 and H9 in previous years, Yang points out that sales “fell below expectation”, prompting the establishment of the new marque as an alternative strategy.

As for its manufacturing facilities, Great Wall makes some of the Haval range, pick-up trucks and Voleex sedans at its headquarters in Baoding, Hebei Province, but has established a number of additional production bases in Hubei, including multiple facilities at Tianjin and Xushui. At present, the installed annual production capacity of the original Baoding site is 400,000 units, while capacity at the phase one and two Tianjin plants runs to 450,000 units each year. Yang believes that Baoding may be below capacity due to the type of vehicles it makes and that this line-up may change after production at Xushui ramps up; the OEM started operations at a third plant there in Q2 2017.

According to Yang, there is a plan to construct four plants at Xushui, although there are no details yet on when a fourth might be built. This would presumably occur when the third starts to approach capacity; Yang says the existing facilities should be enough to cover Great Wall’s production needs over the next one or two years. The four plants would be capable of producing around 1m units per year following completion; plants one and two have a combined capacity of 400,000 units, while the third has an installed annual capacity of “250,000 units, flexible to a maximum of 300,000 units”. A fourth plant would offer 200,000-250,000.

Lewis explains that the recently established factories are all “fully automated” and that “most” of the older factories have also been retrofitted with cutting-edge robotics and automation technology. She says that the advanced equipment has mainly been supplied by ABB and Chinese-owned Kuka.

“Great Wall is also building its own transmission plant in Xushui, which will produce its proprietary seven-speed DCT [direct-clutch transmission], to be embedded in its WEY-branded models at first,” says Yang. “The transmission plant is expected to be completed in August this year, with a designed capacity of 1m units.”

How to stay WEY ahead?In terms of Great Wall's overarching manufacturing strategy in China, Yang confirms that the main purpose of the ongoing expansion and modification of its factories is the modernisation of its production to retain leadership in the SUV segment. “Great Wall currently focuses on the lower-end of the SUV market, with the price of most vehicles sold below 100,000 yuan [$14,800],” she says. “The company sets an annual sales target at the beginning of each year – 1.25m for 2017 – and its production plan should serve its sales target. Currently, the biggest bottleneck is production capacity constraint.”

“Great Wall has retained its position as China’s largest SUV producer due to its successful product strategy in the low-end market, but this segment has seen increasing competition from local peers and provides limited headroom for further growth” – Jing Yang, Fitch Ratings

In Yang’s opinion, product concentration “remains a problem”, with the Haval H6 and its variations continuing to contribute around half of Great Wall’s sales and production, although in the future she anticipates that “more efforts” will be put into the WEY brand. “Great Wall is still the SUV market leader in China, but it is facing intensifying competition, from both local peers and joint ventures in its existing market. The company increased promotions and cut prices in the first half of 2017 to prevent market share losses, leading to margin compression pressure,” she says. “By establishing WEY, it is trying to break its upper price ceiling and take market shares from joint ventures. We are yet to see the results, but, compared to just a few years ago, the chances of success have increased given its improved product quality and the high value for money of the vehicle models,” Yang adds. 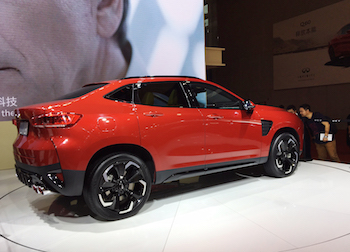 Zhu expects that the company’s production volumes will continue to grow over the next few years. Lewis is also upbeat about the ongoing prospects for growth and predicts that it will enjoy an expanding slice of the global market in the coming years. “Great Wall is one of the strongest domestic automakers in China and we expect it will continue to grow market share – mainly by taking share from weaker international automakers like PSA, Hyundai, Kia and Chevrolet, as well as low-quality domestic brands,” she says. “The quality of its latest models is comparable to international OEMs.”

On a more cautious note, Yang insists that the medium-term manufacturing outlook for Great Wall in China depends to a large extent on the success, or otherwise, of WEY. In her view, the company cannot continue to rely on the success of the H6 and needs to diversify its revenue and profit contribution. “We’ve seen other Chinese brands rising quickly in recent years, including Geely and GAC Trumpchi. These brands are rapidly launching new models with trendy elements,” she says.