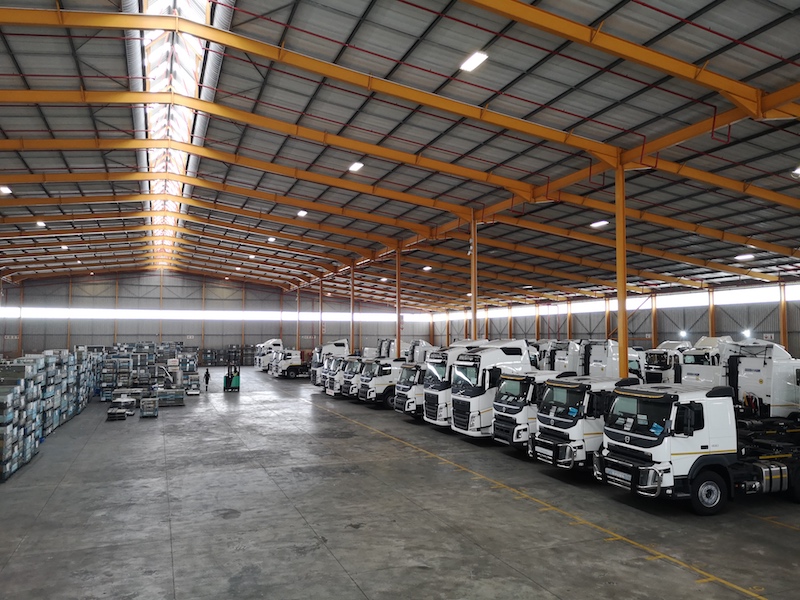 There are a handful of countries in the world that remain relatively untouched when it comes to the new car market, with sales of used cars traditionally dominating. In South Africa, for example, sales of used cars outweigh those in the new car market by more than two to one. This could represent a massive opportunity for vehicle manufacturers, providing they are able to cater to customer needs while also achieving the right balance between quality and price.

Local production in the country is governed by numerous other consumer-based factors. The wide and smooth motorways that connect major cities were a pleasant surprise on my first visit to the country, though the same cannot be said for the vast majority of smaller roads. These are often peppered with enormous craters (the term ‘pothole’ does not do them justice), and when the tarmac runs out, they typically turn into dusty tracks that are decorated by huge loose stones.

Furthermore, farming and physical labour jobs are a vital vein in the South African economy, and as a result, spacious pick-ups and SUVs that boast all-wheel drive capability are extremely popular. These are often used to tow trailers that are stacked high with tools, materials or seemingly random debris. The vehicles, then, must be well built, able to withstand rugged terrain and heavy loads while simultaneously offering reliability and practicality.

This is what Nissan strives to achieve at its facility in Rosslyn, which is located about an hour north of Johannesburg. The plant opened in 1965, and is now home to production of the NP200 and NP300 pick-ups. These weigh in at half a ton and one ton respectively, and are described by the company as ‘workhorses’. Quality is a major focal point, with each step in the manufacturing process subject to extensive checks and tests.

Although it makes vehicles that serve a completely different purpose, the focus on quality is also key at Volkswagen’s factory in Uitenhage. Two variants of the Polo – the Vivo and the latest generation – are made here, and while they will be used differently, the vehicles still need to be able to cope with poor road conditions. Keeping costs down and quality high is the other big challenge at Uitenhage, and one that management is consistently addressing. With the cost factor in mind, I was surprised to see that VW had recently made significant investments in automation across several areas of production, including the press shop, body shop and paint shop.

I was also keen to get an insight into local commercial vehicle production during my visit to the country. According to figures from the National Association of Automobile Manufacturers of South Africa (Naamsa), sales in the segment have recently been on the rise.

An air of optimism greeted me when visiting Scania’s assembly facility in Johannesburg, which churns out both trucks and buses for local and export markets. The company is looking to increase its market share in the near future by boosting its efforts in the construction industry. Similarly, Volvo Trucks, which has a CKD facility several hours east near the coastal city of Durban, has recently witnessed positive sales results and is hoping to continue on an upwards trajectory.

Despite the fact that their plants are relatively small, it quickly became apparent that there is fierce competition between the two Swedish companies. Both are eager to improve the efficiency of their workers in order to become increasingly competitive – in contrast to the passenger car plants, these low volume CV assembly facilities rely almost entirely on manual processes, with little or no automation being used on the lines at all.

The big market for both of these manufacturers is currently in the long-haul segment. Huge trucks are needed to carry materials and goods across South Africa, and both Scania and Volvo believe they have the right offering for the job.