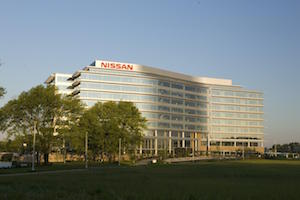 US – The vehicle-maker announced a series of appointments across the US, Mexico and Canada as it enters the final year of its ‘Power 88’ mid-term business plan. The new postings are effective from April 1.

Also at NMEX, Kouryou Han is promoted from subdirector to director, Purchasing. In the newly created role, he leads cross-functional activities to achieve cost and timing improvements. Based in Toluca, he reports to Gary Zoller, senior director, Vehicle Purchasing, Renault-Nissan Purchasing Organisation (RNPO).

In addition, Jan Boyte, senior manager, Manufacturing Engineering, at Decherd in Tennessee, is promoted to director in the same division as a replacement for Fumihiro Katsumata, who is being reassigned to NML in Japan. He now reports to Mark Swenson, vice-president, Production Engineering and Quality.