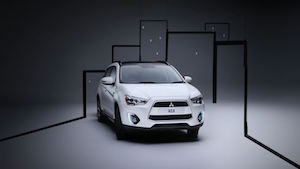 Japan – The OEM announced that it will move the RVR (the ASX or Outlander Sport in some markets) from Okazaki Plant, Okayama, to Mizushima Plant in Aichi at the end of December. Mitsubishi said it is optimising its domestic production before launching the Eclipse Cross compact coupe SUV at Okazaki.

As well as the Lancer, Mizushima currently makes the i-MiEV, eK Wagon and eK Space, with the capacity for 355,000 units per year. The factory operates on two shifts and has 3,334 personnel.

Okazaki manufactures the RVR plus the Outlander and Outlander PHEV. It operates two shifts with 3,041 personnel and has the capacity to turn out 234,000 units per year.