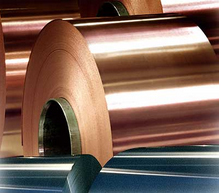 Metal producer Kobe Steel has admitted delivering aluminium and copper products in the past year which did not meet specifications agreed with customers, leaving Japanese car manufacturers concerned about the impact on their own output. Kobe is conducting internal quality and government-ordered safety checks, but has already stated that affected products account for about 4% of its shipments of aluminium and copper parts, plus aluminium castings and forgings.

Kobe said that it discovered in late August that some aluminium and copper products did not match inspection documents; discrepancies relate to characteristics such as dimensions and tensile strength, according to Japanese media reports. Executive vice-president Naoto Umehara told a press conference that workers were “feeling pressure” to meet deadlines to deliver products, but denied that data fabrication was ordered by senior management. He conceded, however, that “we have no choice but to think that the data manipulation was conducted systematically”.

Approximately 19,300 tonnes of flat rolled and extruded aluminium, 19,400 units of aluminium castings and forgings, and 2,200 tonnes of copper strips and tubes were sent to around 200 customers. The products were made at Kobe’s plants at Moka (Tochigi Prefecture), Inabe (Mie) and Shimonoseki (Yamaguchi), and at subsidiary Kobelco & Materials Copper Tubes in Hadano (Kanagawa).

“We immediately stopped further shipments and notified our customers,” a Kobe spokesman told Automotive Logistics. “We are working together with our customers to determine what effect our non-conforming materials have had on their products … [and] to verify whether the non-conforming materials have affected the quality and safety of their products. So far, we have found no problems.”

A Nissan spokesman told Automotive Logistics: “We have confirmed that aluminium from Kobe Steel is used in the hoods and doors of some of our vehicles. As hoods are related to pedestrian safety, we are working to quickly assess any potential impact on vehicle functionality.”

A Honda spokesman said: “Having had an investigation on our products based on Kobe Steel’s announcement, we confirmed that an aluminium produced in that specific period was used in doors and bonnet of our automobile products. Our products will only use aluminium that passes the internal inspection.”

Toyota, Mazda, Subaru, Suzuki and Mitsubishi are checking to see what degree their vehicles may have been affected.

There is no suggestion at this stage that vehicle safety has been compromised, nor have any recalls been announced, and Nikkei notes that a violation of client quality specifications does not equate to a breach of Japanese law on industrial standards. Nonetheless, the problem threatens to damage the reputation of Japanese manufacturing.

In addition to the aluminium and copper products, it has now emerged that the company may also have fabricated data on iron powder used in automotive gears, engines, steering mechanisms and brakes. A Kobe Steel spokesman confirmed that it was investigating the matter.