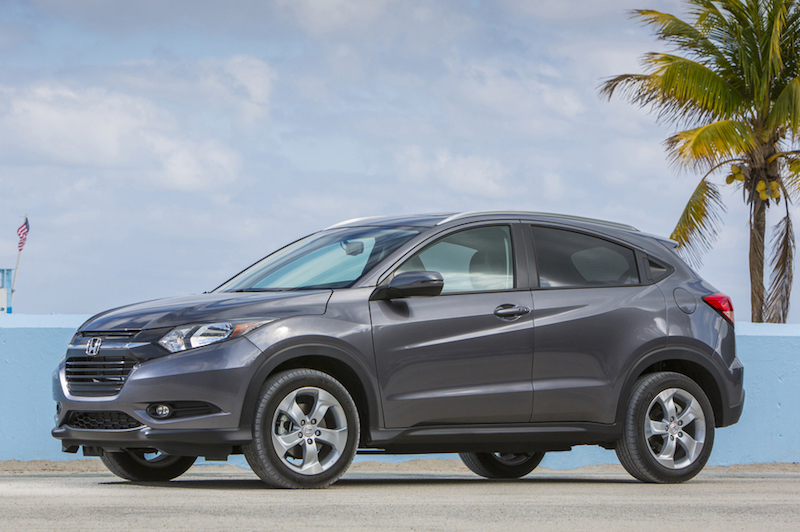 "The management, including myself, must lead in changing our mindset, and every associate needs to change their perception and the way they work,” said Honda CEO Takahiro Hachigo at a news conference in Tokyo last March. “We need to realise a renovation of Honda’s manufacturing.” To some, Hachigo’s comments seemed curious. After all, its key US market was strong and Honda was breaking sales and production records in North America. But a realignment of several exchange rates and projections of where the main global growth will be in the next decade mean that the Japanese OEM cannot take a business-as-usual approach.

One of the main shifts in its North American manufacturing operations will be the transfer next year of the CR-V from Mexico to the US. In 2015, Honda’s El Salto plant in Jalisco built 63,126 vehicles – all of this model. The newer Celaya factory in Guanajuato, meanwhile, produced a combined total of 144,659 units of the smaller Fit hatchback and HR-V crossover SUV. An overall output of 207,785 vehicles was a new record for Honda dé Mexico (HdM).

Even though production records were set, the Celaya plant, which opened in 2014 and employs close to 3,000 workers, is still far from its 200,000-unit annual capacity. Designed to make fuel-efficient sub-compact models, it may yet take some years to reach this number due to the low price of petrol; the Fit sells well enough, but Honda’s larger, bigger-engined SUVs such as the CR-V are proving more popular.

Honda has the capacity to make 200,000 cars per year at Celaya

Honda’s newest North American vehicle plant is spread over 5.66m sq.m near Celaya and lies 338km east of El Salto. It features the following high-tech capabilities: a high-speed servo stamping press and die change process, boosting efficiency by 40%; a highly efficient general welder system to join body panels, significantly reducing the number of welding robots (although the total number of weld points has risen); a three-coat/two-bake, water-based paint process instead of the traditional four-coat/three-bake method, decreasing energy consumption in the paintshop by approximately 40%; reduced heavy-lifting processes, increased in-plant sub-assembly and other strategies enabling the more precise and efficient assembly of both the Fit and the HR-V; and light-emitting diodes throughout the factory to cut energy use.

Meanwhile, El Salto produces motorcycles and automotive parts, in addition to the CR-V, for which it has a capacity of 63,000 – the level it has been operating at for several years. El Salto, which actually built slightly more than its official capacity in 2015, cannot keep up with demand for the CR-V and so production is being transferred to the far larger Greensburg plant in Indiana. The CR-V continues to rival the Toyota RAV4 for the topselling SUV slot in the US, but the smaller HR-V is also climbing up the sales charts. Along with the Fit hatchback, the HR-V is proving a good performer in Mexico, a market in which Honda is increasingly strong.

Changing the production footprintThe existing CR-V and the HR-V use different platforms, so converting El Salto to build the smaller of these two SUVs will not be straightforward and cannot happen until 2017. What this will do though, is give all of HdM’s vehicle and transmission plants a boost, as continued strong demand for the HR-V in all North American markets will be easier to meet. Summarising the scheduled production moves for 2017, Honda Manufacturing of Indiana (HMIN), which already builds the Civic sedan, will gain CR-V production, while the CR-V will continue to be produced at the East Liberty Auto Plant, Ohio, and at Alliston 2 in Ontario, Canada; the CR-V will be lost at El Salto, which will only make the HR-V; both El Salto and Celaya will produce the HR-V. Honda will not say if capacity at El Salto will be increased, but this seems likely. 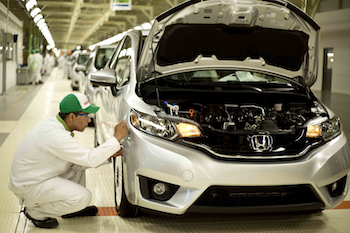 Celaya currently makes the Fit as well as the HR-V

Following a scheduled mid-life refresh, the replacement for the HR-V (Honda Vezel in some countries) is expected to appear in 2019. As well as at El Salto and Celaya, global manufacture – or in some cases assembly – will probably take place at the same plants which make the existing vehicle: Yorii in Japan; Wuhan 1, Dongfeng Honda and ZengCheng 1, Guangqi Honda in China; Sumaré in Brazil; and Campana in Argentina.

The fourth-generation Fit (Jazz) small car is, like the next HR-V, still three years away. Celaya will commence building a face-lifted car during 2017 as the existing 2TF series model passes the middle of its lifecycle. The next Fit is due to roll off the line at Celaya in 2020. This will be within six months of production commencing at Yorii, which will again be the lead global manufacturing location. Fit 4 will feature an evolution of the platform used for the current Civic (development code: 2SV), next Accord (3GA), future Acura RDX (2DU) and other models.

As well as the vehicle manufacturing operation, Honda’s complex at Celaya houses a $470m transmission plant. Here, 1,500 personnel produce continuously variable transmission (CVT) gearboxes for the Fit and HR-V. CVT production began in H2 2015, with an initial capacity of 150,000 units. This is scheduled to double by the end of the decade and, thanks to low labour costs, large-scale exports are planned.

Honda says it chose a CVT for the Fit and HR-V rather than a dual-clutch or conventional torque converter automatic due to its greater fuel efficiency and more linear acceleration compared with the alternatives. One of the main disadvantages of CVTs has always been excessive engine revving. Honda’s transmission has a newly designed torque converter that is thinner but with an increased capacity. This is claimed to optimise the transfer of engine power and torque and eliminate the traditional sensation of over-revving.

The latest CVT has a 14% wider ratio range, which means that the engine operates in a better range for both performance and fuel efficiency, especially at higher road speeds. Other improvements include a warm-up system for the CVT itself and new transmission fluid which brings the benefit of reduced pulley pressure on what is now a high-rigidity drive belt. Honda’s engineers redesigned the oil-pressure control unit and stator flange for enhanced functionality, while the park gear was integrated with the output pulley. This allowed both the weight and the size of the unit to be reduced.

Honda further specified a smaller forward/reverse mechanism with a reduced-diameter ring gear. Manufactured with higher-strength steel, this is another reason why the CVT can be more compact. Such was the attention to detail in the design of this transmission that even the CVT fluid volume was reduced so as to lower overall weight. The final shaft, differential and bearings also help in the total reduction – 16% compared with the previous Fit’s five-speed automatic.

When it opened, Celaya became Honda’s third transmission facility in North America, joining manufacturing operations in Georgia and Ohio and giving the company in excess of 1.7m units of capacity this year. That compares to just under 1.4m when only the two US facilities were in place. At full capacity in the coming years, the total is expected to exceed 2m gearboxes per annum.