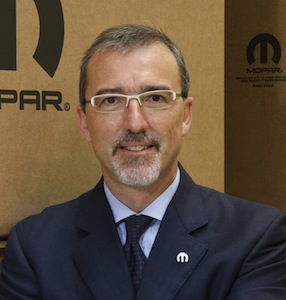 US – Fiat Chrysler Automobiles (FCA) confirmed that Pietro Gorlier’s appointment is effective from June 30 and that he retains his responsibilities as head of Parts and Services (MOPAR) and a member of the executive council, held since September 2011.

As COO Components, Gorlier will replace Eugenio Razelli, who is leaving the company, and will report directly to Sergio Marchionne, CEO. Meanwhile, Magneti Marelli named him as its CEO.

Gorlier joined the Group in 1989 via Iveco and held various positions in logistics, aftersales and customer care before moving to the automobile business in 2006 in network development.