Going with the mold 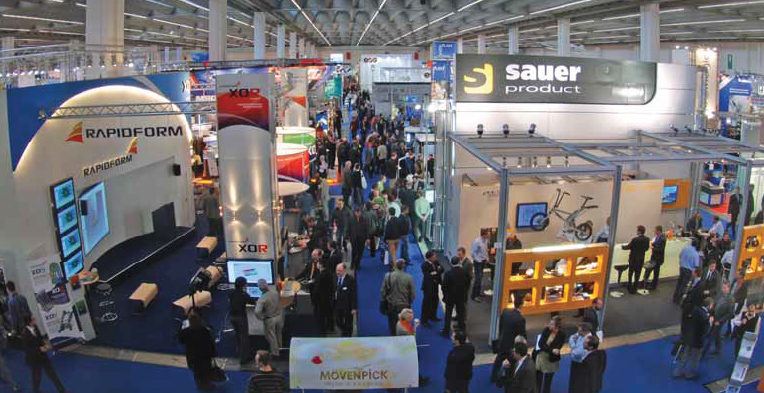 EuroMold, the world’s leading trade fair and exhibition for mould-making and tooling, and their design and application development, takes place at the Exhibition Centre in Frankfurt am Main from December 3-6, 2008.

It’s hard to think of a trade fair that’s more important to its industry sector than EuroMold. It has been growing since the first event in 1994 by every appropriate measure – more exhibitors and visitors, larger floor coverage and more markets. More than 65,000 visitors attended the 2007 event, where 1,600 exhibitors had set up stands.

One of the factors that makes EuroMold so important is that visitors arrive with the power and resources to make decisions on the spot; exhibitors, likewise, are geared up to meet their business needs.

Towards the top of many automotive visitors’ list will be Autodesk (Hall 6.1, stand C65). Autodesk Labs enables designers to prove designs can stand up to the pressures they’re expected to bear within the modelling environment. Inventor now has a 2D to 3D tool available for download, which will save a lot of time in conversion and is compatible with Inventor series II, 2008 and 2009. 2D geometry is imported from an AutoCAD drawing using the Import Wizard in Inventor or by using the Copy and Paste tools. 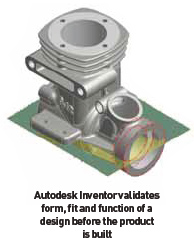 The graphical user interface is simple and intuitive, using the familiar format of drop-down menus. Shrinkwrap Add-in for Inventor, for the creation of envelope parts from Inventor assemblies, allows the creation of substitutes for use with alternative representations in Autodesk Inventor, with simplified data for complex purchased assemblies. Very importantly, it reduces detail of production data to protect intellectual property. Also available will be advanced views of Inventor LT Preview 2009.

Dassault Systèmes (Hall 6.0, stand D66), whose range includes SolidWorks, Catia, Simulia and Delmia, recently launched 3DVIA, whose declared mission is to ‘democratise the usage of 3D so that everybody can use it in everyday life, either at work or at home, through the web’. The suite runs to six applications: 3dvia. com; Composer; Virtools; 3DLIVE; XML Format; and 3DVIA MP. While the first are serious industry tools with clear auto industry functions, MP is intended for multi-platform game collaboration, allowing all key development functions to work together on the same project at the same time.

Perhaps the most important development from Dassault Systèmes this year is V5R19 (Version 5, Release 19) of its PLM portfolio. It incorporates all the Dassault Systèmes brands (bar SolidWorks) and was introduced at its launch in September as showing the company’s commitment to further developing V5.

TRUMPF Gruppe (Hall 8.0, stand F93) is expected to exhibit its TruMatic 7000 punch laser combination machine, which has an array of innovations and new features to boost productivity, operator safety and performance. It is claimed to be faster than any predecessor in combination processing, which it achieves from the inclusion (among other features) of flying optics. That enables the machine to exploit additional axes in X and Y directions, allowing it good distance and rapid positioning.

Up to four parts can be cut out and removed at the same time, with the help of the SheetMaster loading and unloading unit. An active die is available for punching and forming work; it drops down after each step, ensuring it is not touched by the part being worked on when it’s moved – and that means scratches are prevented and the operating space itself is expanded, up and down.

The most recent addition, demonstrated for the first time in October at the EuroBlech show in Hanover, is integrated tool management. It combines tool data with process data and is provided to everyone and everything involved – storage, set-up, measurement, tool grinder, programming and machining. It helps to save time on ensuring all required tools and equipment are present and available, as well as reducing errors.

Operators also benefit, with an emphasis on ergonomics and user-friendliness. The machine can be operated from a seated position; foot and armrests can be individually adjusted. Lighting from the medical industry improves visibility and new guidance features boost placement accuracy and therefore speed.

If that isn’t enough, take time to look at Trumpf ’s TruLaser 5030, designed for cutting stainless steel sheet up to 30mm thick, and the TruLaser Cell 7040, with improved mechanics and redesigned software. Hexagon Metrology (Hall 8.0, stand F98) has brought representation from five of its leading businesses and brands – CogniTens, DEA, Leica Geosystems, Romer-Hexagon and TESA Deutschland.

Leica Geosystems’ Absolute Interferometer (AIFM) in the Leica Absolute Tracker now has the capability of measuring absolute distance on a moving reflector, which enables it to re-establish an interrupted laser beam and immediately measure a moving target. The company’s Absolute Tracker features improved distance accuracy, down to 10 microns within a measurement volume of up to 80 metres. The small-footprint, transportable Leitz Micra co-ordinate measuring machine (CMM) features high-accuracy 3D probing from the company’s new, miniaturised LSP-X1 scanning to provide single-point and surface scanning as standard. 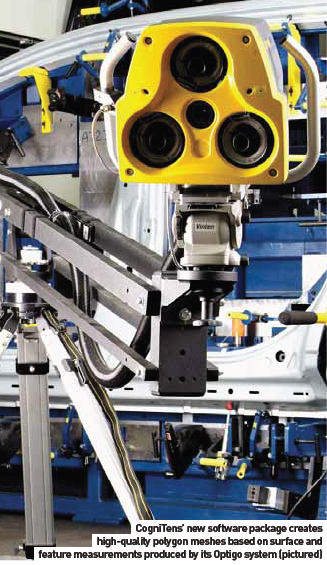 (STL), based on rich surface and feature measurements produced by its Optigo and OptiCell systems. They form part of its software version 3.72, which extends 3D digitizing and reverse-engineering capabilities. BASF (Hall 6.1, stand F97) recently announced that Tier One supplier Sika Automotive has selected its Ultramid A3WG10 CR high durability and strength polyamide for manufacturing a structural insert for the new Peugeot 308 SW. Ultramid A3WG10 CR is a chemical-resistant plastic, reinforced with 50 per cent glass fibres. It’s able to absorb a great deal of energy and is suitable for high temperatures and high dynamic loads.

The insert is a two-component injection-moulded composite piece that first creates a high-strength plastic support, which is then encapsulated with SikaReinforcer. BASF’s Integrativ Simulation incorporates the elaborate mechanical characteristics of the material, enabling highlyloaded parts to be safely developed.

In more traditional materials, Bohler Uddeholm (Hall 8, stand J30) is an established supplier of cold-rolled or coldprofiled strip steel in various alloys, and precision coldrolling of steel down to 10 microns. Its laser-welded bimetal strip is used by the world’s leading manufacturer of saws. The company specialises in the production of highlyresistant cold-rolled strip through welding of different metals and is also known for heat treatment and martensitic hardening; mechanical edge treatment of thin gauges; grinding and polishing and corrosion and wear-resistant steel technology.

Returning to lasers, Rofin Sinar Laser (Hall 9.0, stand A39), one of the world’s leading developers and manufacturers of high-performance laser beam sources and laser-based solutions, has been growing during 2008. Visitors to Euromold may have their first chance for a closer look at CUBE, an all-purpose workstation for cutting, welding, structuring or marking in both manual and semimanual manufacturing, announced in March 2008. With the combined use of galvo scanner head and positioning axes, it offers fast, exact and large-area processing, or robot feeding through the automatic doors.

The latest, third-generation version of Rofin’s Sweet Spot Resonator extends the technology to the 200W power level. It ensures that the laser’s pulse characteristics are the same from first to last, to provide constant-depth welding. The accuracy and sensitivity of Rofin equipment is demonstrated by the company’s EasyJewel system, which was originally designed for marking precious metals but engraves diamonds with letters just 1mm high.