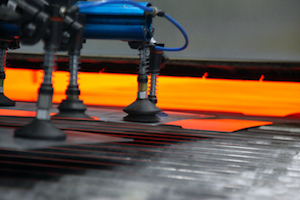 Brazil – The Spanish company has invested €24.9m to set up a new hot stamping plant in Betim (Minas Gerais, Brazil), that will serve Fiat Chrysler Automobile (FCA), supplying parts for the Fiat Palio and Siena models. The new plant, which will also be equipped with laser cutting and assembly cells, will manufacture structural and body parts.

The facility is currently doing test runs and will be ready for mass production by the summer; it will employ a total of 82 people by the end of 2017. Loire Gestamp, the Group company specialising in the design and manufacture of press lines, was commissioned to design, produce and install the hot stamping line in the new plant, which includes a 1,200-ton press. This line includes automatic connections to change tooling, thermal imaging cameras and a monitoring system.

The company says it is already supplying General Motors, Volkswagen, Renault-Nissan, PSA, Honda, FCA and Ford in Brazil, and this new plant is its seventh in this market. In addition, the company also has an R&D centre in the country.