With a new management team, manufacturing strategy and approach to production, Canoo continues to develop its business. AMS spoke with VP for manufacturing, Frank Faga, to find out more 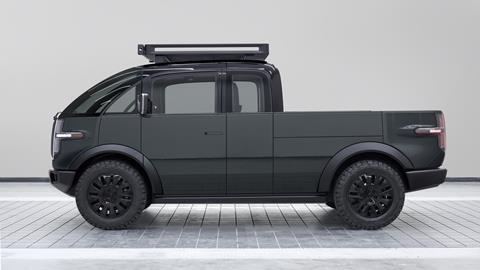 In early 2020 we interviewed the then manufacturing team at Canoo to discuss the design and manufacture of their skateboard platform-based vehicles. At that point the steel bodies would use high-strength, roll formed sections to create the BIW, with finish panels being made of coloured thermoplastic, reducing the need for more paint processes. Also, Canoo was not looking to establish its own manufacturing operation, due to the set-up costs and time required to get a vehicle to market. Instead the plan was to use contract manufacturers.

However, much has changed since that interview. At an investors day in June this year the new management team announced it would be manufacturing its own vehicles,  setting up a new production plant in Oklahoma. This would be part of a two-part plan with phase one seeing the Netherlands based contract manufacturer VDL Nedcar starting the initial phase of production while the Oklahoma site is built. So, the message was greater ownership of the technology and operational side of bringing it to market, and that production would be more vertically integrated. 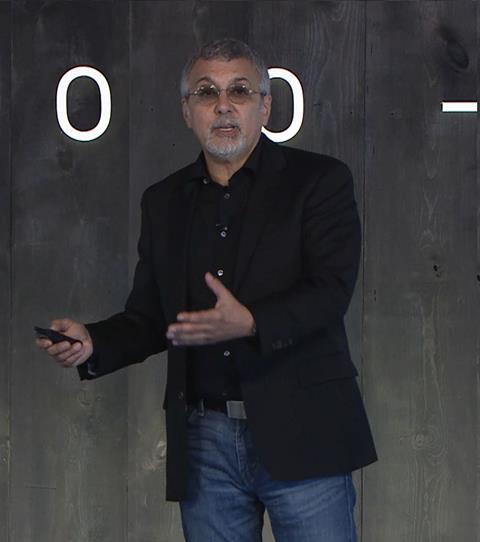 Discussing the reasoning behind this change of direction Faga says: “Primarily, we see it now as our product and our processes, we consider it intellectual property. And if done properly it really does reduce costs. It does require the investment and an awful lot of planning, but at the end of the day, with the right methodology and training people in the right kind of production systems, we can provide a lot more for our customers and for the market at a better price.

“But takes time to build a factory, to select the site, get it constructed, get all the equipment processed. So, this gives us the opportunity, working with Nedcar, to go fast to market and build vehicles. And having our own factory, we can utilise that site like a resource. In addition to just building our cars, I can send my new hires there, selected ones, for a certain amount of exposure to automotive manufacturing and training, and then also use the Nedcar people potentially as advisors to come back and help at the shop floor level. So, I think it’s a really good synergy on all counts. With vertical integration, when you’re really a car manufacturer, you should be able to build your components and avoid the logistics and the material carrying process, etc.”

“While we have done a lot of things in the last 20 years with trying to figure out how to get the right parts in the operator’s hands at the right time, in the right quantities, what we haven’t cracked, until now, is how to get these vehicles to have different takt times and still keep them synchronised” – Frank Faga, Canoo

Asked about any changes to the design and build process since Canoo made the decision to invest in its own production operations, certainly in terms of materials and components, Faga notes that while he hadn’t been part of the original development, changes to design, materials and components are generally a natural part of the process of getting any vehicle into production: “At some point in Canoo’s history they switched to steel for outer panels. But, just thinking forward, any level of component manufacturing and planning is always looking for savings and improvements to process. And rather than look at where the project was when I came in, we just started thinking about how we would build the car, build the vehicles, using some of our expertise from a lot of years. And we’re already starting to see some significant improvements, which are normal. That’s not a knock against anything in the past. It’s normal for us to constantly be looking for a route that will allow me to implement more variants with a platform, and mixed model production at the best value for the customer. And that usually translates to lowest total cost.”

An alternative concept for production
During his part of the investor day presentation Faga offered a brief outline of how Canoo would approach the production process of its vehicles, citing a mega-micro factory concept. Although at this stage he was unwilling to reveal the details of the planned production operation, he did offer some clues to AMS as to how this might work and some of his goals with this approach.

“People talk about mega-factories being a big factory and a micro-factory being a low volume factory. What we’re doing is a little bit different. So, in the past, I have had to build multiple models and to produce those multiple models with the work content, model to model, has to be similar in terms of work time and build sequence. But if it’s not exactly similar then you work out what’s the right sequence to put the vehicles in at any given time based upon your schedule, to have a level and balanced schedule so that you can put the right number of people, not the total number of people, but the right number of people on line and not go too far into the next takt zone.

“What I wasn’t able to do is modify takt times. If you try to modify takt times vehicle to vehicle, you end up in an asynchronous situation where other vehicles want to move while other ones are hanging back or, worse, another vehicle wants to pass one, and that’s kind of hard to do on an assembly line.

“So, this whole concept is focused on how we would implement mixed model production, and a lot of variants, on line, but still be able to modify the takt time without affecting the takt times of the other vehicles, that’s what the team is working on, how to accomplish this. And it’s a work in process, but we’ve got the kernel of it and it’s going to be fairly significant”.

In developing this approach to manufacturing Faga notes that he’s drawing on experience of a similar process: “I’ve done this mechanically once before. The first time I’d ever seen it and done it, was in the ‘90s in a previous factory.” Faga doesn’t want to name the manufacturer or location. “So, I did it in a very simple process. Right before the vehicles went into the roll test at the end of assembly, I created an area where the significantly higher content vehicles went somewhere else. And not only were they higher content, they had different kinds of materials in the vehicles. So, they turned off and went into a physical mechanical loop, a parking lot, inside the factory, and there we had the materials in a grocery store type process and operating teams with grocery carts. They’d read the manifest, pick out the parts and bring them back to the vehicles. And then those vehicles would be reinserted into the system. And it still operated within the day, they came back [to the line] a few vehicles later. And it was that extra amount of time that was there.

“While we have done a lot of things in the last 20 years with trying to figure out how to get the right parts in the operator’s hands at the right time, in the right quantities, what we haven’t cracked, until now, is how to get these vehicles to have different takt times and still keep them synchronised.” 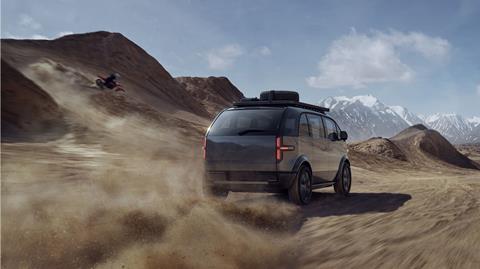 Adding value through vertical integration
Another part of Canoo’s new strategy is to be highly vertically integrated in its manufacturing operation. As Faga mentioned earlier, the company sees great value in owning all aspects of its product offering, considering all the technologies it is developing as IP. As well as offering a high degree of control, producing key vehicle components in line-side subassembly stations would also support Faga’s goal of achieving flexibility whilst maintaining the synchronicity of the assembly process, and allowing for high levels of vehicle customisation, something that is a big part of Canoo’s customer offering.

Another important aim for Faga is to ensure a high degree of asset re-utilisation as the product develops through different variants of vehicle models: “The intention here with the manufacturing process, is to make that main assembly line, whether it be in general assembly or body shop, last. I’m a huge believer in asset re-utilisation, but how do I make that last and just implement tooling changes on the fly so I can keep this going? Well, the way I do that is I have to have the vehicles, no matter how they’re designed, to assemble in the same sequence. I guess, this is a bad analogy, but take the way a roof is built, it might be a really tall roof with a lot of rows of shingles or it may be a shallow roof with less, but you still go from the bottom to the top.

“I’m a huge believer in synchronicity as opposed to an asynchronous system, the reason why that’s important is I consider every non-conformance a line balancing issue. So, an asynchronous system is hard to contemplate. I can’t see the last thing that reached cycle complete. And, if I’m constantly trying to make improvements, a quality problem, a training problem, a material problem, a defect, whatever you want to call these different non-conformances, they’re all line balancing issues. So, I’m talking about creating a synchronous system that somehow manages to have different takt times.”

What Faga hasn’t yet revealed is exactly how the vehicles (and components) will move through this manufacturing process, or how it is set up, but a press release suggests a highly automated process that assembles both the cabin and multi-purpose platform chassis in parallel.

• Canoo has announces that Netherlands based VDL Nedcar will be its contract manufacturing partner as the first part of a two-phase plan to manufacture its EVs. While Canoo builds its US-based mega microfactory in Oklahoma, the contract manufacturer will start production of the Lifestyle vehicle for the US and EU markets, supporting Canoo’s aim to start production and deliver vehicles in Q4, 2022. Initial volumes will be up to 1000 units for both the US and European markets in 2022 with a target of 15,000 units in 2023.

• Canoo has chosen the US state of Oklahoma as the location to build its mega microfactory. The 400-acre site at the MidAmerica Industrial Park will include a full paint, body shop and general assembly plant and is targeted to open in 2023.

Watch the video with more details on Canoo’s skateboard platform

SKATEBOARD from Canoo on Vimeo.