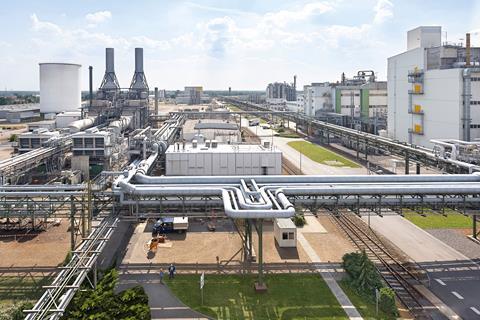 According to Automotive Logistics Jaguar Land Rover is adjusting production of the I-Pace due to a shortage of battery cells. The supplier LG Chem produces the battery cells at its plant in Wroclaw, Poland. It has also been reported that Audi (also supplied by LG Chem) and Mercedes-Benz are having similar issues with battery supply, although Mercedes has since denied there is a problem.

Concerns regarding battery and cell production capacity in Europe have been voiced for some time, along with issues surround the sourcing and supply of the raw materials. Many of the European OEMs have been investing in either adapting existing facilities to assemble the packs, or creating JVs with suppliers to build new production plants. Northvolt CEO, Peter Carlsson, suggested that Europe will need at least 10 battery Gigafactory’s by 2030. The Swedish battery cell producer is partnering with VW build a production plant near Salzgitter.

However, it is not just the cost of disruption to production that OEMs will have to content with, another issue could be a (short term) increase in the cost of the batteries. Daniel Harrison, Automotive Analyst at Ultima Media noted that “Although battery prices are generally on a downward trajectory, until supply chain issues and capacity is ramped up to meet demand, there is some evidence that battery suppliers can sell to the highest bidder. So, we could see a temporary spike in prices. Classic supply & demand economics at play.”

Investment in battery and cell production in Europe is continuing with BASF is announcing a new battery materials production site in Schwarzheide, Germany. The company says the plant will produce cathode active materials (CAM) with an initial capacity enabling the supply of around 400,000 full electric vehicles per year.

BASF says production capacity at Schwarzheide can be scaled up quickly due to its modular design and infrastructure and that the plant will use precursors (PCAM) from the company’s previously announced plant in Harjavalta, Finland. Start-up of the two plants is planned for 2022.

Harrsion commented “This is an unsurprising but welcome announcement from BASF. Despite numerous plans for many Lithium -Ion Gigafactory’s across the continent, Europe is behind the curve when it comes to EV battery production and has to import most of the cells. But this is particularly so regarding the ‘upstream’ element of the value chain as currently the vast majority of battery cathodes materials and raw materials come from China and Japan. So, this news is a positive move by BASF and a step towards a more localised supply chain for the EV revolution in Europe”