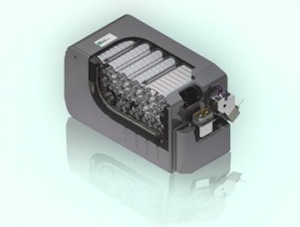 Germany – The vehicle-maker will become the sole owner of Li-Tec Battery and Deutsche ACCUmotive after buying all of the shares held by Evonik (50.1% and 10% respectively). Details of the acquisition have not been released.

Daimler and Evonik previously collaborated on developing the serial production of lithium-ion battery cells for electric vehicles (EVs). Li-Tec, with 380 employees, is based in Kamenz, while ACCUmotive has 230 personnel in Kirchheim/Teck. The latter, which was established in 2009, opened a second production plant at the same location last year.

Harald Kruger, head of development at Mercedes-Benz Cars Electrics/Electronics, commented: “Along the value chain for drive-system batteries with lithium-ion technology, we now have the two most important components: the production of battery cells and the related development and production of highly complex drive-system batteries as a combination of cells and battery electronics.”

He added: “In this way, we secure not only expertise in electric mobility, but also the sites in Kamenz and Kirchheim/Teck.”