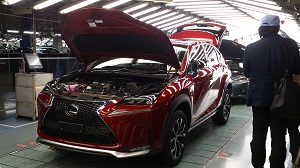 Japan – Vehicle-makers have been obliged to temporarily suspend production at a number of plants after earthquakes in the south of the country on April 14 and April 16.

Honda initially announced a suspension of production until April 22 at its Kumamoto factory but has now extended this to April 28, because of damage to the facility. Production plans will depend upon progress made in repairing the plant and restoring components supply. Honda's mini-vehicles subsidiary, Yachiyo Industry, will shift to limited production from April 22. Other manufacturing facilities are expected to operate as normal.

The affected Toyota Group plants are:

Nissan and Mitsubishi also experienced disruption to their manufacturing operations.