Sustained investment by global vehicle and component manufacturers, the local authorities and the government, has helped Sunderland to become a key carmaking hub in the UK 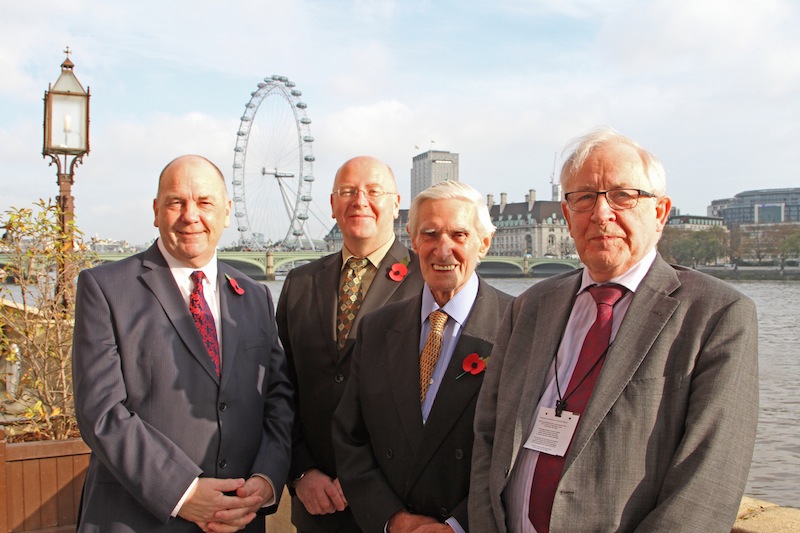 Leading the UK’s new, sustainable, export-led car industry is Nissan at Sunderland. Long hailed as the most productive car manufacturing Facility in the UK, the company’s Sunderland plant set a new record by making 511,000-plus vehicles in 2012. The introduction of two new versions of previous models stopped the record being broken again in 2013, but the plant is on course to set yet another production record in 2014.

The UK’s carmaking industry has totally transformed itself since the 1970s. New brands in new automotive manufacturing locations have driven the changes, according to a recent report that was commissioned by MAKE it Sunderland and written by Garel Rhys, emeritus professor of Motor Industry Economics at Cardiff Business School: ‘The Motor Industry in the UK: A Cool Shower of Reality’.

As Professor Rhys noted, “The number of cars made in the company's Sunderland plant since 2009 has been nothing short of remarkable in the annals of carmaking in the UK.” The ‘big two’ of Nissan and Jaguar Land Rover (JLR) are continuing to lead British car production, which is a major part of both the UK’s manufacturing and export success stories, with around 80% of the sector’s output sold overseas.

Since Nissan chose the city for its European base over 25 years ago, Sunderland has developed world-class facilities, broken production records and attracted a strong and growing supply chain of component manufacturers. More than 10,000 people now work in the sector.

The strengths of Sunderland for the automotive sector rest not only in the good health of Nissan, but also in the city’s highly skilled, willing and ambitious workforce; Nissan Sunderland is one of the best plants in Europe for labour productivity. The region’s colleges and universities offer a comprehensive, often leading-edge, range of automotive skills training courses, including the UK’s first automotive design degree at the University of Sunderland, the first dedicated low-carbon training centre and the Institute for Automotive Advanced Practice.

Colin Lawther, Nissan’s senior vice-president for Manufacturing in the UK, said: “Nissan [Sunderland] is very proud to be the UK’s biggest-ever car factory, and to be the only plant to surpass 500,000 [units] annual production.” He added: “Since the start of production in 1986, North East England has become an international automotive centre with more than 26,000 people employed at Nissan and in the region’s supply chain. These achievements are down to the efforts of the management team and workforce at the plant, and strong support from our partners at Sunderland City Council and the UK Government.”

A collection of component makers
World-leading automotive components companies have also made the decision to locate at Sunderland, and a number of them have announced expansions this year. For example, US automotive giant Lear Corporation is making a multimillion-pound investment this year to more than double the size of one of its Sunderland factories, with plans to create over 100 new jobs.

Located close to Lear in Sunderland is TRW, the automotive steering systems manufacturer. TRW is creating 130 jobs and doubling its factory floor space to cope with expected demand from international clients for a new technology developed in the city. Sunderland City Council is investing £4.6m ($7.2m) in US-owned TRW’s extension at the company’s Rainton Bridge site. The project, which will be completed in 2015, has also won £1.95m from the Regional Growth Fund (RGF) to equip the new building with extra production and assembly facilities.

TRW needs the additional space for the assembly of the electric motors used in its new steering technology, created by the company’s R&D development team in the UK. The company exports 100% of its Sunderland output and is predicting strong demand from Chinese and European carmakers.

It is not only multinational vehicle manufacturing and component companies that are thriving in the city’s automotive sector. Smaller enterprises such as Expert Tooling and Automation, which opened in Sunderland in 2008, are also growing fast.

Expert Tooling is embarking on a major expansion which will see it triple its assembly space by building a 30,000 sq.ft factory at Rainton Bridge. The expansion will create up to 25 new jobs. The company began with two employees six years ago and is now a multimillion-pound business at Washington, UK, with more than 40 full-time employees, designing and building machines which make everything from car parts to inspection equipment. It has won worldwide automotive manufacturers and tier one suppliers as customers, including: JLR, Nissan, Mini, Aston Martin, McLaren, Rolls-Royce, Bentley, Gestamp Tallent, Calsonic Kansei and TRW.

Sustainability in Sunderland
Designated the UK’s first Low Carbon Economic Area in 2009, the North East leads the country in ultra-low carbon vehicle manufacture, with both Nissan and Smith Electric Vehicles pioneering research and production. Nissan has invested £420m in the manufacture of its all-electric Nissan Leaf at Sunderland, along with the company’s first lithium-ion battery plant outside Japan.

The launch of the Leaf in 2013 came three years after Nissan confirmed that its Sunderland plant had won the race to build the revolutionary car for the European market. Together, the battery plant and Leaf production are supporting jobs for more than 2,000 people in the UK car industry. Nissan’s executive vice-president Andy Palmer said: “The Nissan Leaf is our most technically advanced car yet, and this new model, built along with its batteries in Sunderland, is a huge boost not only for the plant but for British manufacturing.

“We have been showing that you can operate a world-beating plant in the UK for almost 30 years, and the construction of the battery plant is a vote of confidence in the country’s ability to support high-technology manufacturing.” 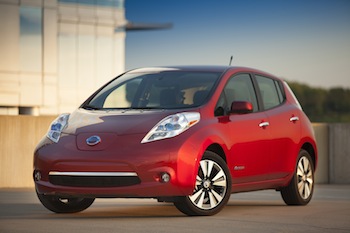 In his report, Garel Rhys highlighed that Nissan and JLR are leading the drive to surpass the 1972 UK car production record, turning the traditional industry model into one which is export-led, with access to many international markets and economies of scale. Rhys’ report states that Nissan and JLR together produced 951,000 cars last year, and that this figure could increase to 1.35m by 2017.

He concluded that the UK automotive manufacturing sector “has a very well spread-out market which enjoys risk–spreading economies of scale. No market is dominant, including the home market, which on average takes only 20% or so of output.
Consequently the present UK market share held by domestic plants is a sign of strength in this type of industry.”

Councillor Paul Watson, leader of Sunderland City Council, said: “Nissan is a hugely important part of the Sunderland economy, and as Prof Rhys’ report shows, it is also playing a vital role in the UK’s economic recovery. We are immensely proud of the plant’s performance and the commitment and resilience of its staff. We are confident they will step up to the mark and will play a crucial role in helping the UK’s car industry to reach the 2m-cars-a-year output goal.”