Diesel – is the final curtain about to fall? 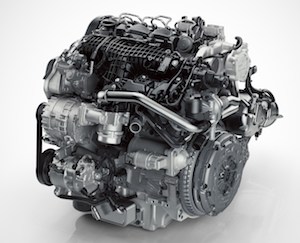 Car companies across Europe are facing a serious problem with their diesel line-ups; whether it is the loss of consumer confidence following the VW crisis, or a rising environmental awareness among consumers, coupled with evident official policy moving against diesel, barely a week goes by without reports of declining diesel sales and impending restrictions on their use.

Toyota, Nissan and Fiat have all said that they are dropping diesels from their passenger line-ups in Europe. Volvo will drop diesels from sale in the UK soon too and will follow suit elsewhere in Europe. Others will do the same; it is just a matter of when.

For some vehicle manufacturers the rapidity of the move away from diesel is a serious problem: JLR’s new engine plant in the UK has been operational for only five years (a very short time in the expected line of an engine manufacturing line) and while it can make both petrol and diesel engines, the diesel half of the factory has an uncertain future.

UK government policy – and especially vehicle taxation bands – has moved substantially against diesel; some UK consumers have switched to petrol, but many have delayed changing their cars as they face up to the consequences of the rapid decline in diesel vehicles’ residual values. Older cars mean worse pollution and more petrol vehicles mean higher CO2 emissions, even NOx from diesels falls.

Meanwhile in Germany, urban authorities have been given the green light to ban diesel vehicles from city centres. Hamburg has banned diesels which do not meet the current emissions standards for new vehicles from two major streets in the centre of the city. To avoid a 25 euro fine for cars or a 75 euro fine for trucks, a lengthy detour is now involved. This may simply transfer the emissions currently sent into the air in the centre of Hamburg to somewhere else.

While other cities will soon follow Hamburg’s lead, companies like BMW and Daimler – who are heavily dependent on diesel – face EU fines because of the overall rise in CO2 emissions. Dieter Zetsche, Daimler’s CEO, told the press at the beginning of June that “our original premises and plans to meet fleet emissions goals are good for the bin” – although Daimler, and other companies, believe they can meet the standards in theory, with consumers deserting diesel in their droves, the industry cannot expect to meet the overall targets required by the EU.

However, whether the vehicle companies’ belief that they can meet current targets will prove to be correct is open to doubt. Press reports in early June following 370,000 sets of measurements under The Real Urban Emissions Imitative (TRUE) suggest that new diesel models launched in 2016 were – on average – 5 times over the EU’s official base line of 0.08mg NOx per km, while 2017 models were 4 times over the limit. ACEA rebutted these claims, describing the results as “misleading”. Scientists on both sides of the agreement will debate these results but it seems to me that those on ACEA and the car companies’ sides are fighting a losing battle.

Governments have moved against diesels, irrevocably. Consumers are accepting this policy in increasing numbers. The industry has to accept this too. The move to fully electric or partly electrified cars, using a hybrid petrol set-up, is unstoppable.

Heavy discounting of diesels may well soon be a feature of the new car market, but as diesel’s share declines, and petrol’s rises (before the move to full EVs really accelerates), then a rise in CO2 emissions is also likely, with more fines for the car companies. The pressure to move to full EVs will only intensify in the near term – and this will mean major pressure on the energy providers and government to ensure the right infrastructure is in place for these new energy vehicles. And that is another challenge entirely.