Severe weather conditions in the US state of Texas over the last ten days have closed down manufacturing locations, including vehicle and parts supplier plants, as well as disrupting delivery routes. 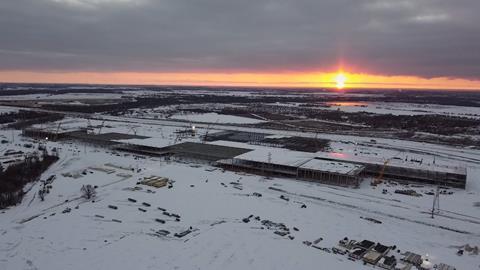 The closures include semiconductor production at three of the US’ main suppliers based in Austin: Infineon, NXP and Samsung Electronics. Those closures compound the current shortage in the supply of semiconductors to the automotive industry, which is affecting production.

Texas is facing historically cold weather conditions following the arrival of winter storm Uri, which has led to blackouts across the state, cutting power to 4m people. Energy providers are focusing on securing supply to residential and healthcare customers, and have asked manufacturers to reduce or suspend output during the storm.

Toyota’s plant in San Antonio has been closed and its plants in the states of Indiana, Mississippi and West Virginia have also been affected, with shifts cut last week. GM’s Arlington, Texas, assembly plant was also closed last week.

Semiconductor supplier Infineon has shut its plant in Austin and said it was assessing the impact of the power outage on a daily basis and notifying customers affected.

Road traffic in the area have been impacted by the storm and Infineon said it was working closely with customers on addressing the situation in the best possible manner.

“We have good relationships with our foundry partners, and long-term contracts,” said a spokesperson for the company. “Our main issue is to get sufficient supply for microcontroller and IoT [internet of things] products across all end markets. Our elevated inventories coming out of the downturn helped us buffer and serve our customers. It is anticipated that an increase in foundry supply will take time, a certain relaxation might come in the second half of the calendar year.”

Meanwhile, NXP has idled its two facilities in the state capital, Austin, following the temporary halt to the supply of electricity and gas, and has notified customers of the prospect of supply disruptions.

“We are carefully monitoring the situation and will resume operations in our Austin facilities as soon as possible,” said David Reed, executive vice-president of operations at NXP. “We are working to maintain our Austin factories in a safe state to enable high quality and reliable supply once operations restart.”

Samsung’s semiconductor plant in Austin stopped operations on February 16 on the advice of Austin Energy. The company said that thanks to prior notice it had taken measures to manage the production shutdown and the timing of the restart was under discussion with authorities subject to restored power.

The interruption in the production of semiconductors will worsen the existing shortage in supply to the automotive industry. The mismatch in planning and purchasing versus demand stemming from the impact of the coronavirus coincided with the impact of the US-China trade war on microchip stocks. As previously reported, the automotive industry experienced greater fluctuations in 2020 than any other industry buying semiconductors and demands from other industries led to capacity constraints in semiconductor fabrication plants.

Since then, there has been another earthquake in Tohoku region around Fukushima in Japan, which has affected inbound supply to Japanese manufacturers, including Toyota. While some carmakers have stockpiled and are averting the problem for the time being, others have already run out, though efforts are being made to prioritise supply to the sector. However, full production volumes are not expected to restored until next year.